It was on August 5th 1914 that Great Britain woke up to the news that we had declared war upon Germany and its allies. The newspapers were full of it and it was anticipated in many quarters that the war would be over by Christmas. No one anticipated that the western world was about to be plunged into such a dark episode in its history nor that so many young lives would be shattered. It was to be the end of innocence.

And that same day, August 5th 1914, a newly born baby announced himself to the world in the back bedroom of a humble brick house - next to a small dairy in the village of Norton, Yorkshire. It was my father, Philip and soon his own father - also called Philip would be marching off to war with the rest - to fight for king and country, leaving my grandmother Margaret to raise her new child. This is the birthday card that my grandfather sent to his baby son one year later in August 1915:- 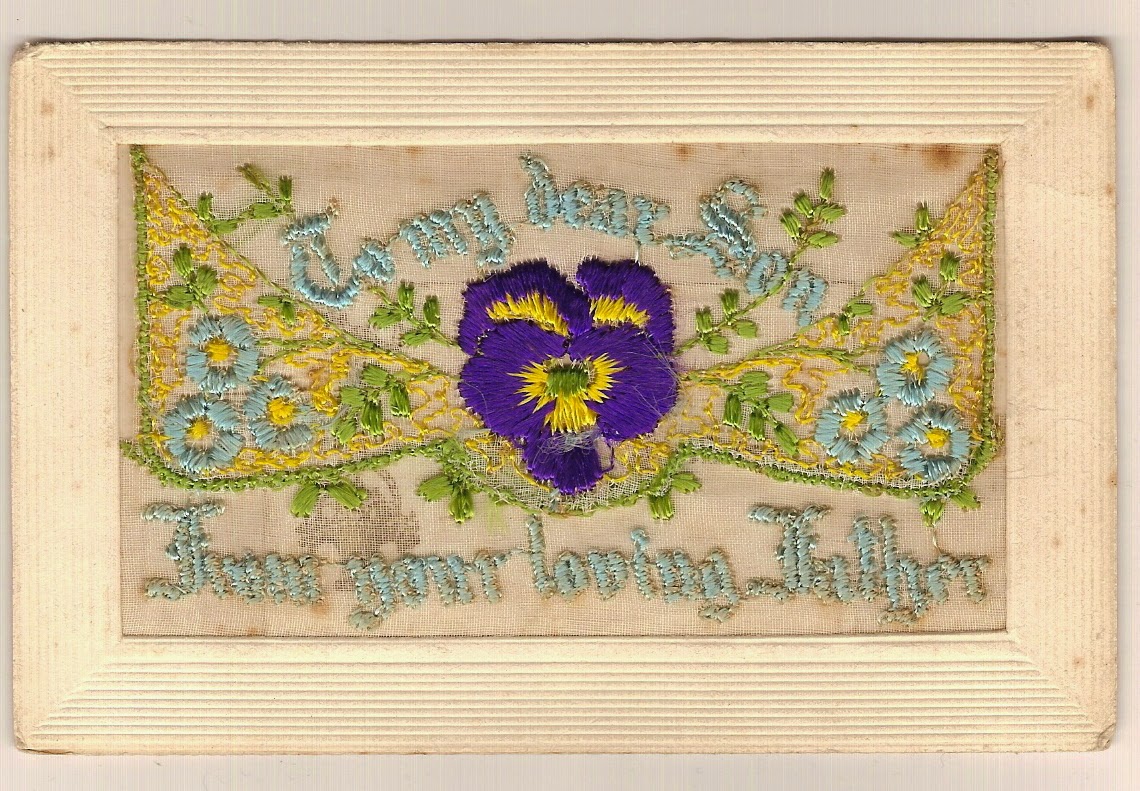 On the reverse he wrote - "For little Philip - wishing him many happy returns on his birthday. With love and kisses from his Daddy". Just like my maternal grandfather Wilfred, my dad's father returned from World War One. No names carved on monuments. They survived - albeit changed by the horrors they had witnessed. That's something many people don't appreciate - the majority of men did return, they were not blown apart on the fields of Flanders or the Somme. They came home.

But let me get back to my father - Philip. If he had lived he would have been one hundred years old today but he died in 1979 from a massive heart attack. He was a good man - a pillar of the community in the village where I was born and raised. He could do many things - played cricket and rugby, played the piano, painted pictures and ceilings, gardened, repaired, counselled, encouraged and was headmaster of our village school for twenty five years.

It might seem bizarre but I think of him every day and have done since I last saw him alive in his hospital bed in Hull - thirty five years ago. I still miss him and though I am sure there's no after life, I want to wish my dad a happy hundredth birthday. Many happy returns Dad "with love and kisses" from his third son.
- August 05, 2014