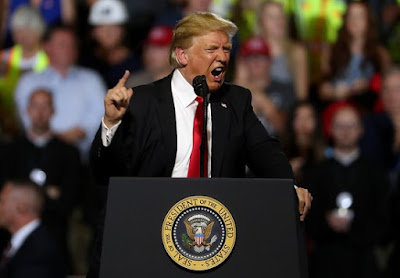 Actually there is something wrong with that word. You only have to look back through the annals of history and you will see why Trump's ignorant use of the term should be chilling to all of us.

There is a subtle but very significant difference between patriotism and nationalism. There's nothing wrong with being a patriot - proud of your home country. This is what Charles deGaulle had to say about the difference - "Patriotism is when love of your own people comes first; nationalism, when hate for people other than your own comes first."

Many other thinkers - far wiser than Donald J. Trump - have reflected similarly on nationalism. Here's what Albert Einstein said, "Nationalism is an infantile disease. It is the measles of mankind." and here's Arthur C. Clarke - "It is not easy to see how the more extreme forms of nationalism can long survive when men have seen the Earth in its true perspective as a single small globe against the stars."

And here's Pope John Paul II - "Pervading nationalism imposes its dominion on man today in many different forms and with an aggressiveness that spares no one. The challenge that is already with us is the temptation to accept as true freedom what in reality is only a new form of slavery."

On a separate Trump issue, his conniving response to the recent pipe bomb deliveries has been breathtakingly audacious. He has sought to use these troubling events to his advantage by once again throwing mud at the news media. No word of sympathy for The Obamas, The Clintons, Robert deNiro, Joe Biden or staff at CNN New York - just another hefty slap in the face for "fake" media when ironically it is Trump himself who has stoked the kind of division and unhealthy nationalism that will produce such outrageous acts. 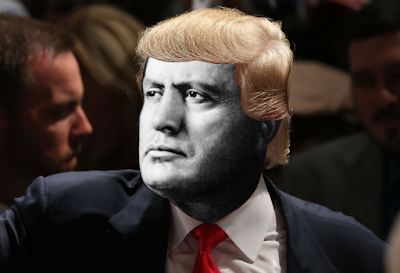