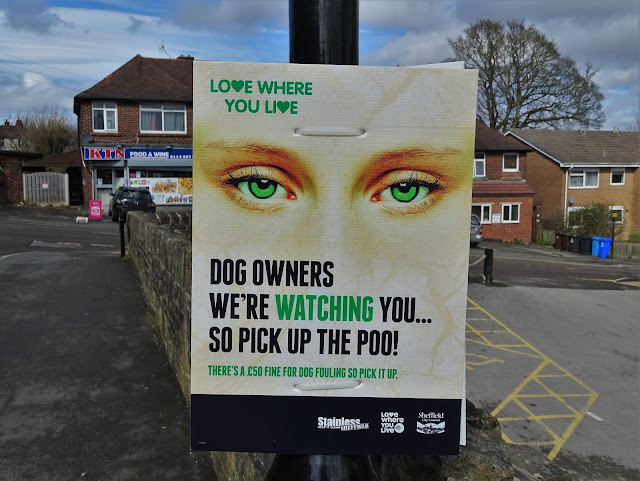 Yesterday, the weather prophets got it spot on. After a grey and overcast morning, the golden orb appeared as predicted at two o'clock prompt. I already had my boots on ready to set off on a circular walk of some 6.5 miles.

"What about me?" groaned Clint.

"I don't need you today pal!" I sneered.

Near "The Greystones" pub, I spotted the council sign shown above which I wish to share with all dog owning blog visitors. Of course the dog owners who drop by this blog are all fine, upstanding members of their communities - citizens who consistently and responsibly pick up the droppings of their beloved canine companions. Nonetheless, occasional reminders are, I believe, always helpful. Wouldn't you agree? 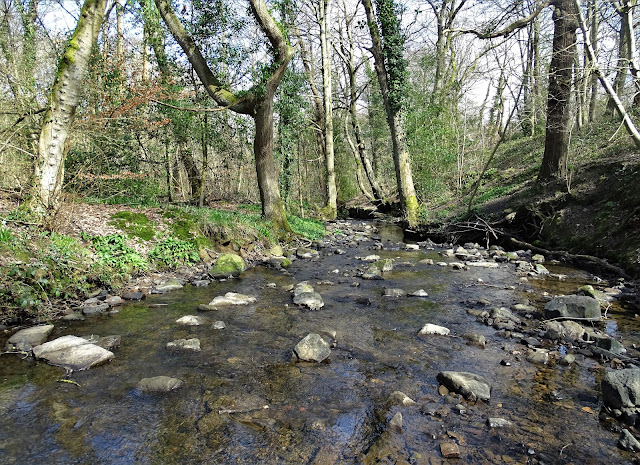 I descended from Greystones to the valley of The River Porter. There's the little river above - no more than a stream really and as March was so dry the water level is low. Very different from February. 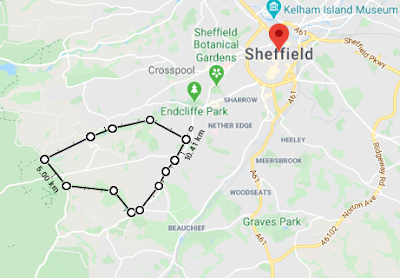 As I was taking the picture above, someone called to me from the adjacent path. It was a fellow I have known for thirty years. He is an itinerant chef known universally as Leeds Mick because he supports Leeds United and his mother hailed from Leeds.

Mick is a keen bird watcher and he pointed out both dippers and tree creepers to me as we ambled along. I am not sure how it happened but Leeds Mick decided he would accompany me on the walk which took him beyond his usual territory. I didn't mind too much though his presence inhibited my intended camera work.

He lives alone and with The Plague coming along he has been laid off from the christian centre where had been working recently. With his local pub closed, I think he was glad of the company.

We walked up to the top of Porter Clough then past the alpaca farm by Fulwood Lane. A fierce wind was blowing from the west by now - hurrying us along towards Ringinglow.. Then down into The Limb Valley under monumental beech trees.

It was a further mile along Ecclesall Road and I parted from Leeds Mick at the end of Gisborne Road, wishing him good health. Then he said what many people are saying just now - "See you on the other side!" I took the picture below from Fulwood Lane towards the centre of our adopted city. 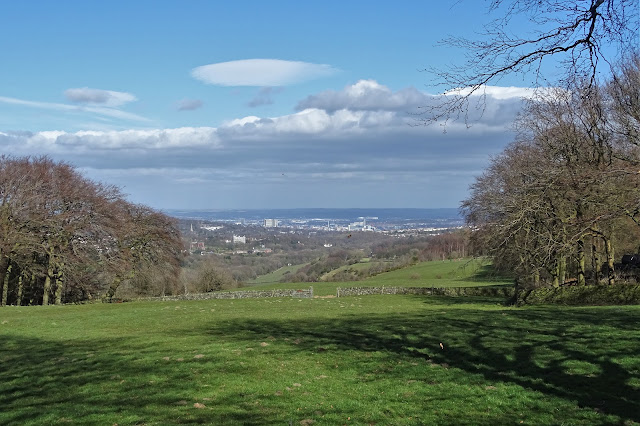