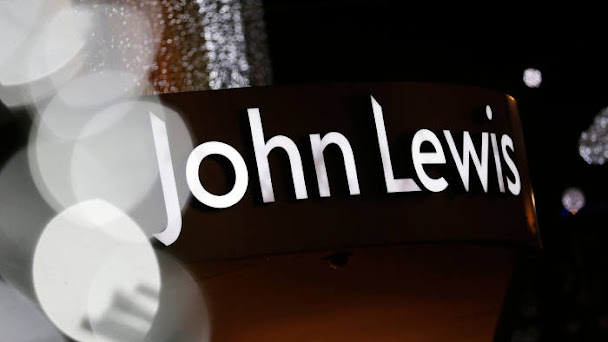 Sheffield is Britain's fifth largest city. The best loved department store in the city centre was  "John Lewis"- part of a well-known  nationwide chain. The shop sat in a prime position opposite Sheffield  City Hall and was much appreciated by Sheffielders and visitors from surrounding districts.

Astonishingly and sadly, in the middle of the pandemic, the John Lewis board decided to shut the shop down as they sought to rationalise their business. Nobody in this city ever anticipated that our beloved John Lewis would be one for the chop. Of course, shutting the store in the middle of the pandemic meant that Sheffielders did not even have an opportunity to mount a campaign to save it.

One late October evening, I happened to be in the city centre  and  felt shocked and slightly disgusted that the illuminated  John Lewis  signs on the now empty building were still burning bright. It felt like a kick in the teeth to me. They had crept away in the middle of the night and yet they still had the gall to advertise their brand to passers -by now deprived of their familiar department store. The next day I composed  an e-mail to the leader of Sheffield City Council. This is what I wrote:-

Like many Sheffielders I remain aggrieved about the way John Lewis shut down their Sheffield department store in the middle of the pandemic.
Last week, I happened to be in the city centre one evening and noticed that the illuminated "John Lewis" signage is still operating - both on the Barkers Pool side of the building and on the Cambridge Street side. I found this infuriating. They have unilaterally departed the fifth largest city in the kingdom and yet they leave their signage switched on to advertise themselves. Symbolically, it is like rubbing salt in Sheffield's wounds.
I know you have more important matters to deal with but I hope you will take action over this ongoing insult and get those glaring signs turned off. Who's paying the electricity bill anyway?
Yours fraternally,
Yorkshire Pudding
Today I was pleased to learn that positive action had been taken with regard to my complaint. I received the following response from one of the leading councillors  though I would have much preferred to hear that John Lewis had rescinded their original decision:
Dear Mr Pudding

Thank you for your email to the Leader, Councillor Terry Fox. This has been passed to me to respond.
We have been in contact and they have agreed to switch off the John Lewis signage this week
If I can be of further assistance, please do not hesitate to contact me
Kind regards
Councillor Mazher Iqbal
Executive Member for City Futures, Development, Culture & Regeneration
A small victory but bittersweet.
- November 12, 2021