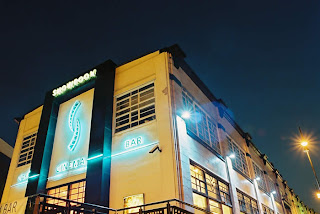 Bank Holiday Monday and surprise, surprise, after a lovely late springtime weekend there's thin grey drizzle in the air. What to do? Shirley's forever grafting away at one of her assignments - she's going for an advanced nursing degree. Yesterday I assaulted the garden after taking our son Ian down to the home improvements temple they call IKEA near Nottingham so today - what to do? I know. The cinema! Haven't been in ages.

I decided to get some exercise and set off at a cracking pace on the two mile walk into Sheffield city centre. It's nice to walk through cities - leaving the car behind. You see so much more - some of the little nuances of people's lives - unexpected vistas, a man from a magazine ad on his mobile phone at the top of one of those blocks of designer flats they keep throwing up - you know all glass with stainless steel handrails and potted palms. He looked so cool up there in his designer life. At the Salvation Army Citadel on leafy Psalter Lane I noticed their motto for the first time - "Blood and Fire" - the blood that Jesus spilt and the fire of the holy spirit.
Past the Chinese Fireworks centre ("You will be clamped!") and the Thai Buna restaurant in the old bank and over St Mary's Gate dual carriageway, missing Staples car park then past the site of the Gatecrasher nightclub fire and on towards The Showroom - Sheffield's main independent cinema. "One for 'The Damned United' please!"

It's a British made film directed by Tom Hooper and based on the factional novel of the same name by David Peace. I read it last year. It considers a short period in the managerial career of the legendary Brian Clough - when in 1974 he joined Leeds United for forty four short days. The talented character actor Michael Sheen who played Clough was quite brilliant and well supported by Timothy Spall as Peter Taylor.
Some visitors to this blog may have never heard of Brian Clough. He was something of a genius in the world of football management - charismatic, unpredictable and utterly passionate about the game. He waved a magic wand over Hartlepool, then Derby County and finally over Nottingham Forest with whom he won the European Cup twice. An absolutely astonishing feat - literally like David overcoming numerous Goliaths of the European game. He was the mastermind behind that incredible and repeated success. But at Leeds United, everything went wrong - it was such a tall order to maintain Don Revie's success there and Clough met with great resistance so he walked.
I enjoyed the film but the book portrayed Clough's devilish psychology and lonely genius more darkly and more convincingly. Then it was out into the fine drizzle again. I thought of catching a bus but opted to walk the two miles back - good exercise - this time along trendy Ecclesall Road with its array of coffee shops. What did we ever do before coffee shops came along and are/were they a symbol of the affluence and inflated economic self-confidence of the early part of this decade? I see myself reflected in the Starbuck's window, then "Coffee Revolution". Who is that guy? I don't recognise him. 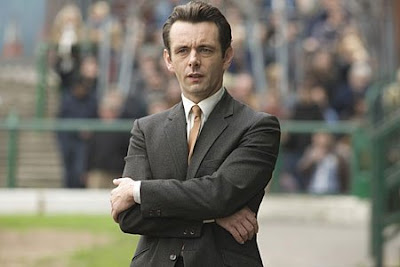