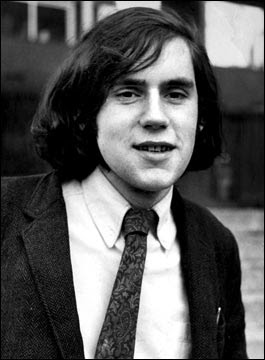 No doubt Gordon Brown is a good man. No doubt he is intelligent and no doubt his economic understanding underpinned the "New" Labour Party's successful first ten years in office. However, he wasn't elected to be prime minister by the British people and in lots of ways he doesn't come across as a proper leader.
Emily Bronte once wrote that "the eyes are the windows of the soul". I know it's unfortunate and perhaps not a little "disablist" but when you look into Gordon Brown's eyes you see a furtive creature of the night who cannot establish proper eye contact. The interminable debate that foreshadowed Brown's succession to the Labour throne turned my stomach. We, the British people, did not pick him. He appeared to have risen to this position as if it was his God-given right!
I despise the renegade nobodies - Purnell, Hutton and Flint - with their arrogance, their disloyalty, their weasel words and their strategically delayed ambitions. However, weighing things up, seeing how things are, it is surely Gordon Brown's time to go.
I have no idea who might replace him or become the next prime minister. I fear the idea of Cameron entering Number 10. His priorities, though purporting to be inclusive, will, without a shadow of a doubt, favour the wealthy, landowners, business magnates, insurance brokers. Tories always look after themselves first. Soon after election that wolf would cast off his sheep's clothing.
Even so Gordon, gifted legal warrior of justice and son of a Presbyterian minister, it is clearly your time to pack your things and go. Britain needs someone more inspirational and more believable to move us on to the future. The expenses fiasco has helped to reveal a tired government of careerists and morally bankrupt egotrippers. This is not why I tramped the streets of Hillsborough and Tillicoultry - pushing Labour leaflets through letterboxes guarded by slavering, murderous Rottweilers and Alsatians. Sing it people..."Gordon Brown. Never a frown. We're going down with Gordon Brown!" (After The Stranglers "Golden Brown")
- June 06, 2009