If you didn't know already, this was the result in Saturday's FA Cup Final:- 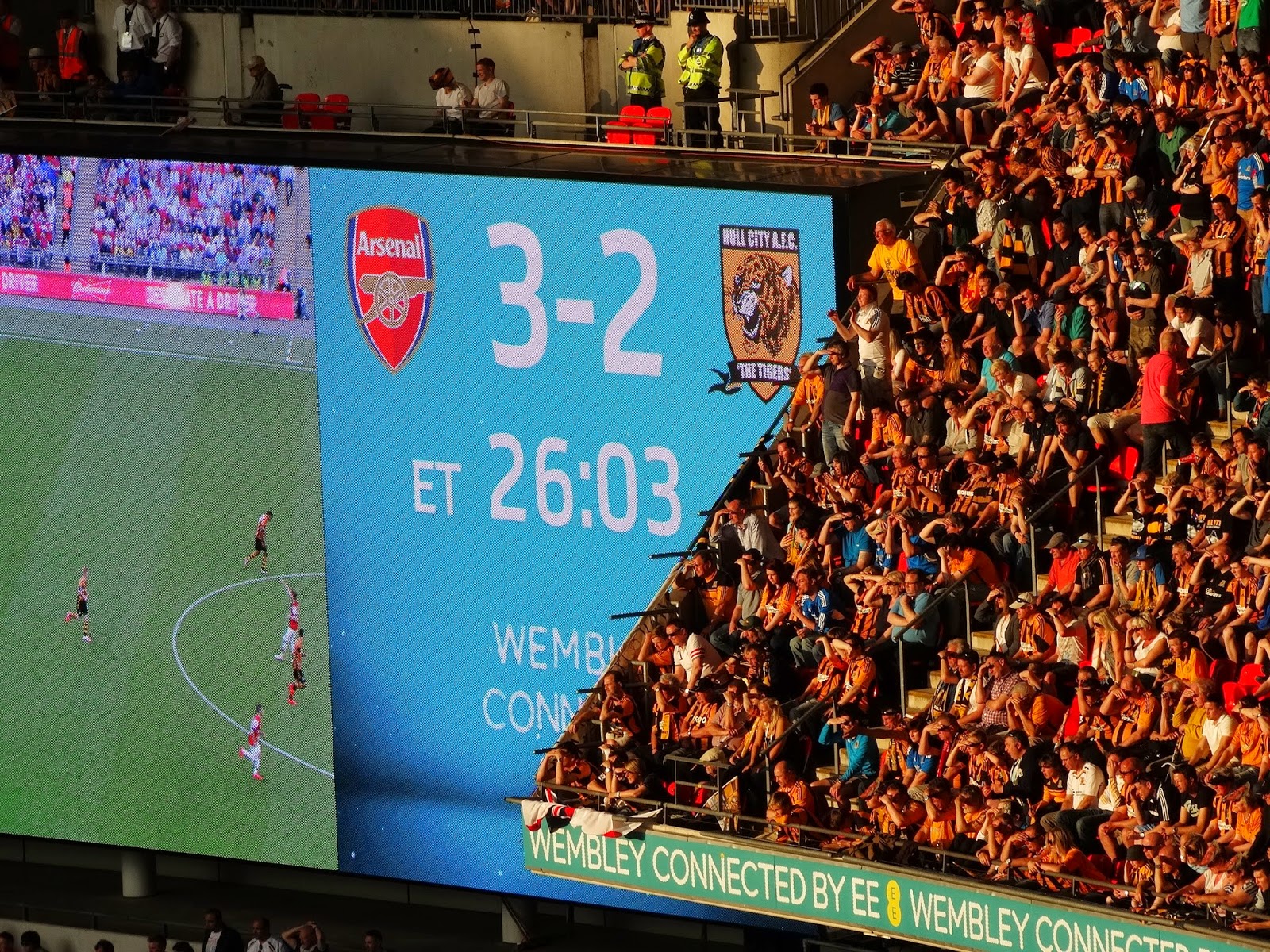 Nevertheless, like other Hull City supporters I was immensely proud of our team. They battled like heroes and took the mighty Arsenal to extra time. A star-studded purring limousine of a team like Arsenal should - by rights - always succumb a team like Hull City but we took them to the edge and might have won.

Arsenal's first goal was scored by Santi Corzola who cost Arsenal £18million from Malaga, Spain. Before he took his stunning free kick he stole a metre - unseen by the referee - so that the kick was not taken from the position where the alleged offence took place. That gamesmanship probably cost us the match.

I became a Hull City supporter when I was nine years old - over fifty years ago. Back then I would never have dreamt that my team would one day make an FA Cup Final. But we were there and we were terrific and The Tigers' faithful sang their hearts out for the lads. Now excuse me while I go and sob my heart out. Rope, the car exhaust or a jar of paracetamol sir?
- May 19, 2014