Wednesday brought sunshine  and so, in spite of experiencing lingering  twinges of gout in my right foot, I was determined to get out and about one for one of my now legendary country walks. I drove up the M1 to Junction 38 and headed east for the village of Woolley between Barnsley and Wakefield. It was a place I had only ever seen on maps and signposts before. The village is delightfully situated with solid stone houses and farms, a village green and an ancient church - but sadly no pub!

After parking, I strolled northwards till I came to Seckar Wood. The morning was hot and May blossom hung heavy in the hedgerows. My map told me there were ponds in Seckar Wood so I made my way in their general direction. Later I learnt that the wood had once belonged to a prominent late Victorian/early twentieth century photographer called Warner Gothard. When he died in 1940, he bequeathed the wood to the people of Barnsley and Wakefield. In the middle of the wood, he planned to build a walled swimming pool with a bathing house but that project was never fully realised. What remains is a peaceful yet slightly melancholy pond that nature was gradually reclaiming until The Friends of Seckar Wood volunteer group was formed.
Onwards down the course of a former railway track then south to Notton - another well-heeled and attractive village I had never visited before. Down Keeper Lane. Cross the A61 to Warren Lane and then back towards Woolley via Wheatley Wood where I spotted this majestic tree - alone in a barleyfield:- 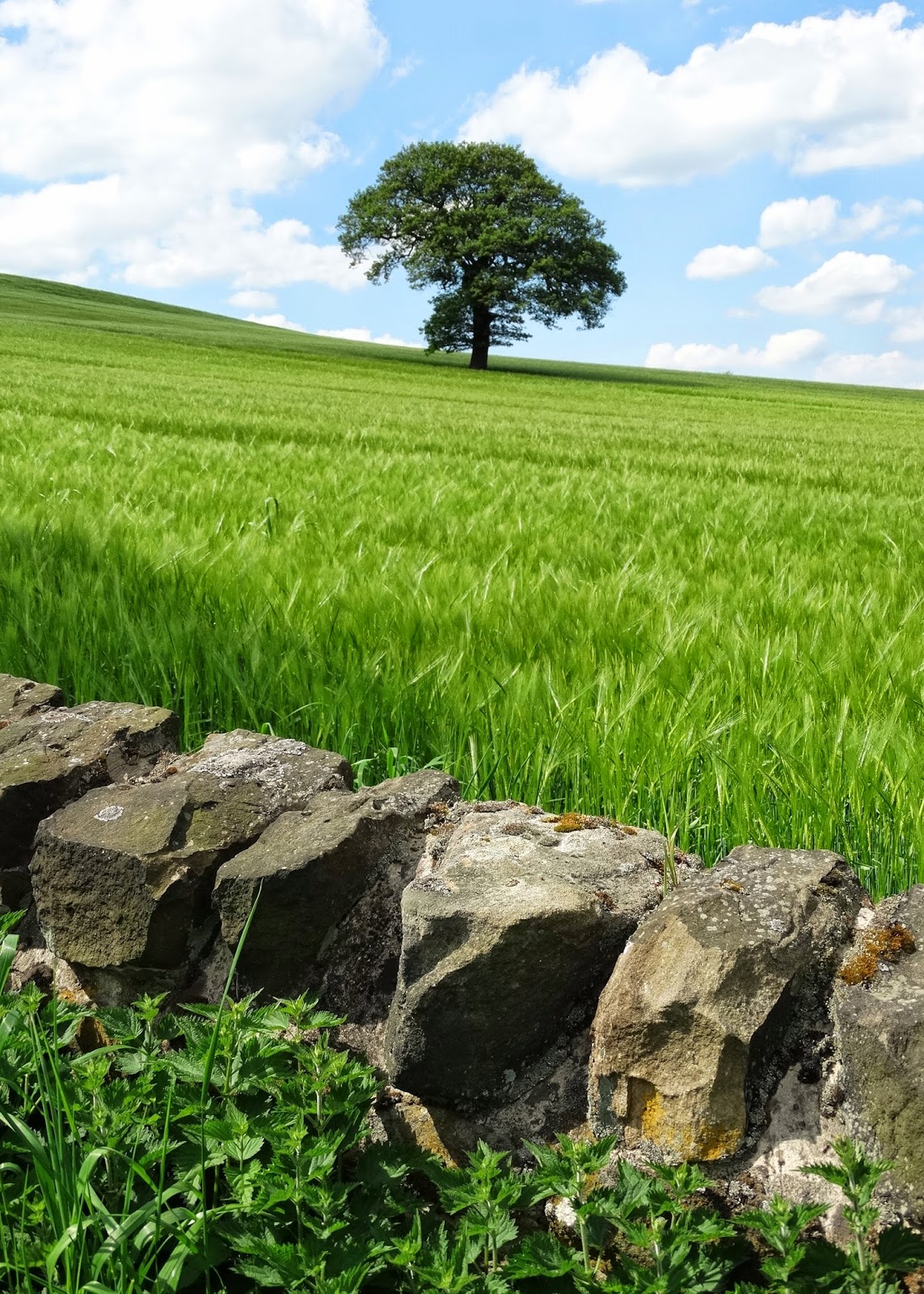