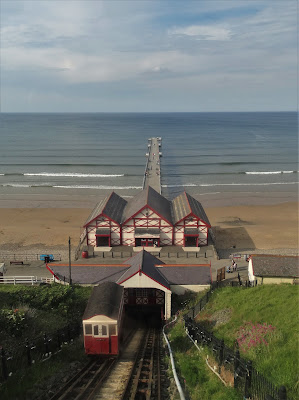 Above - that's the Victorian pier at Saltburn-by-the-Sea. I took this picture as Shirley and I were riding on the funicular railway to the top of the cliffs just as thousands of other visitors to this little Yorkshire seaside resort have done through the past one hundred and thirty years.

Of course we strolled along the pier. The weather was mild  and we saw sea anglers cast their rods from the very end of the iron structure. Something we did not expect was the marine-themed yarn-bombing of the local women's institute on a section of the pier's rails. I took several pictures of these quirky creations. Here are just three:- 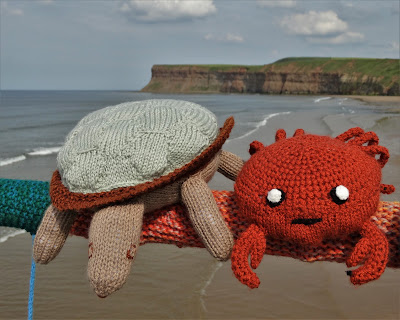 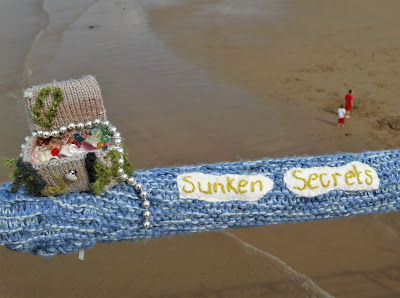 At the end of the pier this fisherman was doing his impression of a seal basking on some rocks or perhaps he was thinking about all the fish and all the girls that got away. 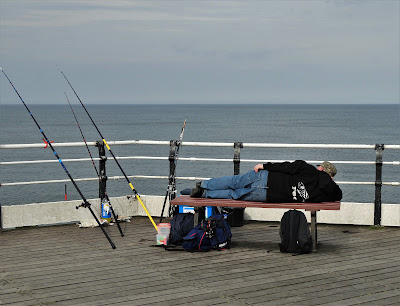 It has been very lovely up here. We have been to Staithes and Guisborough and Redcar. The people are very friendly which isn't surprising as they are all Yorkshire folk and as you probably know, Yorkshire folk are the salt of the earth.
- June 16, 2017