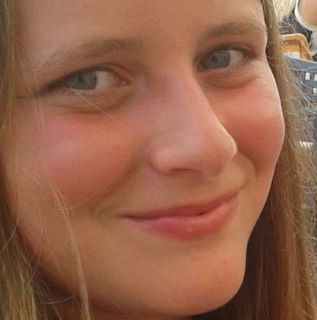 Shirley has lots of cousins. They mostly reside in north Lincolnshire and north Nottinghamshire, staying close to their agricultural origins. One of her cousins had four children but in the early hours of yesterday morning that number was reduced to three. Her sixteen year old daughter had disappeared into nearby woods where she hanged herself from a tree.

She was found at daybreak. Some people from the village had been combing the area with several police officers right through the night but it was all to little avail. Maisie was dead. On the Nottinghamshire Police Facebook page, a school friend wrote this:-


You left us far too early Maisie, you had so much more to give and you will
be so sorely missed. What is our loss is God's gain. Fly high sweetheart,
I hope you are now at peace.

To die like that at the age of sixteen - it is of course so very tragic. Those left behind will be torturing themselves with thoughts about what they might have done and why they didn't notice the signs that were flashing - pointing to suicide.

She was in the middle of important exams and rumour has it that she was sometimes the victim of bullies but who knows what was going on her head as she tied that rope to the overhanging branch and slid the noose over her head? What a terrible, terrible waste.

I believe that everybody contemplates suicide at some point in their lives. I know that I did when I was a teenager but thankfully most of us successfully banish those terminal thoughts from our minds, climb out of the darkness of our self-pity and seek happiness once more. It's like a learning phase. You weigh things up. You realise that life is a much better option than death.

But now it's too late for Maisie. She's lying in a mortuary awaiting her funeral and the tears that will fall in puddles and the flowers and the failure to understand. Kisses and embraces. "Sorry for your loss". A wreath from the school. Biblical verses from the vicar. "The Lord's My Shepherd". Shiny black cars. Grim faces. A buffet in the village hall. Tea cups and sausage rolls.

She squandered the precious gift of life but I guess that it was her right to do so. It's only three weeks since we saw her at an afternoon family birthday party in Pudsey near Leeds. She was holding her big sister's new baby lovingly and swaying to the music.