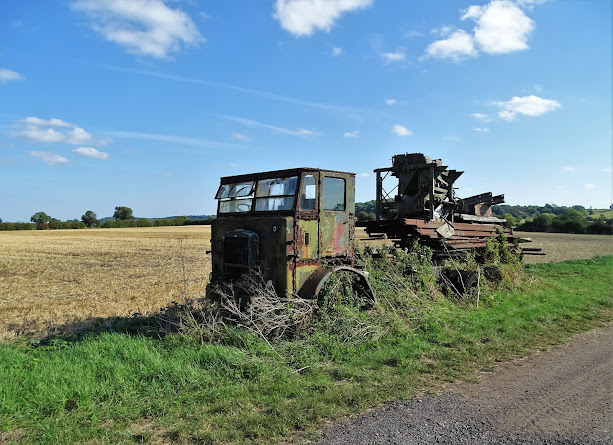 I didn't get round to blogposting yesterday. Sorry about that. Clint and I were out of the house by nine fifteen. Soon we were travelling down the M1 Motorway bound for Junction 24 which I somehow managed to overshoot. Never mind - after a little delay we reached our destination.

My plan was to walk in what I call "virgin territory" - somewhere I had never walked before  and that is what brought me to the village of Gotham a few miles south of the city of Nottingham. I parked Clint in a shady place between St Lawrence's Church and "The Sun Inn", close to the old village water pump.

"Ouch!" yelled Clint as I slammed his tailgate. 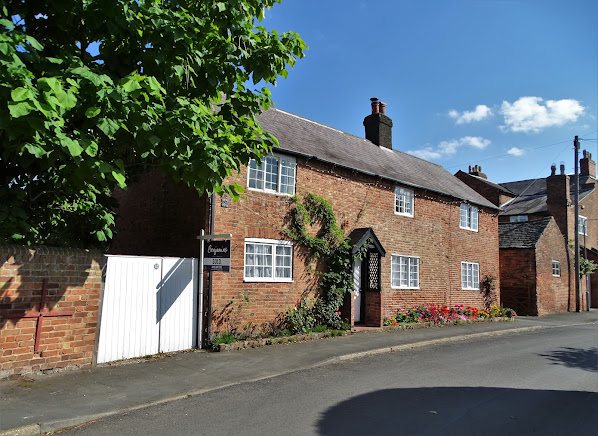 The circular walk was all on the flat apart from a short slog up to the village of Bradmore. The weather was gorgeous for late September. I was walking across rich agricultural land after harvesttime. Farmers were out harrowing the fields and I noticed that the soil thereabouts was almost as black as coal.

Bradmore's medieval church is curious because it was badly damaged by fire in 1705. Only the tower and steeple remained and many years later the villagers attached parish rooms to this surviving structure. As far as I can determine, the church doesn't even have a saint's name. 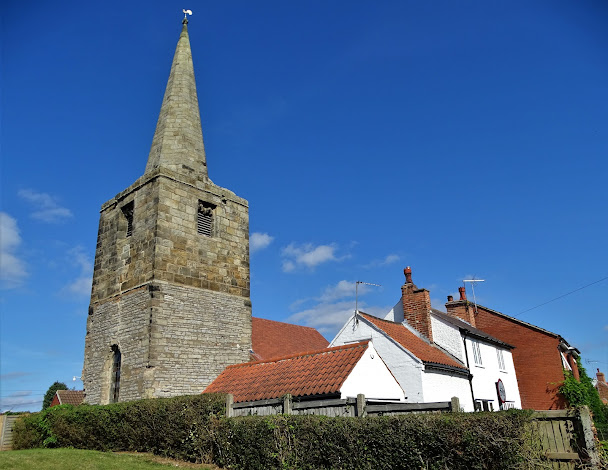 Can you believe it? There's a village in England called Bunny. I kid you not. Bunny! I know because I was there yesterday. It's a mile south of Bradmore. Because my time was limited , I didn't get  to visit Bunny Hall. Presumably Daddy Bunny and Mummy Bunny live there with their  little bunny children - hundreds of them -  all waiting for Easter. I wonder how they spend their time. 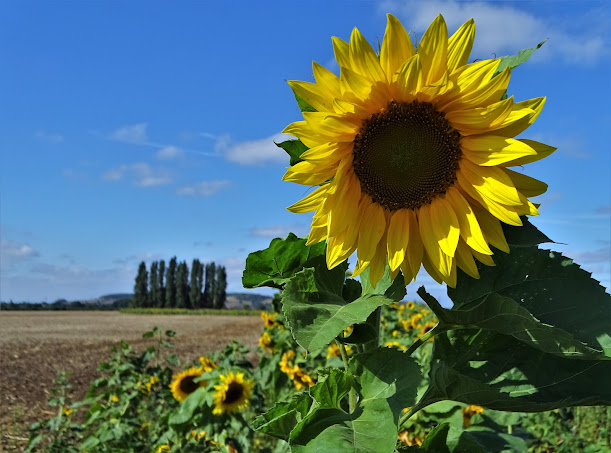 Between Gotham and Bradmore

And then I turned back to the west - my bootsteps taking me ever closer to Gotham which is the source of a story and a nursery rhyme that both allude to "Three Wise Men of Gotham"... 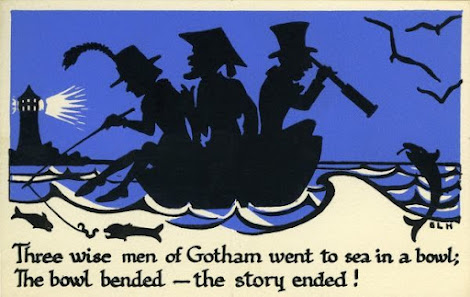