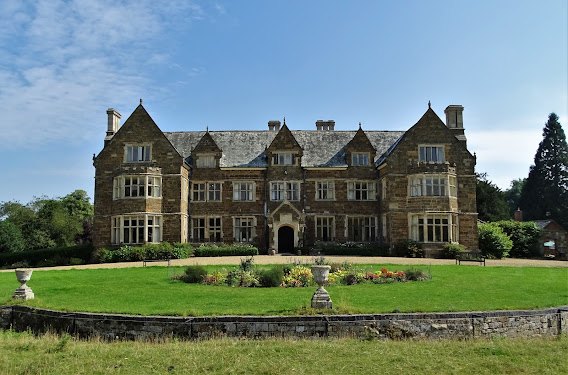 Launde Abbey was built for Thomas Cromwell before his execution
Yesterday, with Phoebe riding on her father's back in her brand new "Little Life"  back carrier, we undertook a country walk of some three miles after parking at Launde Abbey. We were on the eastern edge of Leicestershire and in fact strayed over into Rutland on the middle section of the walk.

The weather remained beautifully warm as we tramped along to Withcote before heading back south to Launde Abbey. This historical mansion was home to Gregory Cromwell, the son of Thomas Cromwell who was Henry VIII's right-hand man during the time of  The Dissolution of the Monasteries. Much of the stone came from the ruins of the original Launde Abbey - built some four hundred years earlier.

The place is now a Christian retreat and as God-fearing Christians we visited the Abbey's cafe where Stew and I had bacon. lettuce and tomato sandwiches and Frances ordered a cheese and onion panini. Shirley asked if they did "cheese salad" - meaning a cheese salad sandwich. In the event, the waitress brought an actual cheese salad on a big plate. So it goes. She only ate half of it. 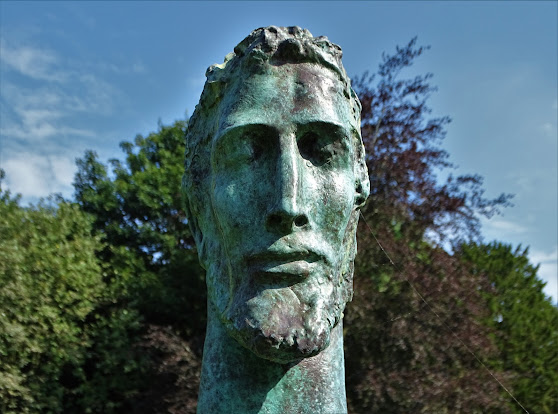 Detail of a sculpture in the grounds of Launde Abbey
Soon afterwards, Stewart headed back to Sheffield for three days of work. He will return on Thursday night. 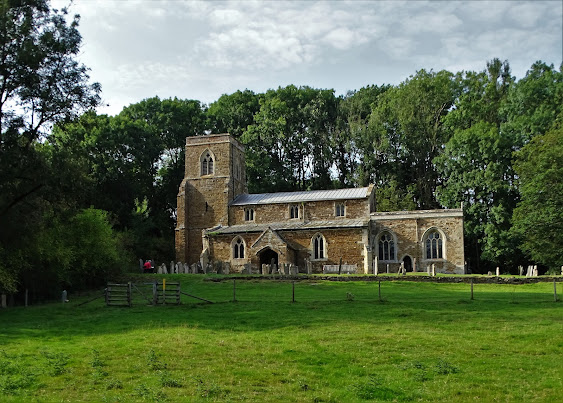 Loddington Church - with the professor crouched to the left

Late yesterday afternoon, Clint kindly transported me to the tiny village of Loddington with its remote church dedicated to St Michael and All Angels. There I met a fellow in a red T-shirt. He was sitting patiently painting a watercolour in his little art book and he kindly showed me several of his other paintings. Turns out he was a retired professor of history from The University of Leicester. It also turns out that ten years ago he nearly died following a road collision in East Yorkshire that was not his fault. He was hit by a nineteen year old carpet fitter who had just been to the pub and was travelling far too fast in a company van. The professor spent a month in hospital as his bones mended.

We conversed for half an hour and I could have easily talked with him for hours. It was nice to meet someone like that.  We connected,  far from the madding crowd, in the rural heart of Leicestershire and then said our goodbyes. 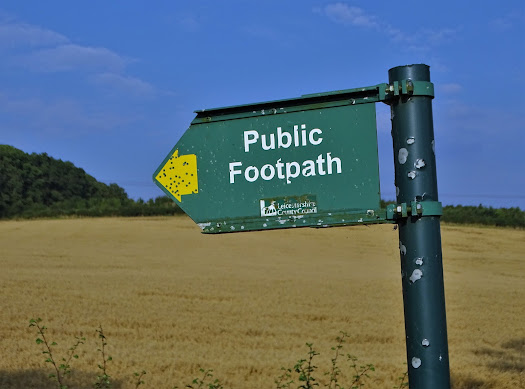