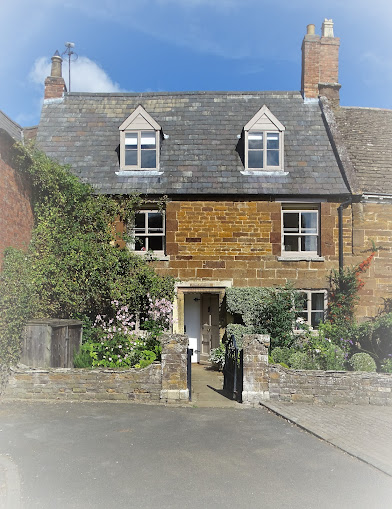 Cottage in Uppingham
The weather held yesterday. The  rain and thunder that were forecast did not arrive  even though cloud cover increased from the west by the late afternoon. I began the day with a three mile walk out of the next village west of here - Skeffington. Another charming place. 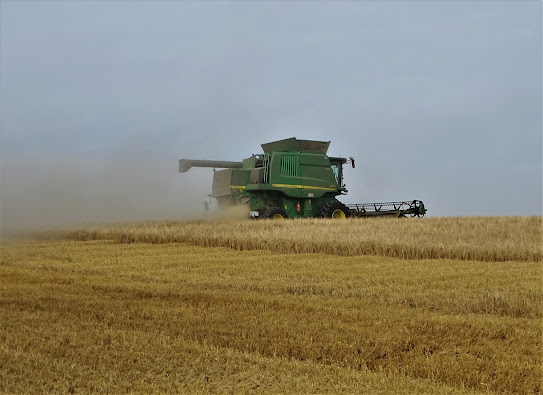 By Welsh Myers Farm, I had a tricky encounter with a herd of mixed cattle. The public footpath led across their field. They were a little panicked and raced two or three times from one corner of their enclosure to the next. I was so happy to reach the far gate and get out of there. They clustered by it with apparent disappointment.

"I told you we should have trampled him earlier!" muttered Buttercup.

My womenfolk and I spent a couple of hours in nearby Uppingham - a small town famous for its public school. In England, a public school is essentially a school for the children of the rich so its really a private school - not open to the public at all. The fee for a boarder is currently £40,000 a year or $55,000 (US). The school is the alma mater of Stephen Fry, Rowan Atkinson and Boris Karloff . Surprisingly, it has not spawned a single prime minister in it its five hundred year history. 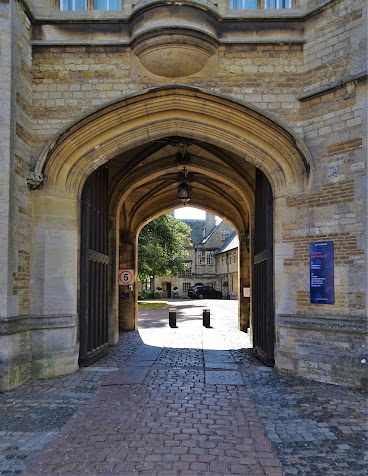 A glimpse of Uppingham School

We found the place to be quite lovely with little shops and quaint cottages. We enjoyed an excellent lunch in "The Crown" on The High Street. Lovely Mediterranean food that arrived within ten minutes and pleasant, attentive service too. 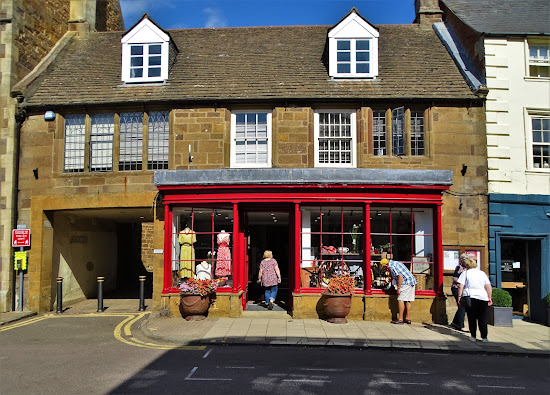 In the evening I prepared a simple meal of Lincolnshire sausages from the local butcher, chips (US-french fries), baked beans and fried eggs, followed by scrumptious brownies made by the butcher's wife.

Beforehand, I went on another "Geograph" photo expedition with Clint's assistance, gathering a bunch of map squares in the local  area that I had not yet captured. This involved another visit to the Rolleston Hall country estate where I had to open and close four gates. This is most unusual on a public road in England. Confusingly, "public" in this sense does not mean a private road but one maintained by the state. 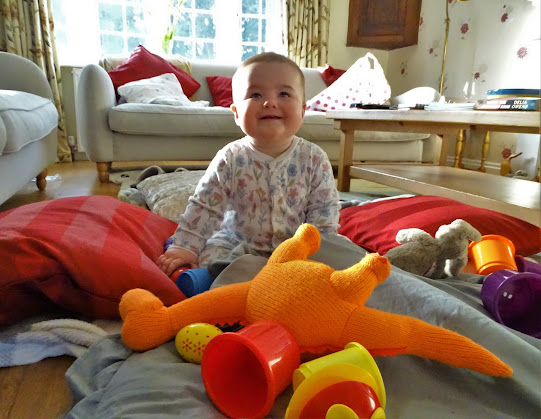