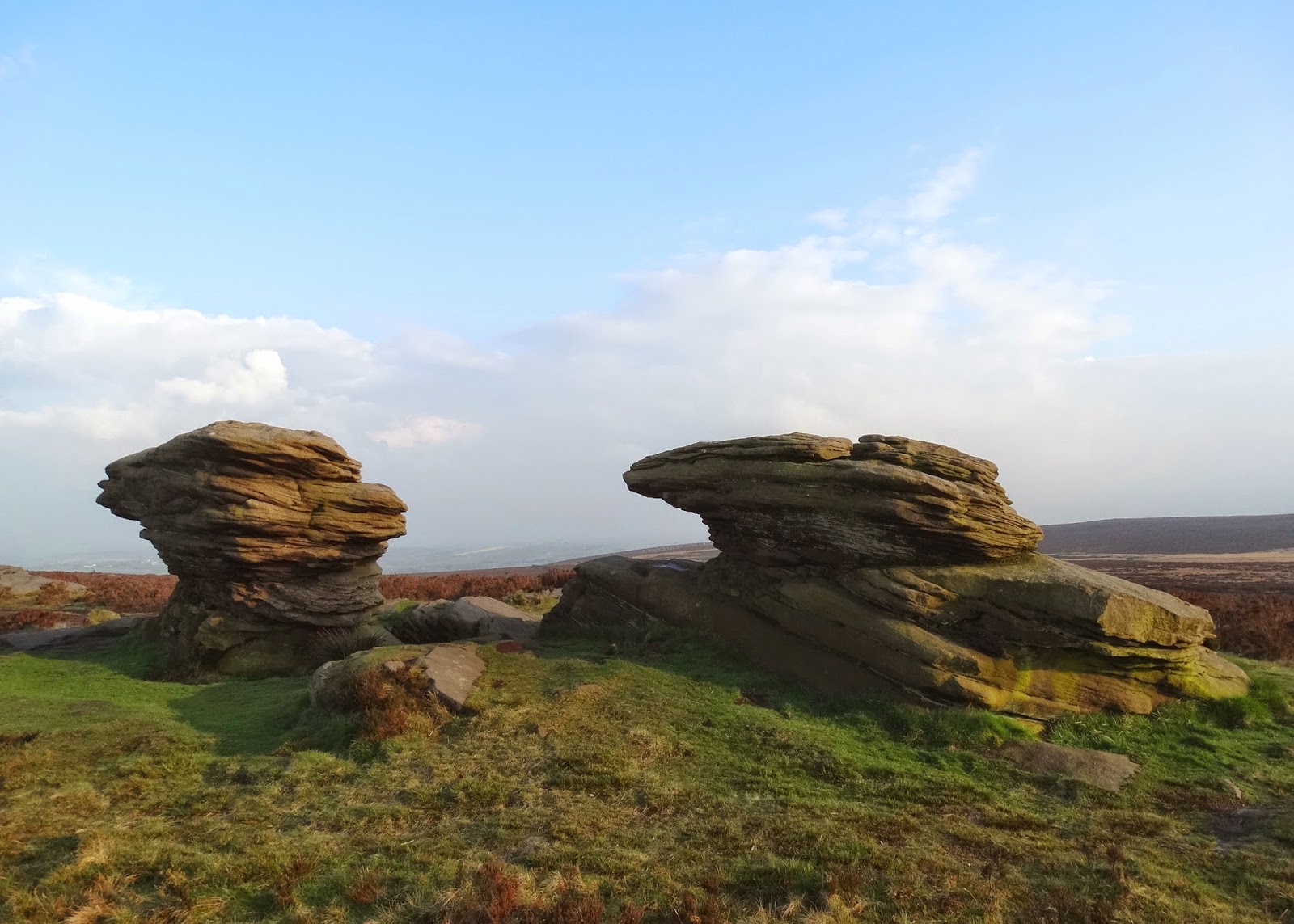 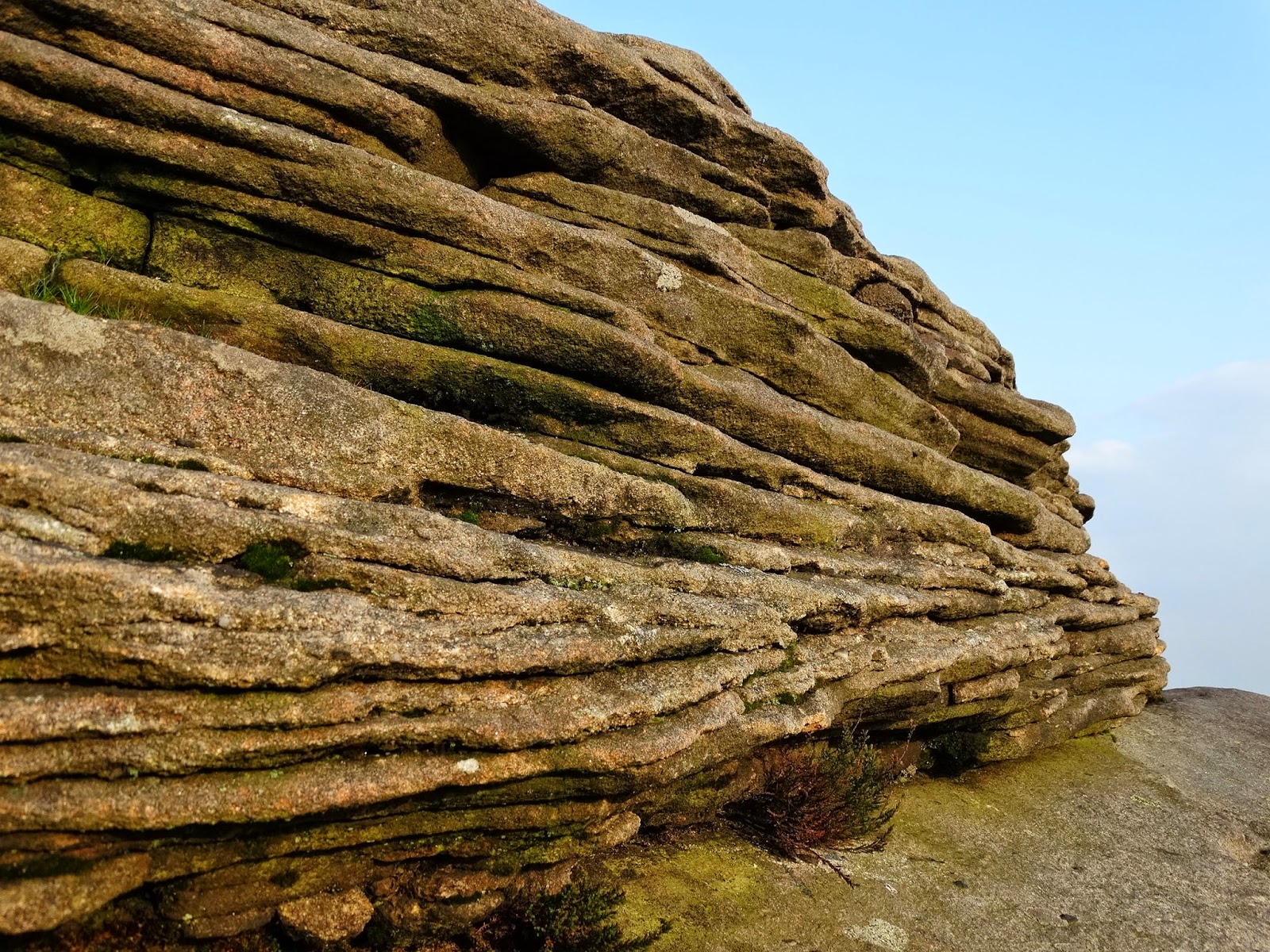 A WITNESS: Huddled 'gainst the cold. The wind will often howl up here - penetrating your bones. Tis one of my most favoured places. Sheltering in the lee of these old stones. I trace my fingers over the layers, over the rock and feel the essence of those who went before. My father and his father and my brother Enfred whose eyes were as blue as the afternoon sky. We lay here breathless one summers afternoon after we had chased and speared a young boar and then we lugged him back to the valley, still hot with blood, swinging heavily and our mother sang our praises - engorged with maternal pride as my heart pounded in its bony cage. Oh that night we feasted and our women danced in the firelight under silvery stars that filled the sky like spilt  milk. I watched their animated shadows on the trees as we clapped our hands in unison.

They say that in the ancient times our forefathers made sacrifices here to Lugus as sunshine surrendered to the shadows of nightfall. Listen carefully and behind the moaning of the wind you may still hear the chanting of our kinsfolk and the writhing death cries of  a young deer beneath the knife.Like everyone, I came from The Green Earth and here as I venerate these stones, I feel the warm embrace of my belonging. Twas in the days before Merlin and Arthur when the world was young.

The Ox Stones are three miles out of Sheffield, near to Ringinglow. You cannot see them from the road. Down below - in the valley, the city of Sheffield rises. Half a million people like ants in an antheap. But once it would have been a swampy valley where rivers met. In those days, The Ox Stones would have been little different. Ancient British people would have been captivated by such inexplicable outcrops - attaching a range of myths and superstitions to them. Special places. There would have been pre-Christian rituals and meetings. Why build temples or henges when Nature itself had provided unique stone edifices like The Ox Stones? 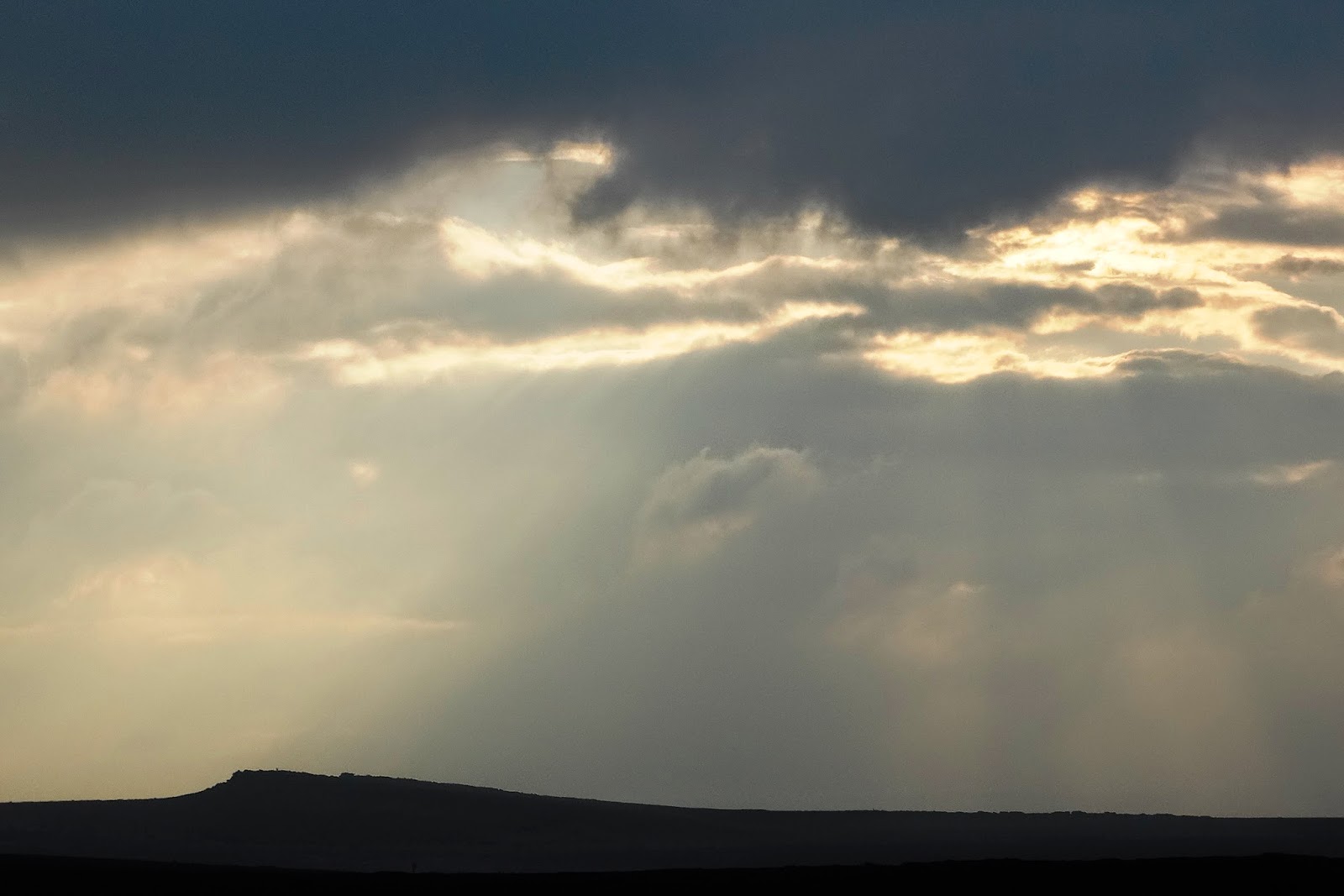