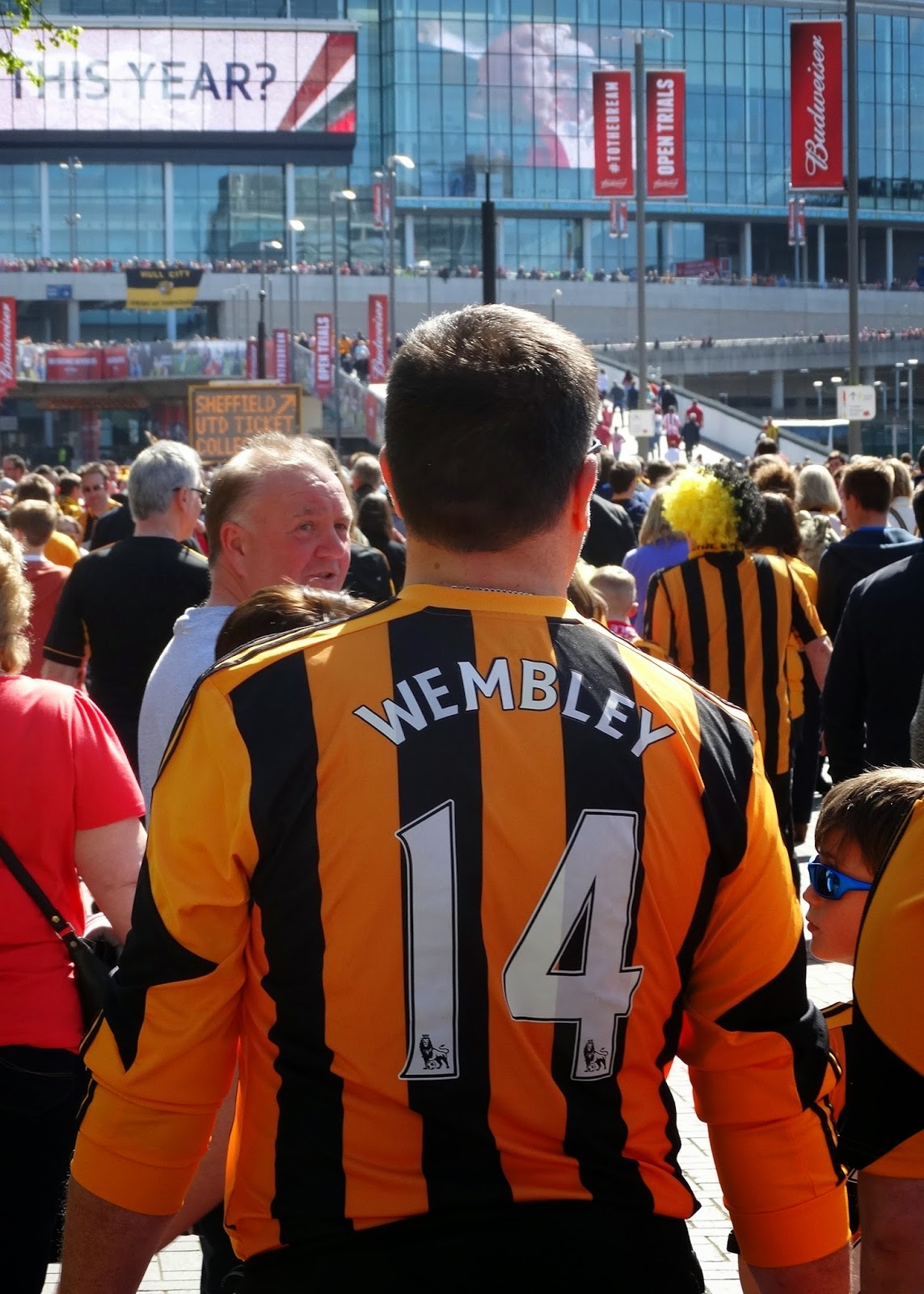 Hull City 5 Sheffield United 3 (FA Cup Semi-Final)
We beat them fair and square. We beat them good and proper. Our goals were all beautiful - like living works of art. And the artists were Tom Huddlestone, Yannick Sagbo, Matty Fryatt, David Meyler and Stephen Quinn. At half-time I didn't feel too wholesome, too gigantic, rather queasy. Oh no - at half-time I felt like a Monster Raving Loony Party candidate waiting for the results to be announced after a by-election. Doggy doo-doo time.
But at half-time in the dressing room, unbeknownst to me, our Captain Fantastic central defender Mr Curtis Davies was giving the other lads a right dressing down. Many expletives were expleted. Far more than the pathetic Oscar Pistorius yelled at his imagined burglar millady. Like a real leader, Curtis told the others they had played like fairies in the first half - making underdogs Sheffield United look good. It was time to get some fire in their bellies. Time to fight for the cause and for the massed Tigers fans weeping on the terraces of our national football stadium.
And in the second half they came roaring back like a cyclone in Queensland, like a tornado in Canton GA and those beautiful goals rained in. I thought of Spitfires, of the Guns of Navarone of a herd of gnus thundering to an African river, of Passchendaele. The Sheffield United defence lay ragged and bleeding, moaning for assistance but we murdered them. They say that football is a game of two halves and never was this saying more true. "WE ARE ULL, WE ARE ULL, WE ARE ULL!" And we sang it to the Wembley rafters on that beautiful Sunday afternoon - bathed in spring sunshine. Yes my friends, I was there with Shirley and Ian and Chris. We witnessed every moment. Forgive us our trespasses for thine is the kingdom. And at the end of the match, when the battle was won and the smoke was clearing, the Wembley authorities played our club's anthem over the speakers:- 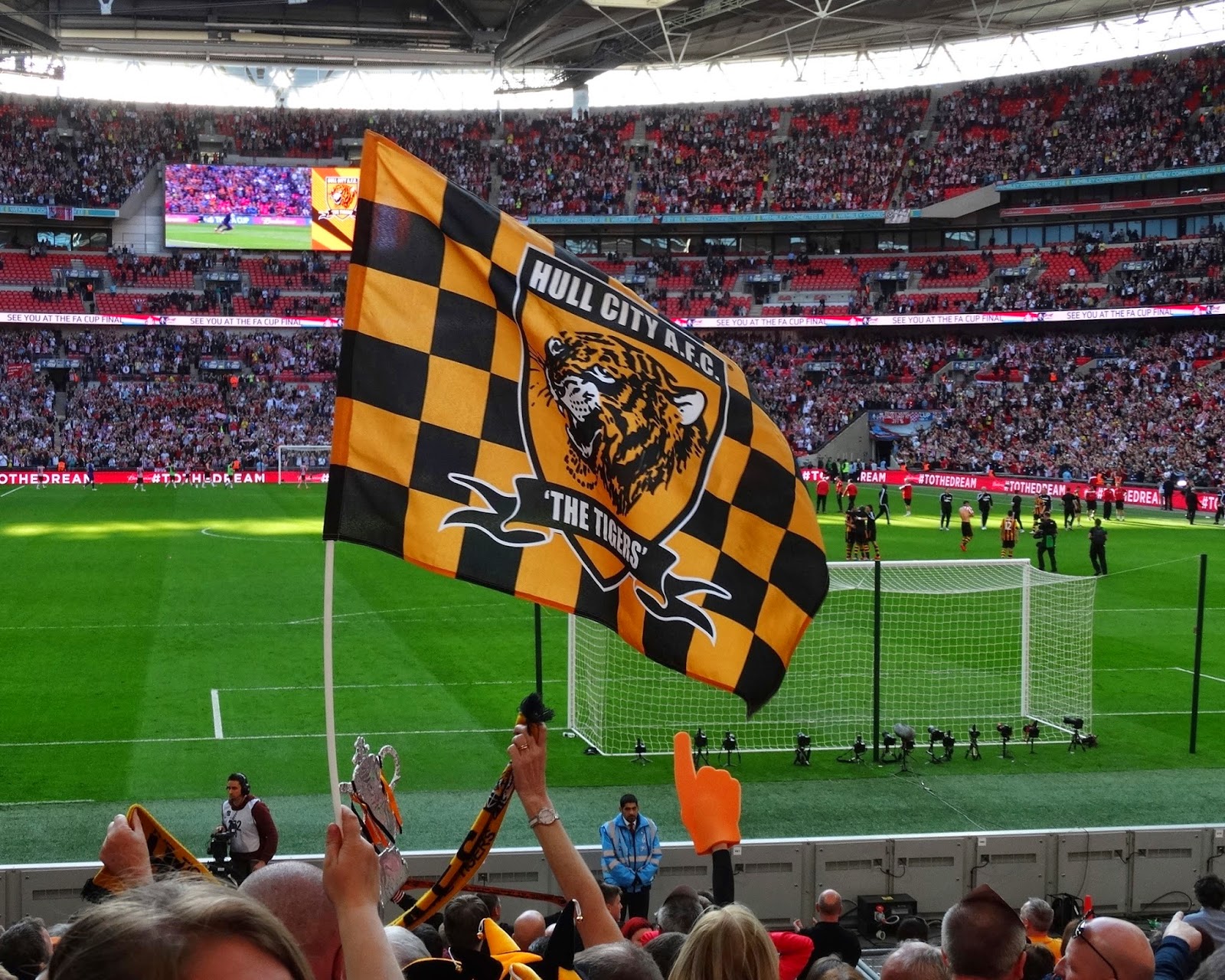 Hull City have existed since 1904 but this is the very first time we have made it to an FA Cup Final. And who stands in our way? Nobody but The Mighty Arsenal - that footballing beast from North London. Those nancy boys with their cultured, grumpy, elegant economist of a French manager, those fall over and cry mummy players with their shiny Porsches and their yellow Lamborghinis. Oo - don't tackle me I'm posh! Do they really think they can defeat the Tiger Army? We are the Tamil Tigers, Siberian Tigers, tigers stalking prey in the night forest. We will go into that May game with the belief  that we have a chance, a real chance to go the distance. We shall not be the also-rans. We are Ull! Steve Bruce's Barmy Army! Up The Tigers! 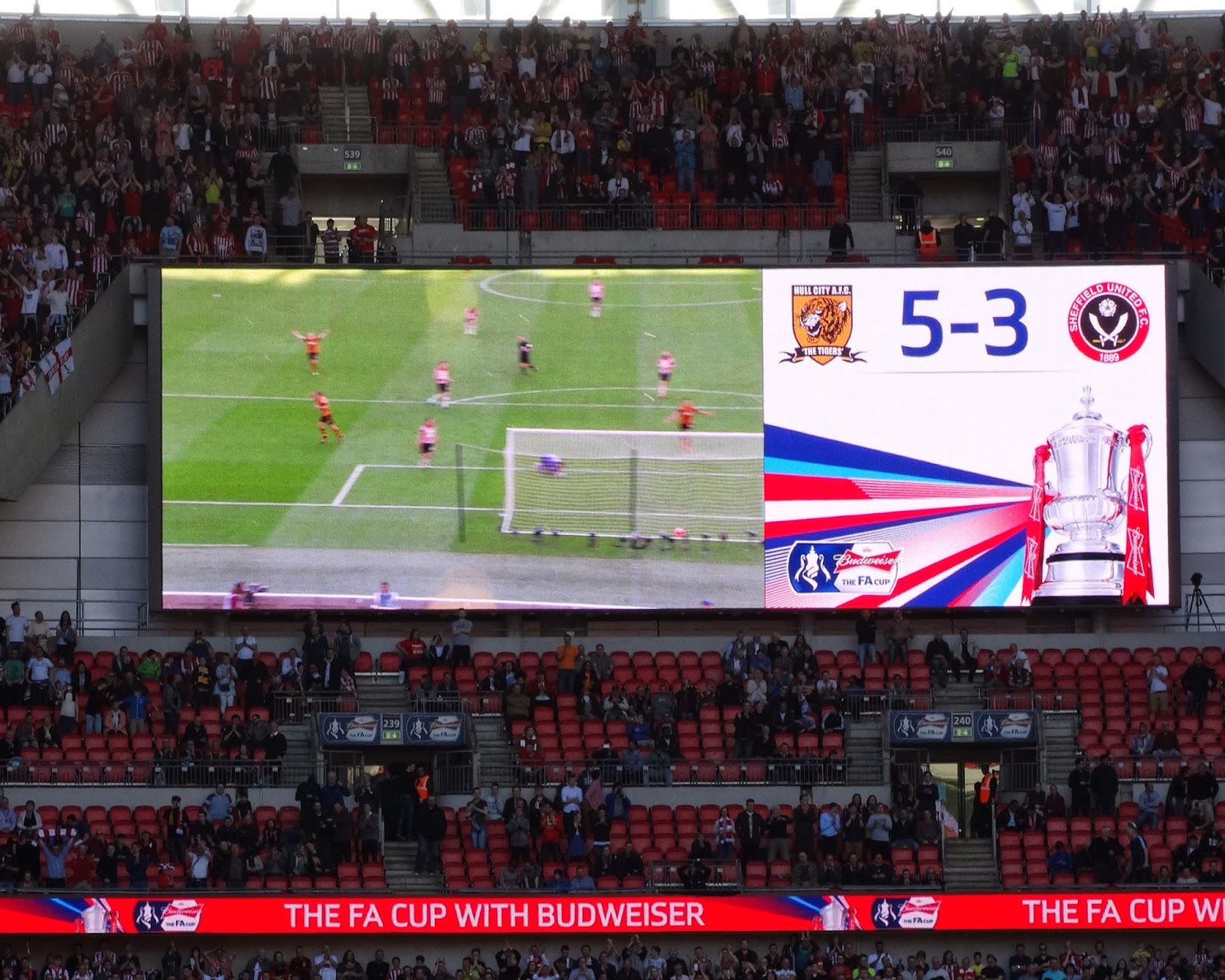