Out on the moors the other day, I followed a track which was defined by boundary stones. I believe they mark the western extremity of the metropolitan district of Sheffield though who would have sanctioned their placement I have no idea. I came across more than twenty of them in different states of repair - including the one below which was the only stone with letters carved upon it. Such lettering normally indicates ownership of moorland estates. Beyond this stone you can just make out Dale Dike Reservoir - source of The Great Sheffield Flood of 1864 and there's Boot's Folly to the right.

To the north, by a boggy area known as Running Moss, I noticed a gritstone outcrop so I made my way over there crossing several rivulets that cut through the peaty earth that blankets this landscape. The outcrop consists of several time-sculpted stones and as far as I can deduce it is unnamed. It is some distance from the nearest path or track and hard to reach - unless you happen to be a sheep. 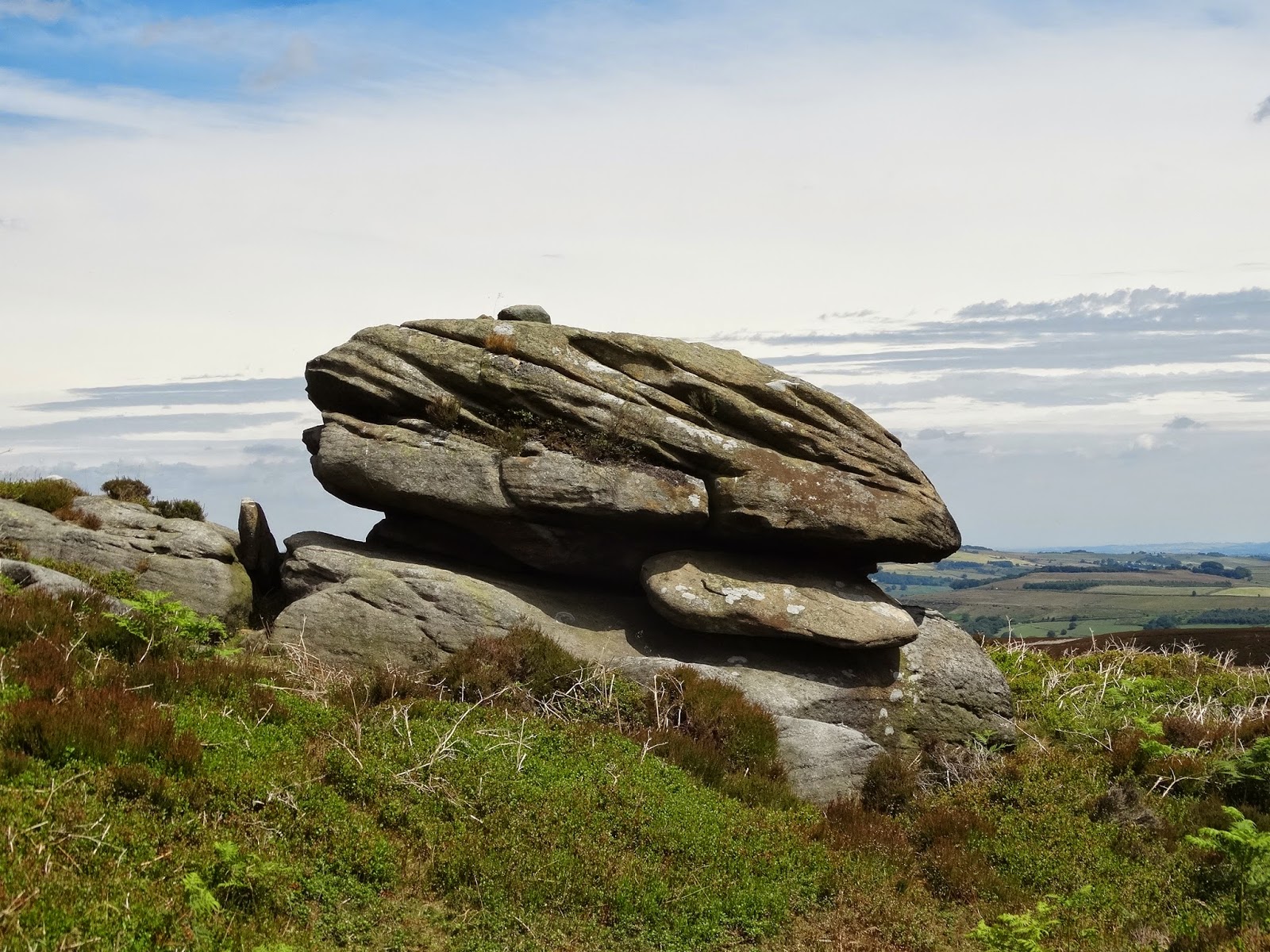 I love places like this. To me these stones are better than manmade sculptures. They speak of the bedrock and of the centuries that have shaped them - wind and rain and frost - while empires rose and fell. These voiceless stones endure. Below, flimsy summery clouds try to imitate the solid rock shapes. 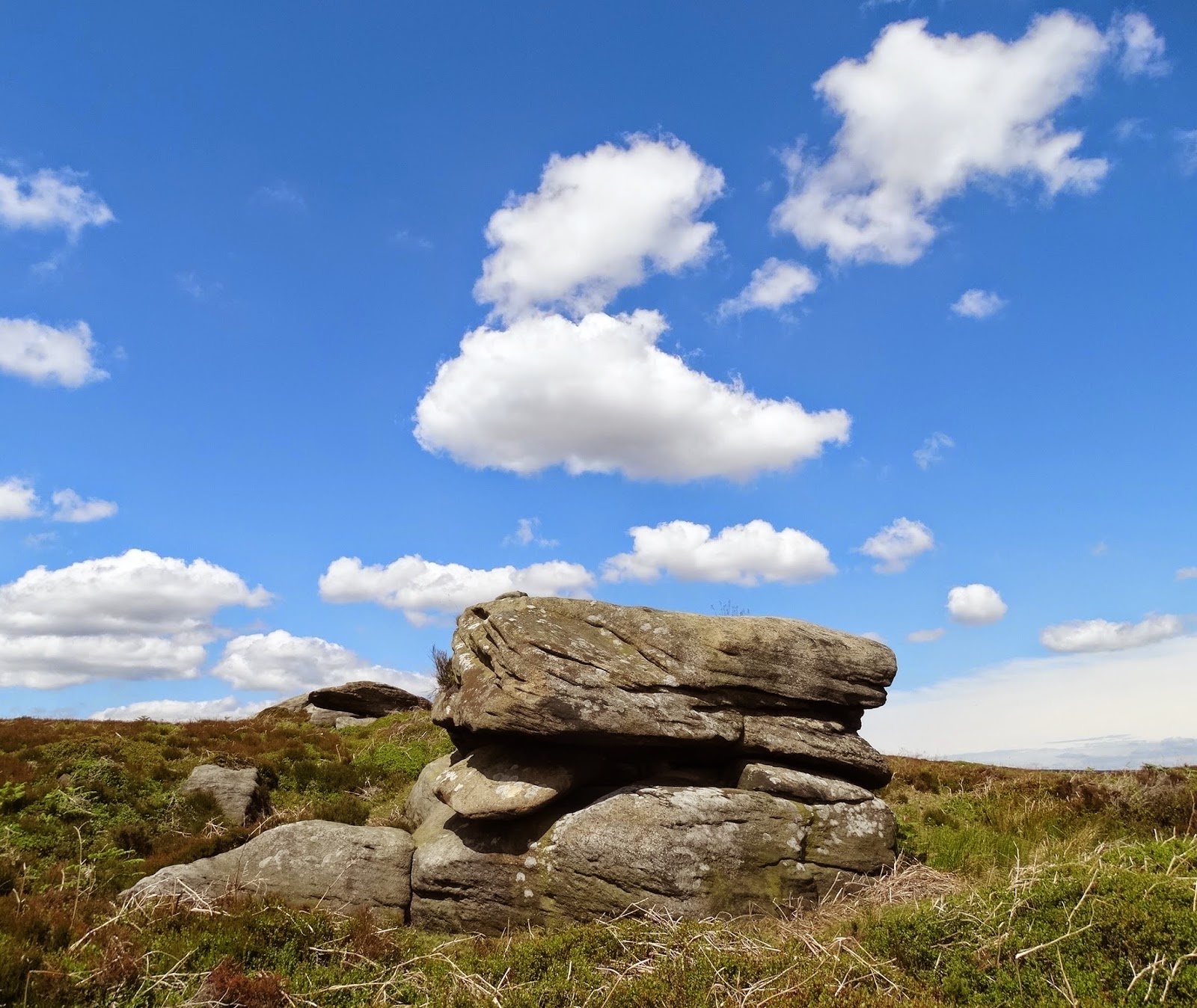 Back to the car which I had parked near Moscar House. I drove along Sugworth Road but stopped to take this shot of Boot's Folly - erected in 1927 simply to keep estate workers occupied during a time of economic depression:- 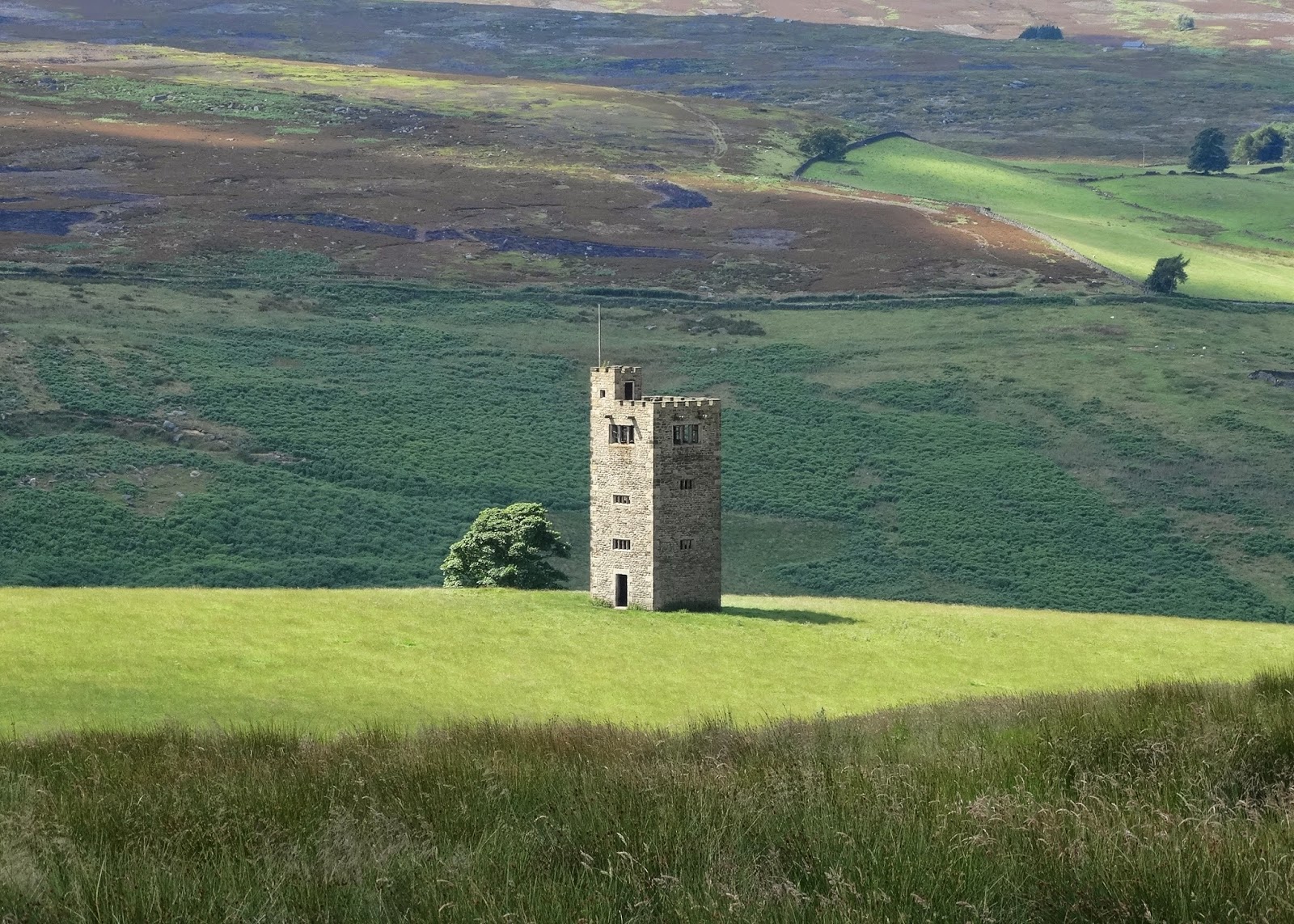 And then along Hoar Stones Road to this monument - built over a roadside spring in 1832 - in memory of a local child who drowned here. It is called the Edgefield Obelisk and it sits here in glorious isolation above Bradfield Dale. 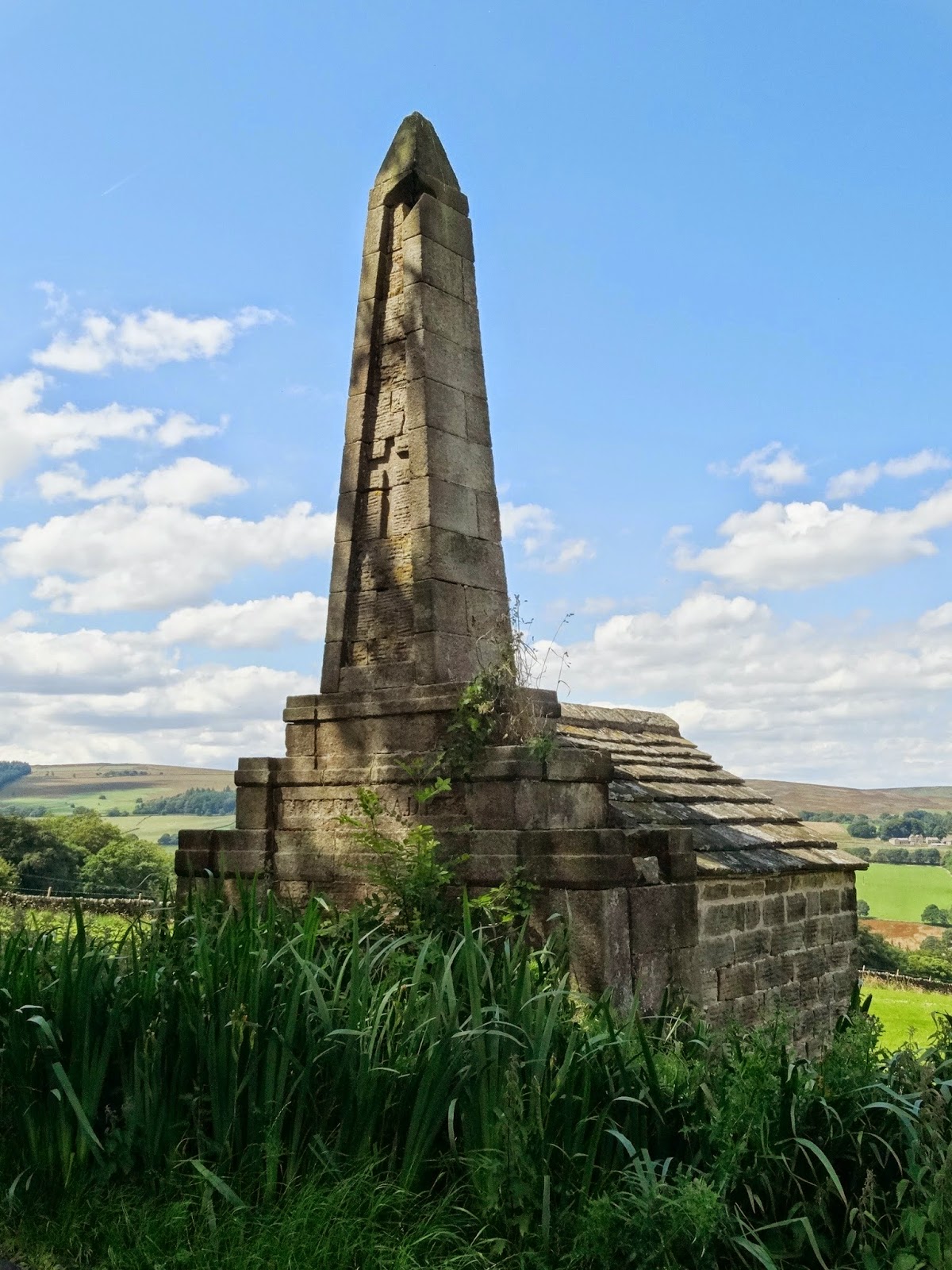