Close to the former South Yorkshire coal mining village of Maltby, in a green valley that is blessed by a sparkling stream, you will find the remains of Roche Abbey. It was founded in 1147 by the Cistercian monastic order and destroyed by Henry VIII's forces some four hundred years later during The Dissolution. And after that many local people viewed the site as a free salvage yard. They would turn up with horse and carts or wooden hand carts and take away dressed stones or pieces of lead and glass. And that pillaging went on well into the nineteenth century.

If you think that Cistercian monks were all about self-denial and the worship of God, you'd be wrong. The Cistercian movement was about political and economic control as much as religious worship. Like other abbeys in Yorkshire, Roche Abbey drew its wealth from the surrounding farmland and local people were subjugated - paying rents, delivering agricultural produce and undertaking work without payment in order to keep the latest abbot happy. No doubt they were warned that if they didn't do as they were told they wouldn't enter heaven. 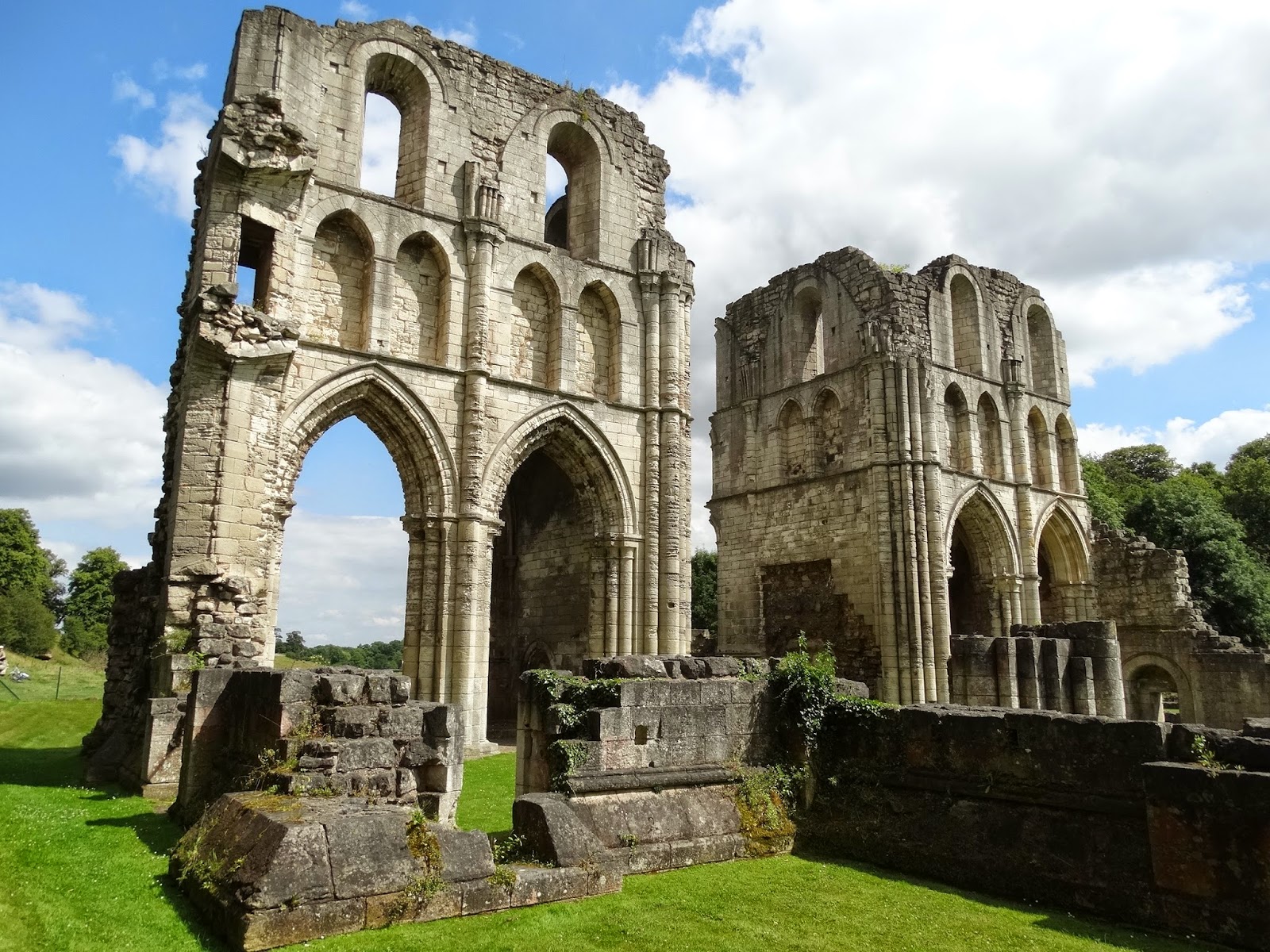 Just to build a substantial religious campus like Roche Abbey would have been a mind-boggling task in the twelfth century. Suitable stone would need to be identified in the local area then quarried, dressed and brought in carts to the site. No electric drills, no trucks, no dynamite, no tubular scaffolding. It makes the construction of The Shard in London - or any other modern skyscraper - seem like child's play.

There were over fifty Cistercian monasteries in England and they were like the tentacles of a movement that had its central powerhouse in France. Cistercian leaders had great political sway with monarchs and popes for five hundred years. It would have been hard not to listen to an organisation that could boast such economic power and in everyday terms governed the lives of many thousands of people throughout western Europe. 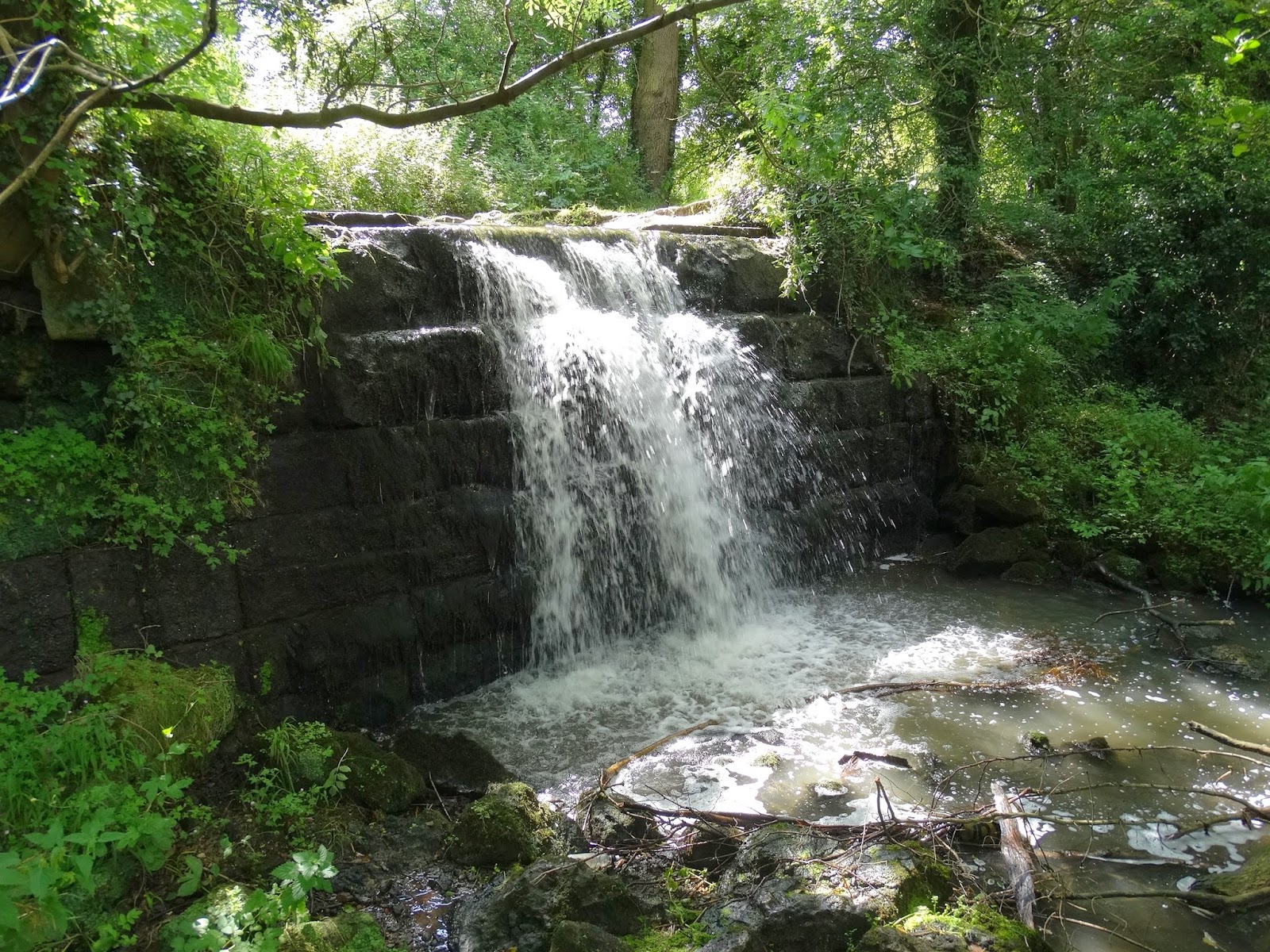 Roche Abbey has a fence around it these days and is overseen by an organisation called "English Heritage". It used to be that you could wander freely around the site at any time but now you can only go inside the fence on Wednesdays, Sundays and Bank Holidays, paying £3.60 for the privilege. I took my photographs and kept on walking on another gorgeously hot and sunny summer's day. If only Roche Abbey's stones could speak. I would love to listen to their stories. 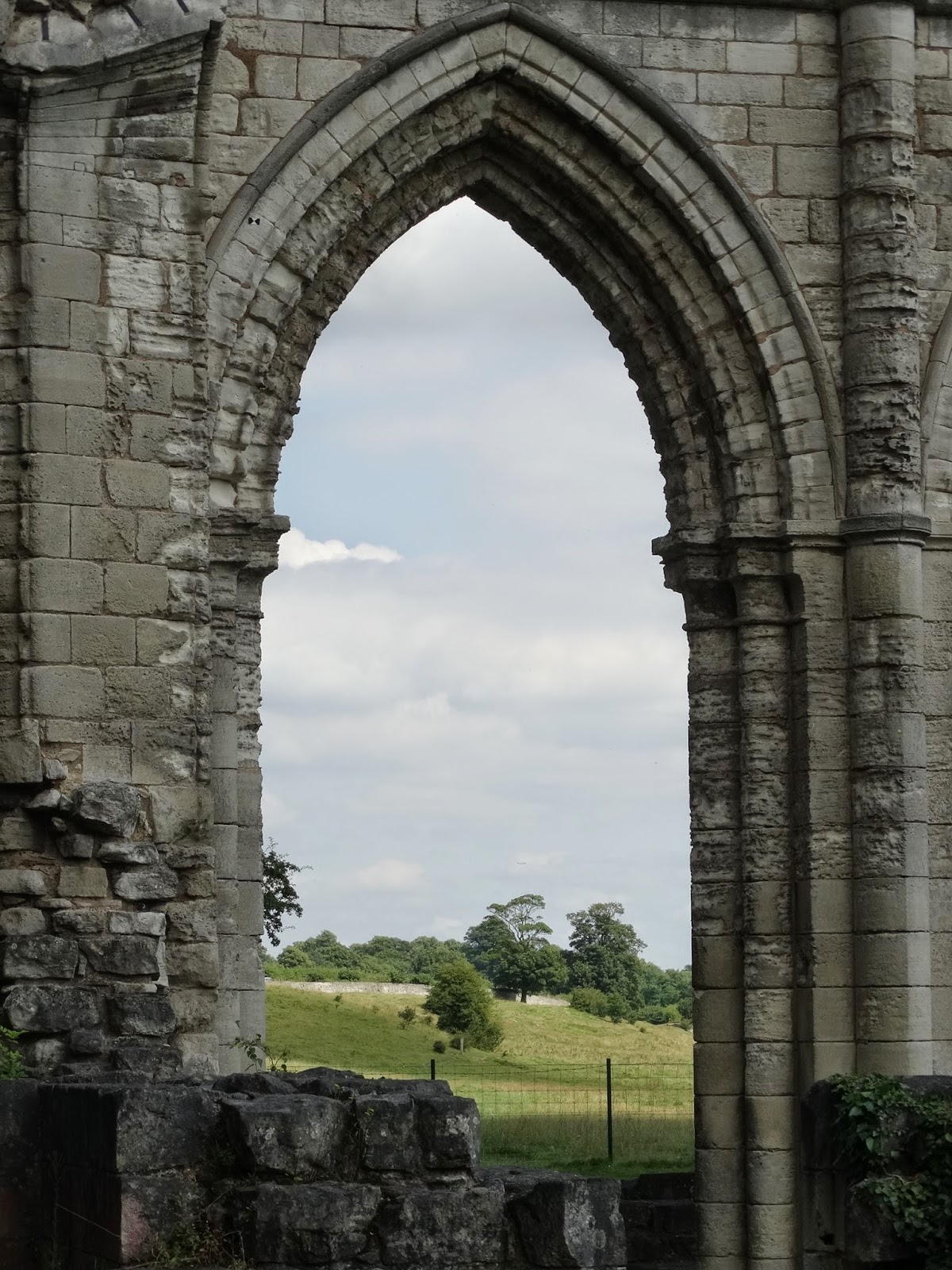