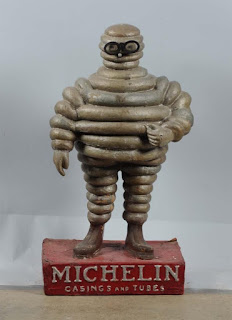 Reeling away from the table like Bibendum, the famous Michelin Man, I managed to lurch ten yards into the living room, collapsing into the sofa. My belly was filled with all sorts of things.

There was the traditional starter of prawns in seafood sauce on a salad bed. Then there was the banquet itself on an oversized plate. Roasted potatoes, mashed potatoes, roasted sweet potato chunks, roasted carrots and parsnips, peas from our garden, brussel sprouts, leeks, homemade chestnut stuffing, apricot and stilton stuffing, sage and onion stuffing, pigs in blankets, cranberry sauce, turkey gravy and of course slices of roasted turkey meat. As Ian's a vegan there was a also his "Bosh!" portobello mushroom wellington. It was all washed down with a good quality sauvignon blanc from New Zealand.

I cleared the plate and waited for the homemade Christmas pudding with brandy sauce, brandy butter and cream. Yes. Like Bibendum I was fit to burst.

We sat in the living room and watched a sci-fi film starring Matt Damon - "The Martian". Not my cup of tea but I followed it to the end still unsure why my son had raved about it but hey, he has watched all the Star Wars films when I haven't seen a single one. I'm a fan of reality and well-crafted portraits of believable lives. "The Martian" simply confirmed that for me.

Frances's young man Stewart came round in the evening. We had beers and turkey sandwiches and watched another film as rain began to pelt our windows. The second film was "Eddie the Eagle" and in spite of myself I rather enjoyed it. After all it was based on a real man's Winter Olympic ambitions. There was a good mix of highs and lows, laughter and tears. I guess in the end it was what you might call a "feel good film".

And now it is Boxing Day once more. The sun is shining. Frances and Stewart are on their way to London in Shirley's little car. Stewart's extended family have a big  gathering in West London every Christmastime and they are all expected to be there. F&S will be driving back Up North tomorrow. They will have done their duty as well as spending seven or eight hours sitting in a small metal box on wheels. 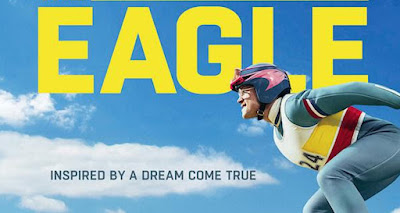