Oh Jesus, won't somebody help me? I'm so scared, I'm not just shaking, I'm literally shitting myself.. I'm in a little cave I discovered a few weeks ago - beneath the rocky headland, just round from the main beach. You have to really crouch down to get in. I've got a bag with a few possessions in, my passports, money, a two litre bottle of water and this laptop - which thank God is fully charged.

Earlier, I was down at the social club watching England beat Ukraine in the European Nations tournament. There was a bunch of the new immigrants in the bar - a dozen or so of the nasty bastards. As they constantly raided the bar,  I wanted to yell at them that the Tetley's was just for me, the "Wild Tiurkey" was reserved for Mr Brague and the "Babycham" had been bought in specially for Arctic Fox and Shooting Parrots. But my instincts told me to say nothing and just smile. They kept patting me heartily on the back as if I was their best buddy or something. They were getting louder and nastier and their eyes were bloodshot. When Wayne Rooney scored the victorious tap in header, their cheers were clearly ironic. They were laughing at me, not with me.

It was a relief when the match finished and I could get home to Thuza and Arun - The Coconut Boy. But when I got home, Arun wasn't there. Thuza said he'd probably been secretly watching the football match from the  social club's shrubbery with some of the other Burmese kids.

Ten minutes later, we heard him running on to the veranda. He was all hot and bothered and out of breath. He garbled something in Burmese, gesticulating like a mad man. Thuza's customary inscrutable smile turned to  terror as her face went a whiter shade of pale. She translated:-

I sprinted to the bedroom, grabbed my Royal Stewart tartan holdall and stuffed it with a few necessities before hurdling over the veranda's wooden handrail into the pitch black garden where I crouched down in the shadows of my banana grove. Not a moment too soon. I heard the gang coming down the path. Fired up on alcohol and full of bloodlust. It was obvious that they were after me. 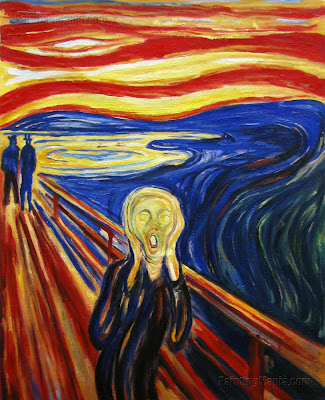 What happened next will remain with me for the rest of my life. It was so terrible it still seems surreal. I keep shaking my head, hoping to wake up, hoping it was all just a horrible nightmare. But I know it wasn't. It was as real as the tears that are dripping on to my laptop's keyboard as I write this account.

They were yelling gruffly at Thuza and Arun. Pushing them around. Arun was screaming and  one of the rigngleaders  grabbed Thuza's hair then slung her roughly to the hardwood floor of my living room. I could see it all through the french windows - like a late night horror film on a big screen.

I wanted to rush in like Superman - to fight off the forces of darkness but in real life, as we all know, goodness rarely triumphs over evil. If I'd gone back in, I have no doubt, no doubt whatsoever that they would have brutally assassinated me. My survival  instinct was utterly backed up by what happened in the next five or six minutes while I looked on frozen with terror.

The shouting increased along with the slapping and then the punching. Two of the drunken thugs held Thuza's arms back while another pummelled her with bare fisted punches to the torso and head. She was screaming hysterically in Burmese but they were just laughing like mad men. And the same was happening with Arun, even though he was just a kid. There was genuine agony in his protestations. A couple of times I had to avert my eyes.

And then one of them found Arun's machete. There was no warning, no teasing. It all seemed to happen in slow motion. I saw the blade flash above the man's head and I watched it come down. In one fell swoop he sliced off the top of Arun's head like a coconut.  Blood and other stuff spurted out. Arun had stopped screaming. I retched, afraid that they'd hear me but their attentions were now fully turned to gentle, beautiful Thuza. She was on her knees, pleading for her life but they weren't listening. One of the ringleaders grabbed the machete and hacked at her neck three or four times until she was decapitated in a gory mess of hot, crimson blood. Awful. Awful, Awful!

I grabbed my bag and rushed away, feeling like a fox about to be pursued by huntsmen on horseback. And as I sit here quaking, I ask myself not only: Why? But also: How? How could they do that to two such lovely and innocent people? I can't get the images out my head and I fear what tomorrow might bring. I'm going to have to save the laptop battery. I'll  try to blog again tomorrow - if I'm still alive. Night night Thuza! Night night Arun!
- June 20, 2012