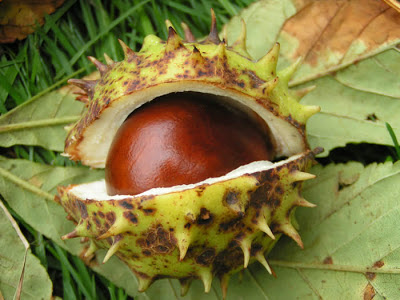 We dug deep into haystacks, yanking out bales till dens were created. Of course these secret places were dark and smelt sweetly of harvest. In there, once, I met with Gillian Hartley's lips, plumped up like miniature cushions and ruby moist. We could hardly breathe though we were less than eleven.  We never knew that kisses could be so intoxicating. The closeness. The sense of having crossed a line. We emerged as if from a bay, gasping for air, her hair tousled with straw.

And in those summer nights upon the old recreation ground up High Stile, we village lads kicked our leather football with wild enthusiasm. Best to Law. Wagstaff to Chilton. Goal! "Over 'ere! Pass it for Christ's sake!" Laughing. Yet again, it went over the wall into the land behind a neighbouring house. They were market gardeners. My playmates nominated me to go round this time. Perhaps I had kicked it. "Excuse me Mrs Hurst, could we have our ball back?"

She was holding the leather orb against her floral nylon  housecoat with a fierce expression. "No!". So I challenged her politely but she resisted when I just wanted to return to our knife-edged game. Where did my next words come from? "The Eagle" comic? "Billy Bunter"? There could be no actual swearing so I said the next best thing - "Well I think you're a damned rotter!"

She was appalled and ugly, grabbed my arm and yanked me into her cramped living room. All antimacassars and seaside ornaments with the vaguely unpleasant odour of their dog. I could easily have broken away - returned to our field of dreams but in those days there were unspoken rules you had to follow and children knew their place. She picked up their black bakelite telephone with its twisted brown cord - identical to the one that sat on the window ledge in our house - and she spoke to my father about his contemptible, foul-mouthed offspring.

Dad arrived and heard her story then he led me away with the ball which we tossed back over the hawthorn hedge to the other fantasy footballers. He wasn't angry with me. Years later he told me how amusing he had found it all. Damned rotter indeed!

With autumn time we would roam the farmland to the west of our village to find the best conkers - hunting for some sort of holy grail. The conkers hung heavily - spiked  like little green World War II sea mines and we would throw sticks or stones or edge bravely along limbs and stout branches - thirty feet up like circus acrobats. Our parents never knew. In a neighbouring village, a boy called Keith fell to his death one bright autumn. For we all wanted the prize conker, the conker of conkers and dreamed of splitting the very next green husk to find it - as shiny as polished mahogany and as big as a child's fist.

But it never revealed itself and all too soon childhood was over. The Eleven Plus. Be-satchelled me in kneesocks with black and red stripes along the tops, waiting for the bus to that Edwardian Billy Bunter  "college" in Hull where I never belonged and them raucous on the other side - travelling to their secondary modern in Hornsea. Nothing was the same after that.
- June 24, 2013