Yorkshire has been named as one of the top places in the world to visit in 2014 in a new travel booklet. Lonely Planet put the area third in the top ten world regions, behind destinations in India and Australia. The guide mentions Yorkshire's "rugged moorlands, heritage homes and cosy pubs" and that next year's Tour de France's "grand depart"will be in Leeds.Thirteenth century York Minster also makes it into the guide's top ten global "sights to make you feel small".

Quite frankly, I am outraged by this! I mean to plonk Yorkshire in an insulting third place is a heinous slur on my county's good name. Sikkim? The Kimberley? These are nowhere kind of places compared with Yorkshire. I can only imagine that the Lonely Planet judges were bribed by the burghers of Sikkim and Kimberley. If fair was fair we would be miles out in front.

For your interest these are the top ten world regions - according to Lonely Planet:-

Nowhere in the Lonely Planet summary did they mention our famous Yorkshire puddings, salubrious Parson Cross estate in Sheffield, the lost pit villages of South Yorkshire. No mention of Philip Larkin or Andrew Marvell, The Brontes, Sir Geoffrey Boycott, Ted Hughes, the chalk cliffs at Flamborough, Pulp, The Kaiser Chiefs, Hull City A.F.C.. Not a sausage about Sheffield being the original home of organised football with the oldest football club in the world and the oldest football ground too. Nothing about Saltaire or the Yorkshire Wolds, David Hockney or Damien Hirst, Samuel Holberry, Richard Whiteley or J.B.Priestley , William Wilberforce, Hilda of Whitby, Dame Judi Dench, Percy Shaw, Barbara Hepworth, King Henry I, The Arctic Monkeys, Mel B from The Spice Girls, Harold Wilson or King Arthur Scargill. Zilch! Nor anything about Fountains Abbey or Rievaulx, Beverley Minster, our proud Danish heritage, Black Sheep Ale, fish and chips, the rhubarb triangle or rugby league. I could go on and on...  Are you still awake?

Shame on The Lonely Planet for only putting Yorkshire third! 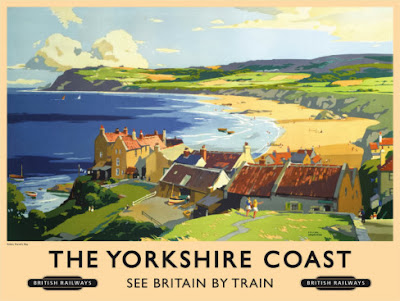