Visitors who have suffered this blog for  months,  years in some unfortunate cases, may recall that I am a regular contributor to a  British photo-mapping site called "geograph". Click on the logo below:-

In a typical week, around 5,000 new photographs are submitted to the site and every week there's a competition to decide the photo of the week. Last year, I achieved this accolade twice - both pictures being snapped in what has become my beloved Peak District.


Last month, though I say it myself, I captured a series of marvellous pictures from Stanage Edge during a temperature inversion - when cloud hung around stubbornly in the Hope Valley. Right place, right time. I noticed a man squatting on the nearby moorside - half hidden by a heather mound. At first, I thought he was obeying an urgent call of nature but as he stood up I realised he had been making final adjustments to his remotely controlled model aeroplane. He released it and the thing whizzed manically around in the January air.

It was difficult to capture that little plane in my viewfinder but I managed it three or four times and this was the best result:- 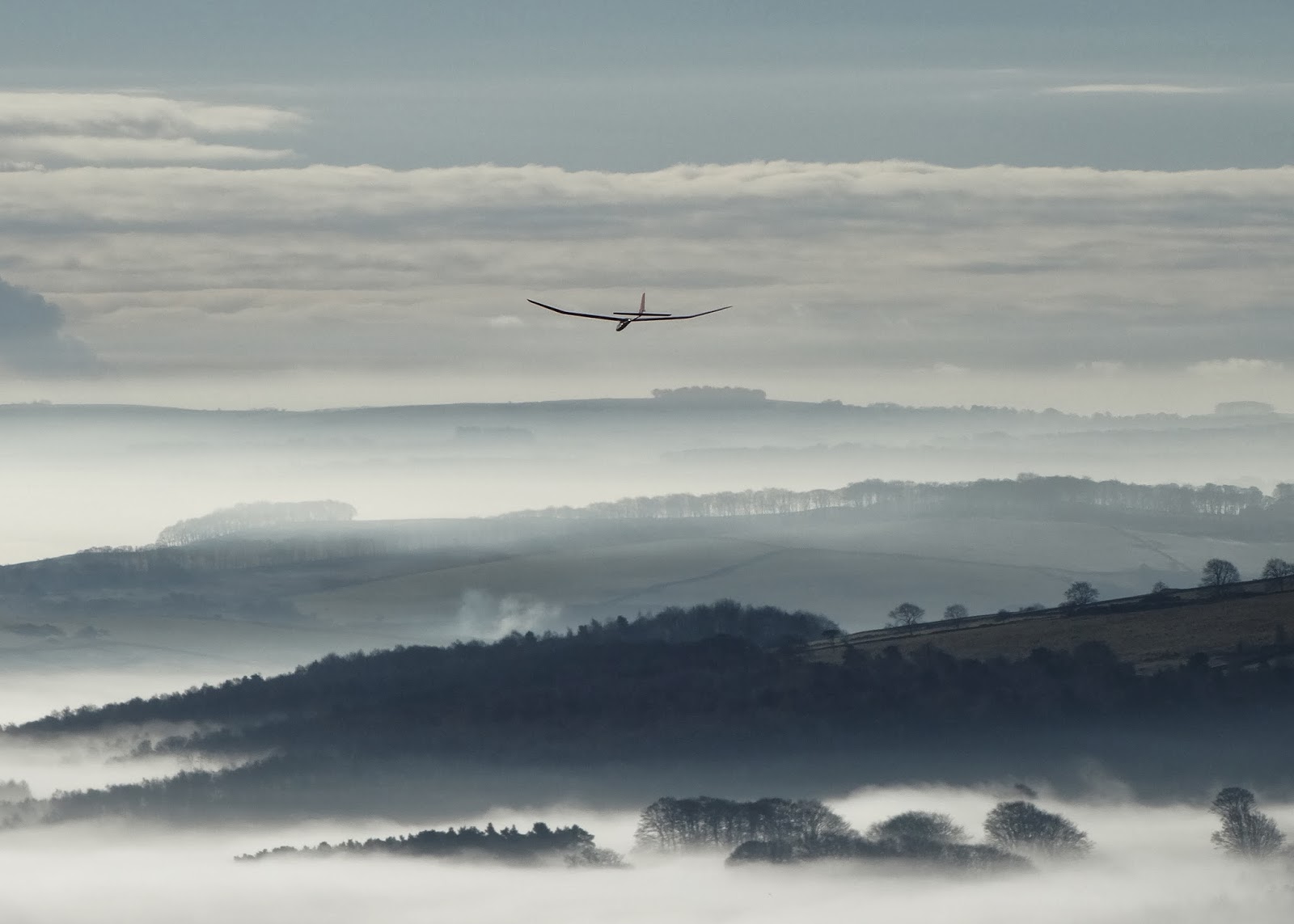 I am proud and pleased to let you you know that this was the geograph photo of the week winner for Week 3 (2014). The judge said:-

A beautiful image of the landscape around Stanage, with a cloud inversion over layers of wooded hills greatly adding to the atmosphere of the shot. I do not know how a model aeroplane came to stray into the field of view, but this makes the image something special, with the angular shape of the plane contrasting nicely with the softer shapes of the landscape below – in all, a moment in time well captured by the photographer. The limited colour range of the shot is also noteworthy – the image could almost be described as an “honorary black and white” My congratulations to Yorkshire Pudding on a worthy winner of this week’s competition.

My prize? A flatscreen TV? A dirty weekend in Canton, Georgia? A bottle of champagne? No, I am afraid not. The prize is simply to pick the winner from next week's shortlist. After all, we are all amateur photographers and "geograph" is non-profit making.
- February 05, 2014