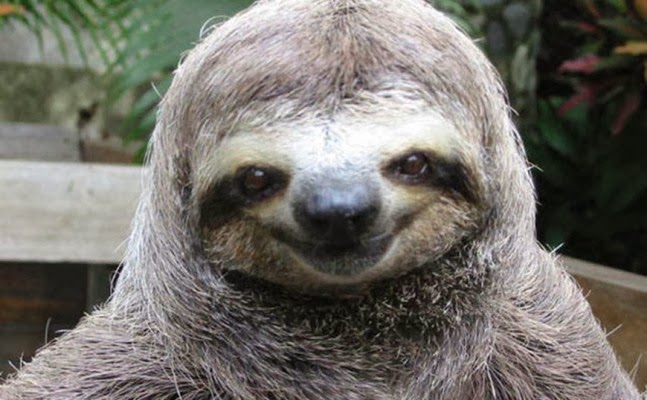 "Procrastination is the spice of life!" was shouted from a window on the campus of the University of Stirling - probably some time during 1975 - or maybe 1976. It was a woman's voice and she remains anonymous and unknown to me. Funny how certain things stick with you.

Once I was Mr Busy Bee. There weren't enough hours in the day. Up with the larks, I scooted to the shower, dressed in record time and leapt downstairs to gulp scalding tea and consume a slice of toast in one enormous mouthful. Then grab school bag and keys, out to the car. And it was always 7.52 exactly. Zooming to the school, I knew the quickest route like the back of my hand.

The work was always full on. With my English team, we often felt like firefighters, beating down those crackling bush fires. We had working lunches - not the ones others might enjoy - but literal working lunches - at one's desk or computer - filling in data, checking work-related messages, marking books while munching on sandwiches. Towards the end, I gave up making tea or coffee at work because that took too much time so I just swigged water from a two litre bottle.

As the head of department, the buck stopped with me. I had other people's discipline issues to address. Hundreds of times I had to leave my own classes to deal with recalcitrant, awkward, lazy, disruptive, violent or mentally disturbed children in corridors. Often they came back to my classroom and sat at the side or we'd try to get the superior and often dismissive senior management team to roll up their sleeves and support us - that is if we could locate them. And staff were sometimes at the end of their wits. There were tears, "sickies", anti-depressant tablets, problems at home, arguments, letting off steam.

After the often stormy weather  of each timetabled school day had passed, there were usually meetings to attend, things to sort out or on Thursdays - detentions to administer. I returned home between six and six thirty - unless there was a parents' evening to attend. Back home, I'd take my schoolbag from my car. It always contained a bunch of pressing things to do or pupils' assignments to mark and assess. I would frequently do an hour or two of school work late at night before retiring to bed and Sunday evenings were often devoted - not to my wife and children - but to that damnable black school bag - its mouth forever open and endlessly deep.

That's how it was. In another life. Now I am not Mr Busy Bee, I am instead Mr Idle Sloth. This blog might have accidentally given you the impression that I spend all of my time hiking around the countryside or taking photographs, watching films, travelling abroad,  maintaining this house or  reading books but if the truth be known Mr I.Sloth spends the majority of his time just lazing about. Forgive me Father for I have sinned. I confess.

No need to get up early. Put the news on the radio at nine o'clock. Dressing gown and downstairs. Tea and porridge or egg on toast. Watch some "Home Under the Hammer" or "Down Under Revisited" - just now its the Winter Olympics - women's curling and I am not talking about their flowing locks. Another mug of tea. Still in dressing gown. Wander outside to feed the birds - though we see less than we used to do. Switch on this computer. Check out familiar sites. Check emails. Check blogs. Maybe write a blogpost like this one. The morning drifts away. Time for a leisurely shower while listening to "You and Yours" on Radio 4. Get dressed. Make the bed. Empty the dishwasher. Check the mail. Make some lunch.

It was on a morning such as this that I recently missed a dental appointment. Too busy being slothful to look at the calendar and now that excellent NHS dental practice has banished me in spite of my protestations. I have to get on the list of another practice. If only we could have dealt with school pupils like that when I was Mr Busy Bee - "You failed to hand your assignment in on time so your exam entry has been cancelled" or "You played truant on Wednesday so you are off the school roll and you'll have to find another school to disrupt!".

Of course, sloth is one of the seven deadly sins but I don't feel too guilty about it. Pottering around, wasting time, relaxing. It's like payback time for those endless busy bee days. My afternoons are dictated by the weather. Country walking - shopping - making the evening meal. Then there's "Pointless " on the TV with the affable Alexander Armstrong and Richard Osman. Like the woman shouted, and maybe it's true, "Procrastination is the spice of life!" There's a lot to be said for idleness.
- February 19, 2014