No floods in South Yorkshire but even so the ground is pretty sodden. This was one of the tracks I squelched along on Sunday morning:- 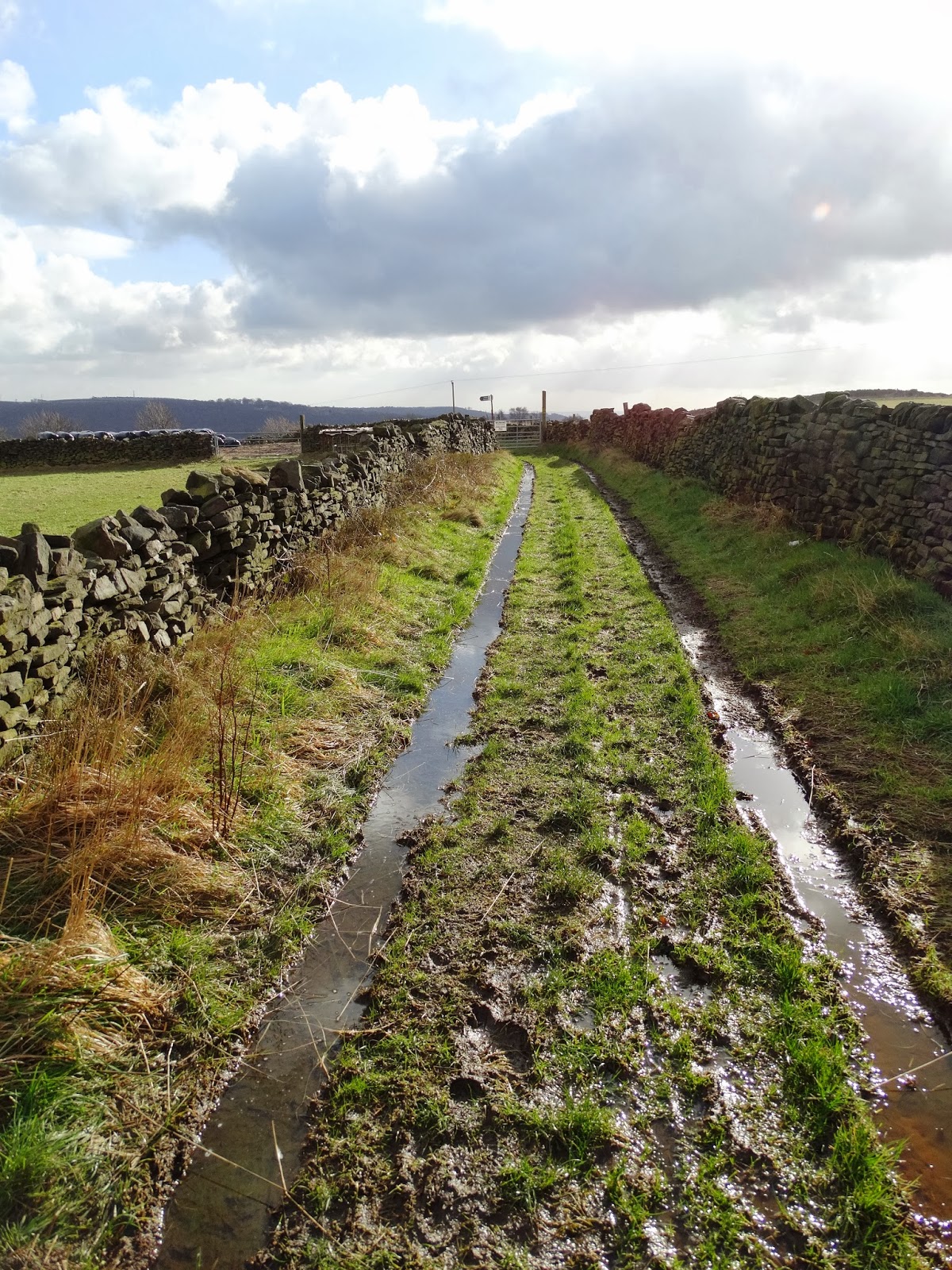 I know that Mountain Thyme in Colorado likes to pin down where I have been walking using Google imaging. It was east of Bolsterstone to the north of the Ewden Valley, just below Stocksbridge. I had chosen to walk up on the hill in the vain hope that recent rain might have drained away. No chance. At times I felt like a World War One soldier at Passchendaele. My trusty boots were smothered in milk chocolate coloured mud. Fortunately, German soldiers were not shooting at me from their Teutonic trenches.. 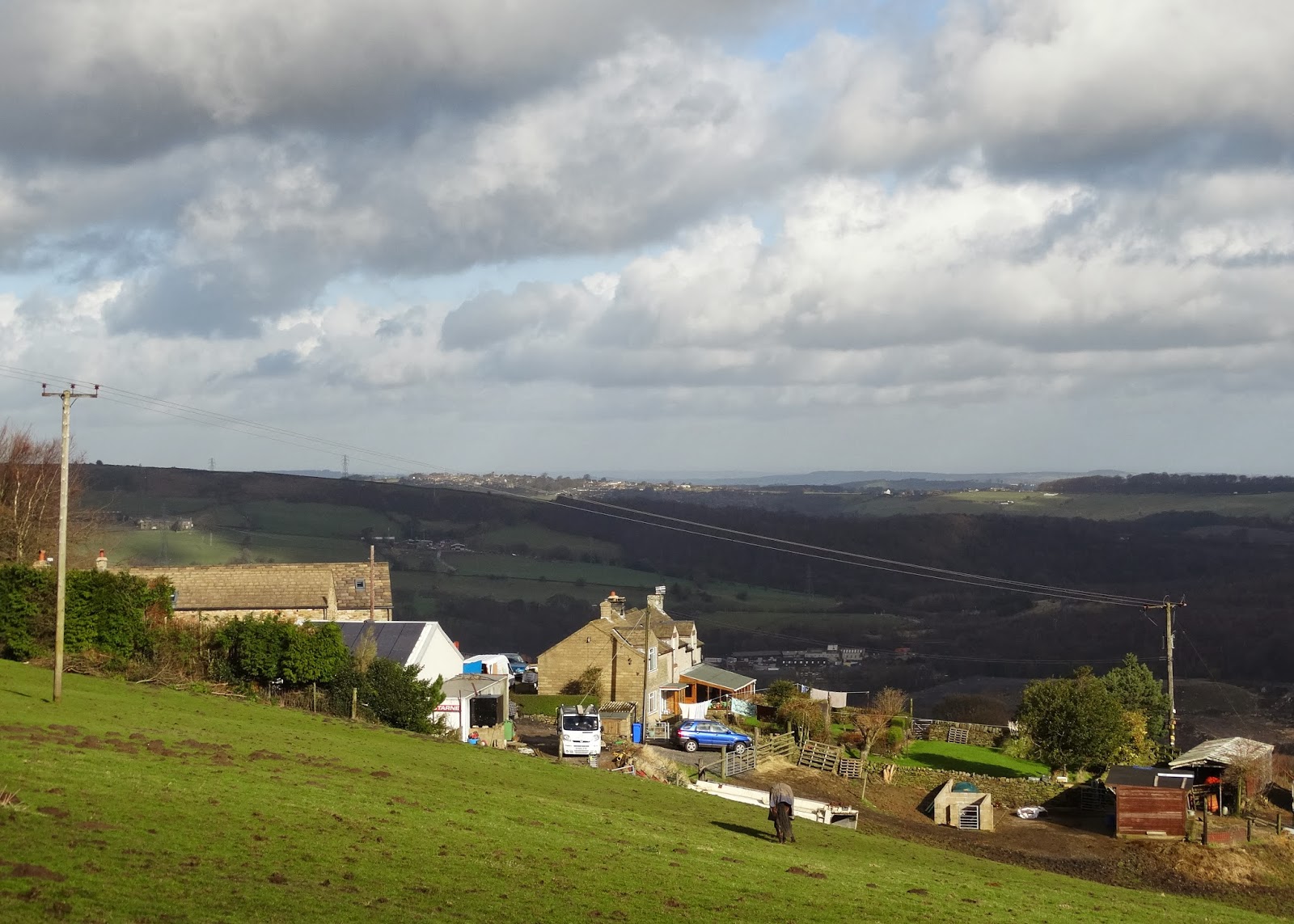 Above you can see lofty Hollin Edge Farm. Here I spoke with the ruddy faced farmer for a good few minutes. He was a pleasant fellow - born on this farm and he has lived there throughout his fifty hilltop years. He told me that his father had died two years ago and I sensed that his pain was still very raw. I guess that his father taught him everything he knows about hill farming - especially rearing sheep. They must have been very close - living and working together for so long. 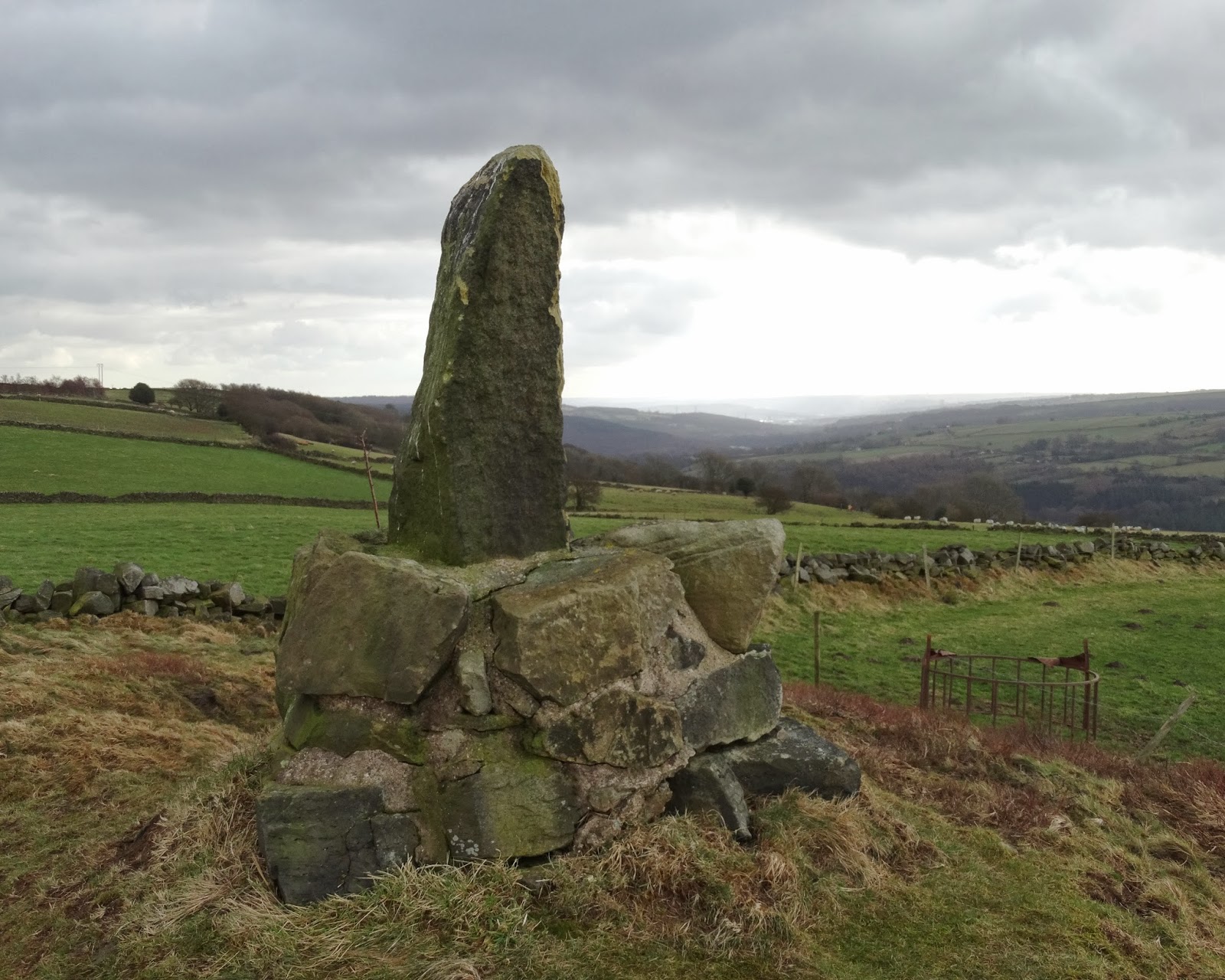 It may look ancient but the cairn above was erected in the 1870's. It is near the village of Bolsterstone and was constructed on top of Walder's Low which is a very ancient mound - the burial place of a Saxon chieftain - probably around 700AD. 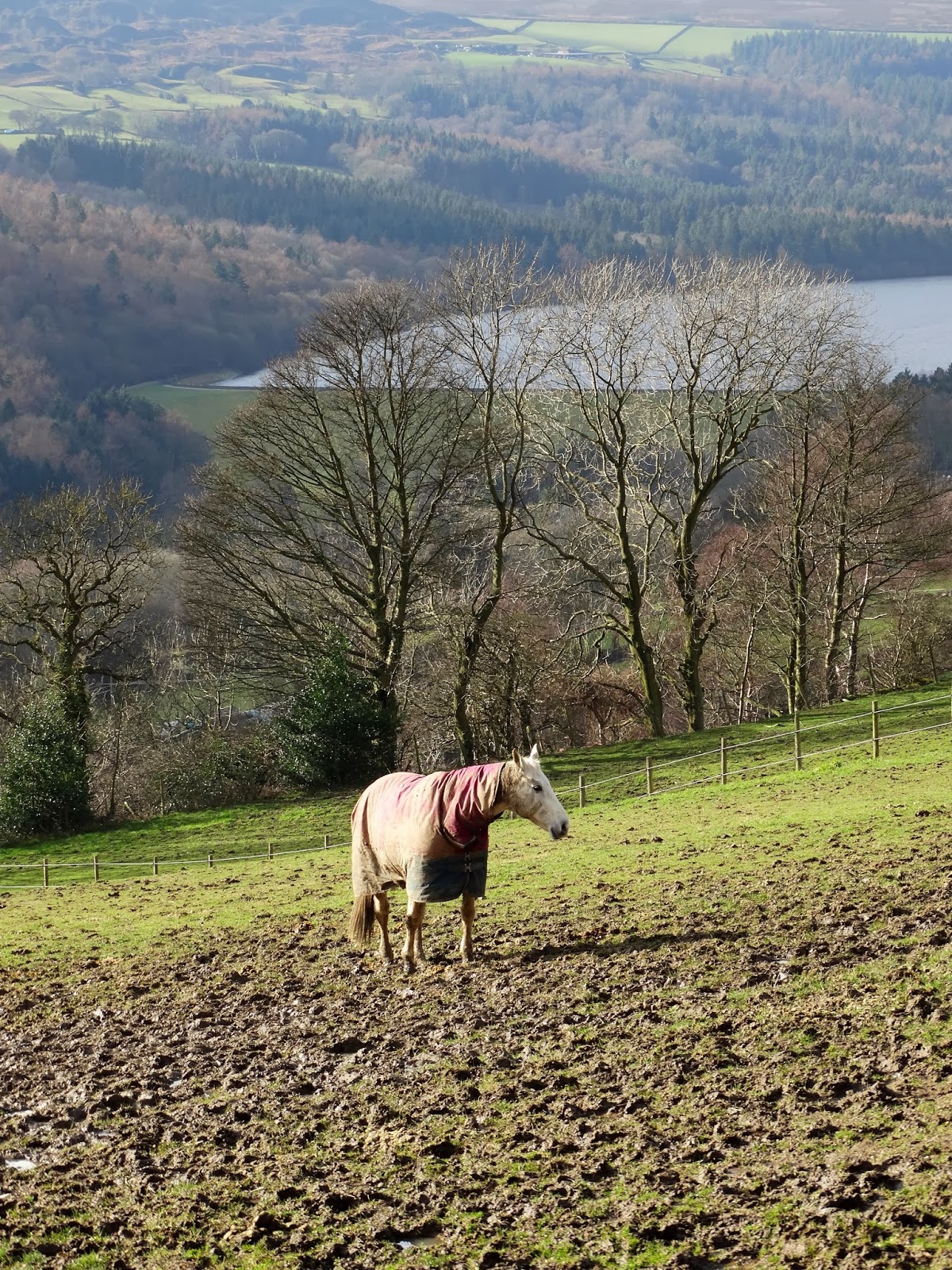 Above, a muddy white horse looks for something green to graze upon on Sunny Bank. Beyond, you can see brimful Broomhead Reservoir in the valley. If only we could export some of this water to southern California!


Soon the non-sexual slipping and sliding and squelching was over. Walking down a tarmac track, back to my car, I tried to wash my boots in the clear water that was cascading from the hill above. It was as if the road had become a stream bed.


It had only been a short two hour walk because I needed to get back home. Our friends and neighbours - Jackie and Martin - had invited Shirley and I round to their house for Sunday dinner. Wine, beer, laughter and good home made food. The feast lasted a full five hours - putting a bit of welcome sparkle into the middle of muddy February.
- February 17, 2014