One hundred and fifty years ago tonight, disaster struck the city of Sheffield and its north western suburbs. March 11th 1864 was the night of The Great Sheffield Flood. and quite shamefully - in terms of national consciousness - this terrible disaster is now  almost lost in the annals of Victorian England's history. If it had happened anywhere near London - everybody would know about it.

In the days leading up to the disaster there had been heavy rain. From the moors above Bradfield small streams gushed their way towards the Dale Dike Dam - only recently constructed to create a massive reservoir that would supply clean water to the city's burgeoning industries and its growing population.

Civil engineering could sometimes be an inexact science back then - especially when profit hungry private businesses got involved. Needless to say, the dam was breached and with very little warning an estimated three million cubic metres of water surged down the Loxley Valley all the way to Malin Bridge, Hillsborough and beyond. This roaring torrent destroyed six hundred homes and killed two hundred and forty one people.

This evening, I say a silent prayer for all the lost ones - the babies, the small children, the mothers, the fathers, The Spooners, The Websters, The Armitages, The Coggans, The Gannons - all good Yorkshire working folk who paid the ultimate price and I remember John Turton of Owlerton who was my age and little Thomas Elston of Neepsend who was only two weeks old. All gone - but not entirely forgotten. 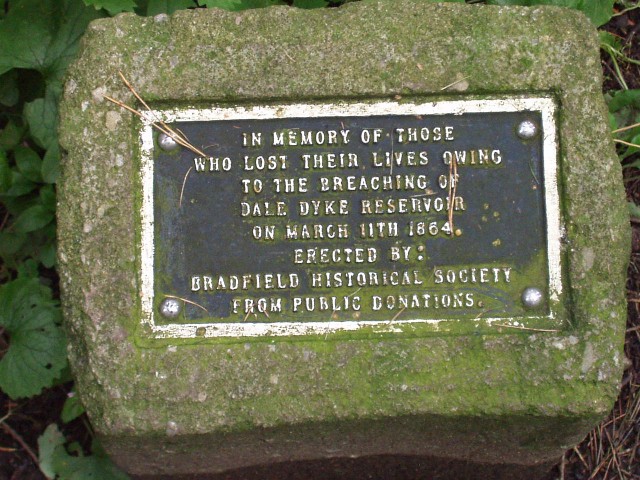 If you would like to know more about The Sheffield Flood - go to Mick Armitage's website.
- March 11, 2014