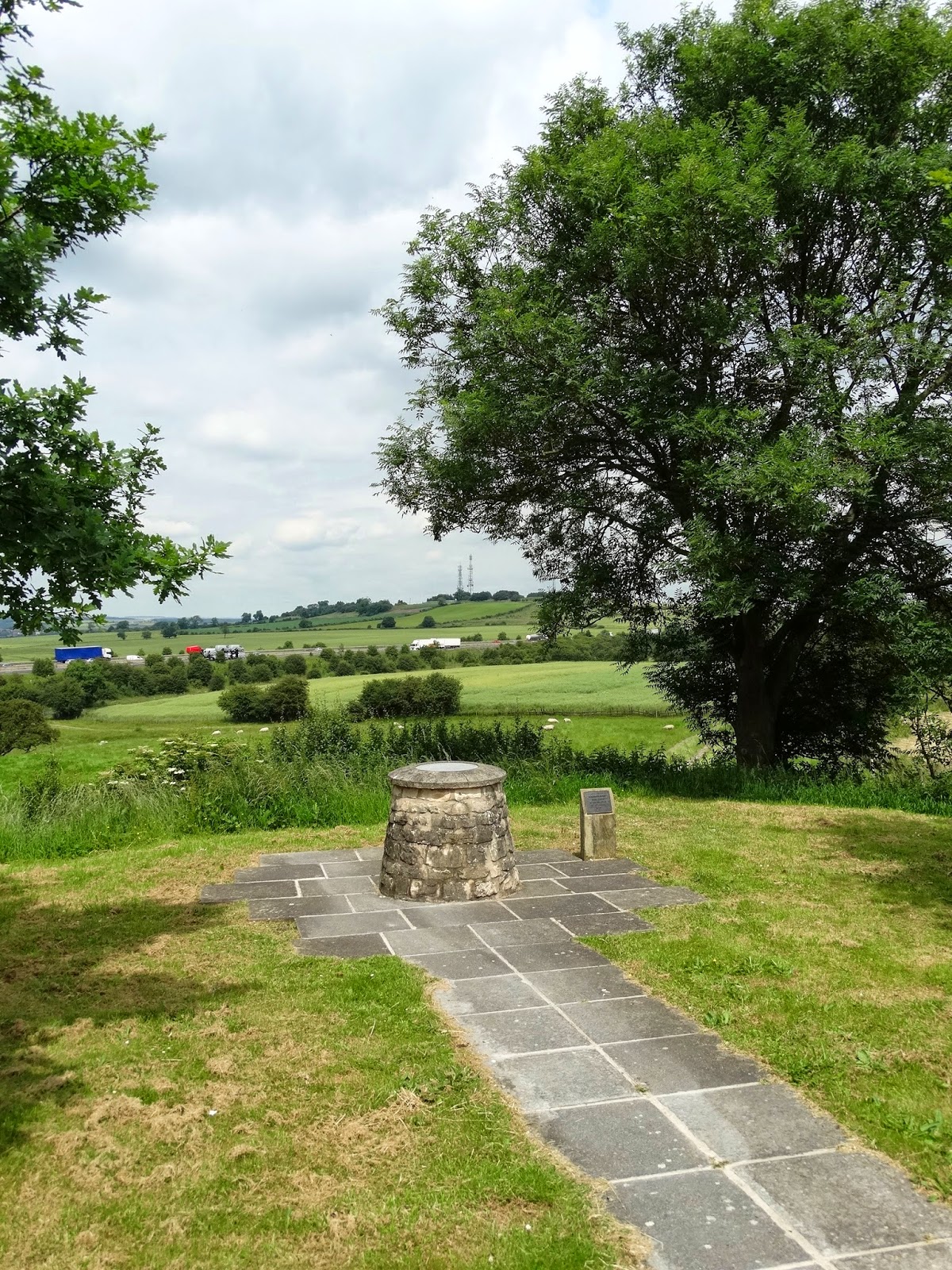 Until last Wednesday I had never heard of Micklebring even though I must have driven by it a thousand times. It's a small village north east of Sheffield and close to the M18 motorway. I parked up there close to the viewpoint you can see in the picture above before setting off on my planned country walk. Under the M18 and up to Beacon Hill then curling round it to a delightful Yorkshire jewel - the village of Clifton. It is where the Scottish footballing legend Billy Bremner lived for the second half of his life and where he died. Through the woods and on to the ridge and faraway I could see this across the fields - it's Conisbrough Castle - a Norman Castle recognised by Sir Walter Scott in "Ivanhoe". It's beautifully preserved. 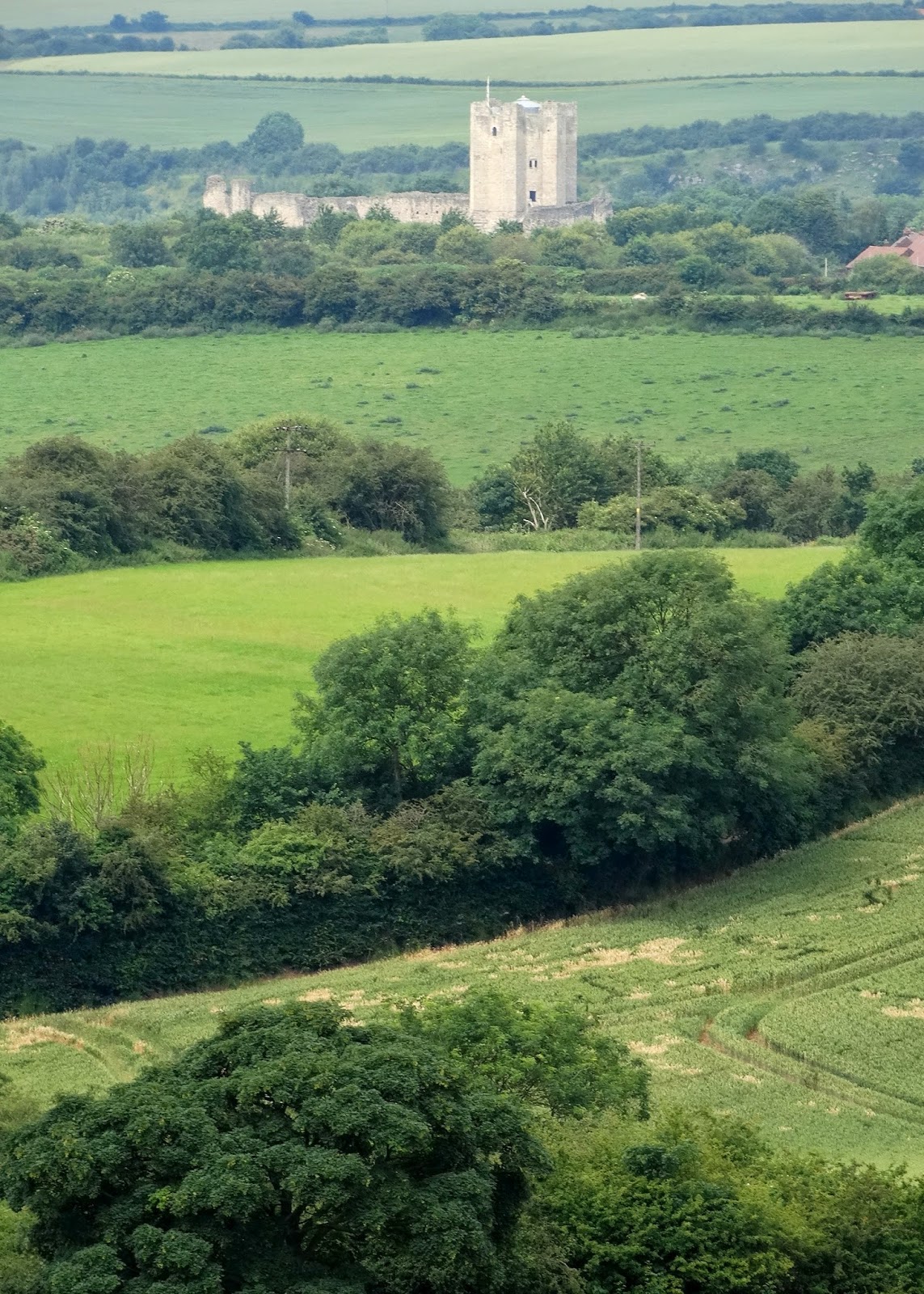 To the south of the castle lies a swathe of agricultural land that was once a great hunting park. My map told me to go across a disused railway track to Conisbrough Parks Farm and from there I could meet up with another designated public right of way at Parks Farm Cottages - along a lane just five hundred yards away.

However, my map did not tell me that at Conisbrough Parks Farm there would be a burly farmer riding in an old  tractor with a vicious Alsatian called Satan. When he saw me arrive at the gate to this semi-derelict property, he squeezed out of his tractor seat and trundled over to see me. He resembled Shrek in a bad mood and seemed to take enormous delight in insisting that I couldn't walk along the farm track to Parks Farm Cottages. "So how do I get over there then?" I asked. He was most unhelpful, interspersing his responses with yells of "Satan! Stay there!" to the now foaming red-eyed wolf in his tractor cab. Like the Kinder Trespassers, I have always had an issue with private land but rather than cause a scene with Shrek I apologised for interrupting his work and shrunk away back to the disused railway bed.

This meant I had to do a very long detour into Conisbrough and I was "off map" as you might say. I met a young Romanian body builder - as you do - out for a solitary country walk but he hardly spoke any English and didn't know the way to Park Farm Cottages. I detoured into Conisbrough Cemetery and saw this memorial:-

It was erected in 2012 - a hundred years after a local coal mining disaster in which eighty eight men were killed - it was the same year that "The Titanic" went down but who else has heard of the Cadeby Colliery Disaster? And it was ultimately all down to the greed and incompetence of the mine owners who seemed to see coal miners as expendable items in their quest for wealth. Has anything really changed?

An hour after my encounter with Shrek I finally made it to Parks Farm Cottages and from there I plodded down the lane to Conisbrough Lodge - a sadly abandoned farm. It was clearly  a big farm in its heyday with some ancient stone buildings and probably had a very long history indeed. The very name "Conisbrough Lodge" is reminiscent of distant times when this area was, as I said earlier,  a royal hunting ground.

I walked around the ruins and realised that if I were an archaeologist I could tease out a long story of the life and times of this farm and of the people who once lived and worked here - long, long before the nearby M18 motorway was conceived. The echoes of their laughter, their horses and their agricultural machinery can still be heard if you care to listen:- 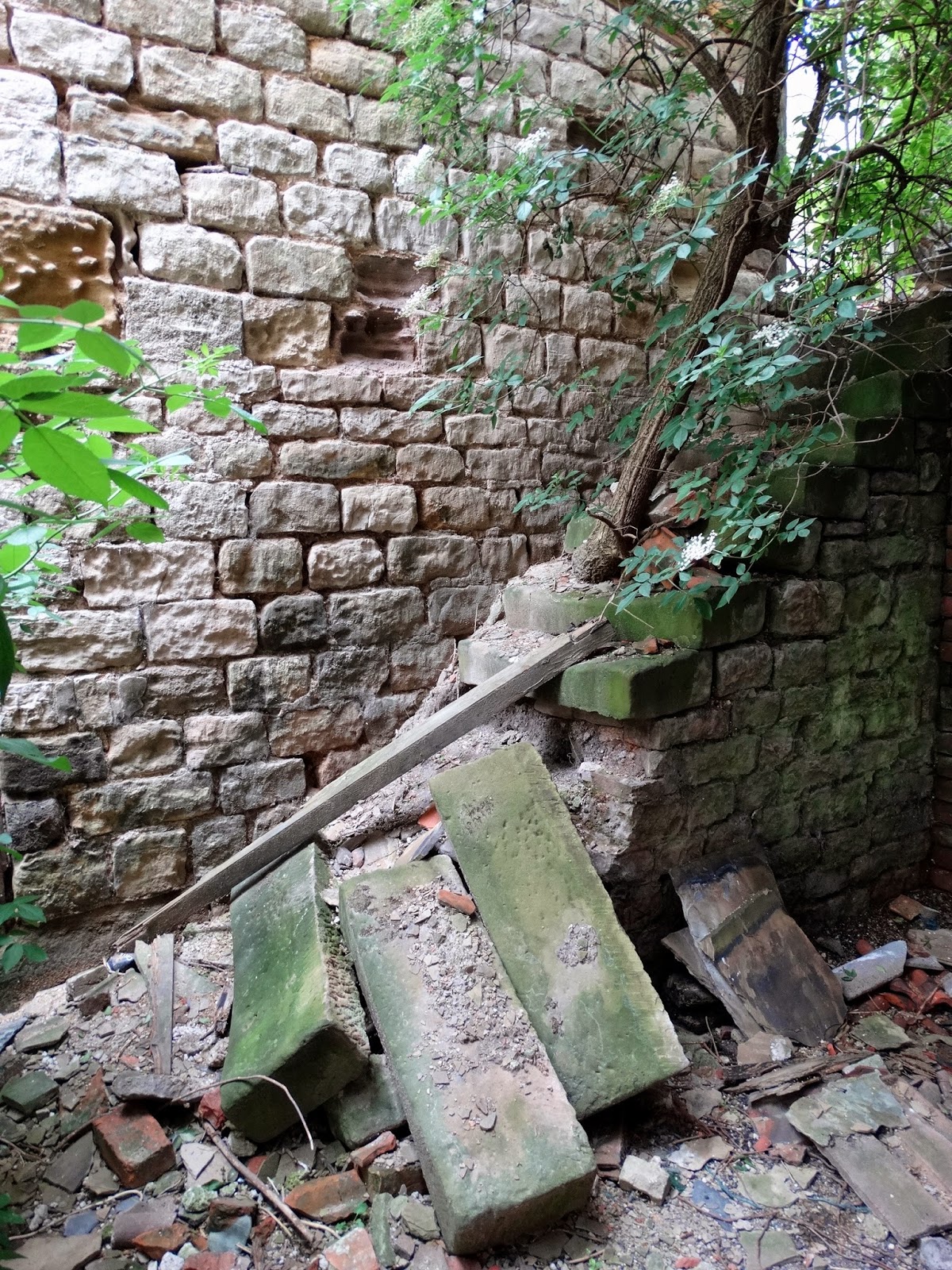