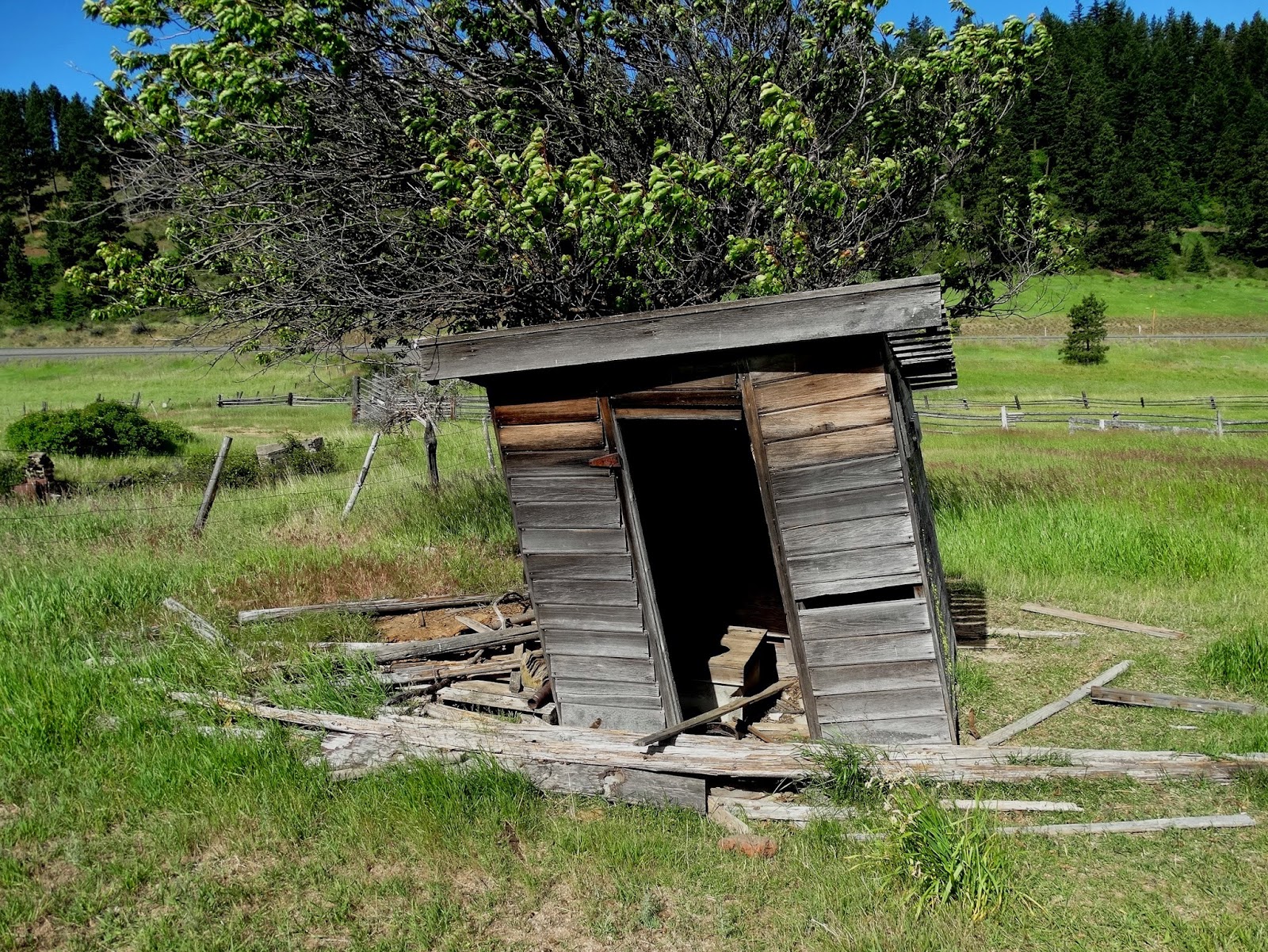 At the abandoned farm north of Ellensburg by Highway 97, I was in my element. The place was all homemade - through the graft of the farmers who had occupied this remote property. The wooden fences had been nailed by the occupants. They had built the high barn and the stalls for the cows. They had made a tall conical store for hay and a little house to live in. I peered through the unglazed windows to the rusty old refrigerator and the rusty stove, the rusty bed springs and the broken rocking chair. Nearby there was a well and an area for dumping rubbish and rocks. There were two farm huts and as we all need to excrete there was the leaning privy pictured above.

As the farmer sat there, his thoughts would have mostly been about the running of his little dairy farm, the cows, the horses and the chickens. He would have considered the list of jobs he had to do as he struggled economically to keep his head above water. Maybe he would have remembered his last visit to Seattle or the Kittitas County Fair in Ellensburg or that time he kissed the girl in Leavenworth. What was her name? Rose - yes Rose. And maybe he'd have considered how fortunate he was to live in such a place - forged with his own hands and his own  ingenuity - self-reliant, proud in the summer sunshine as the grass grew thick and lush in the meadows and the cows lowed in the barn waiting to be milked. 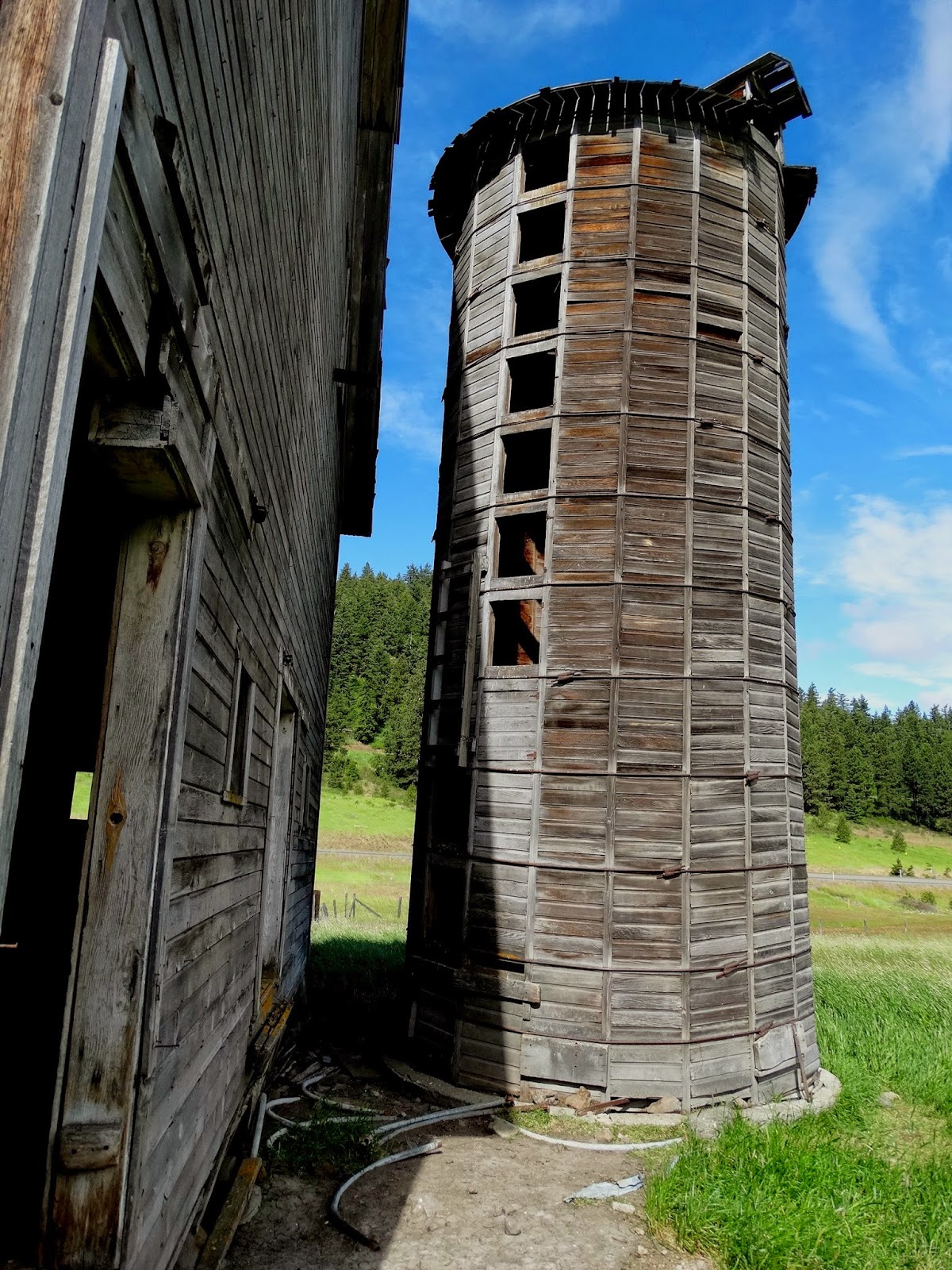