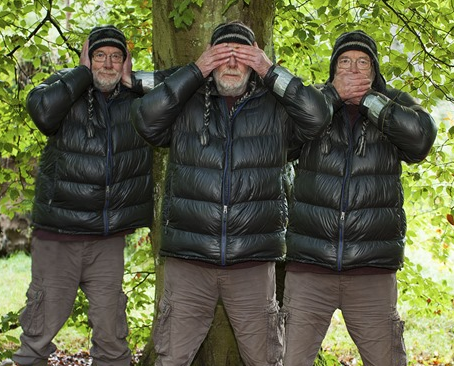 Adrian is safe and sound. He is the wily fellow who manages a blog called "Adrian's Images". One or two of us were getting worried about him because he hasn't blogged since August 15th and normally he posts something of interest every day or two..

However, it appears that the reason for his absence is mundane. Staying on a farm near Auchtermuchty in Fife, he had been reliant upon his hosts' broadband supplier in order to connect  to the worldwide web. This summer they changed providers and in the process Adrian has temporarily lost his connection. Thanks to Detective G. Edwards of Eagleton Notes Constabulary for unearthing this information. Fife police have now called off their manhunt, including the dive team who had been meticulously dredging The Firth of Tay.

A former skjpper aboard merchant ships, Adrian lives in a camper van with his two West Highland terriers - Molly and Alf. He is passionate about nature and photography. Many of his posts demonstrate these twin passions in which he has developed  a great deal of technical expertise. Though he is approaching the age of seventy, he maintains a refreshing inquisitiveness about the world around him.

I am confident that Adrian will be blogging again  before too long. There are many more mushrooms, flies, beetles and butterflies left  to capture with his various cameras and many more muddy puddles for Molly and Alf to splash through. If you have never visited Adrian's blog before, please go here and have a good root round.
- September 23, 2016