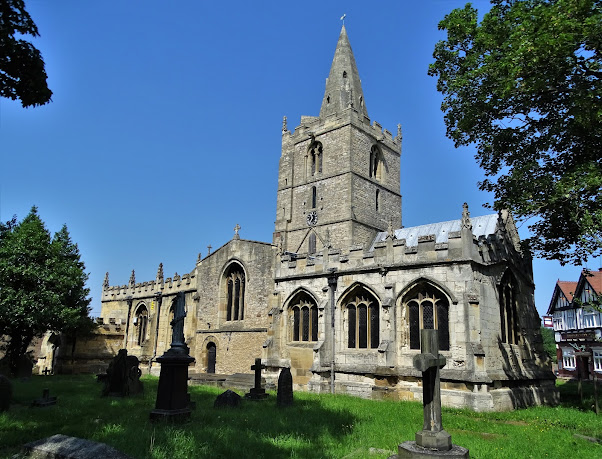 Scorchio! Over the last few days, the weather has been sweltering in The  Yorkshire Republic. To tell you the truth, walking good distances in this kind of weather can be quite challenging but as Noel Coward sang, "Mad dogs and Englishmen go out in the midday sun". I made sure I had my faded sunhat from Malta with me and a big flask of cold water.

Clint agreed to transport me to the village of Arksey, north of Doncaster. I had never been there before. It's in flat agricultural land criss-crossed by languid drains, sloth-like rivers and arrow straight railway tracks. This is not an area favoured by walkers so some of the public footpaths are rarely trodden. 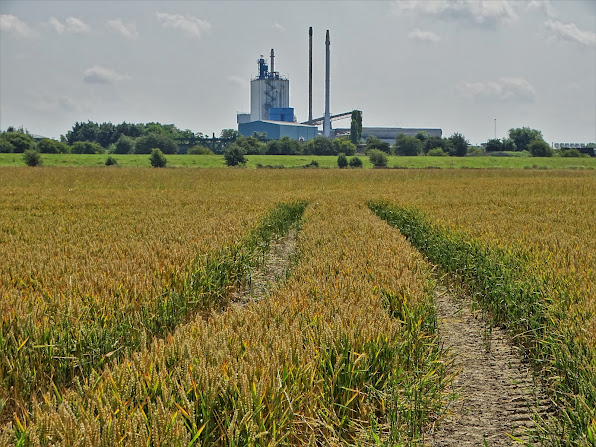 I came down a dusty lane to a path that hugs a currently dried up stream. It would have taken me in a big arc heading up to the former site of Thorpe Marsh power station. However, it was so overgrown with nettles and brambly briars that even Indiana Jones would have thought twice about it.  I retreated and found another way.

At home, the circular route I had planned seemed pretty straightforward  but reality on the ground can often be different and the retreat from the overgrown path was not the only issue I had to deal with. There was also a disused railway line to circumnavigate because of the jungle-like character it has now adopted. 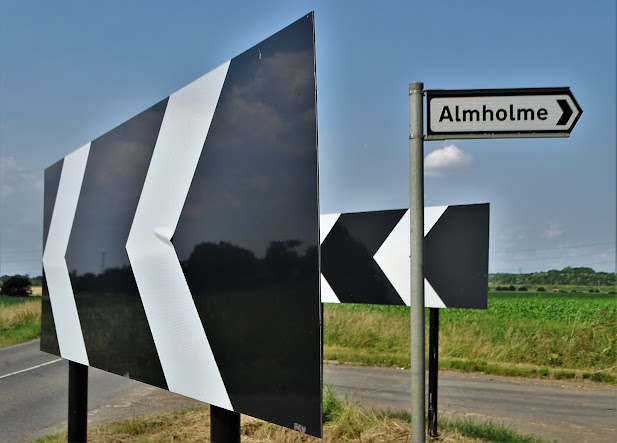 At one remote spot, a lone red-faced man had been using a small mechanical digger in relation to embankment repairs. He was heading back to his wagon as I approached it from the other direction. He almost jumped out of his skin when he spotted me but then we had a laugh about it. He's a man who is used to working outdoors but  the morning's heat had left him physically drained.

After three and a half hours, the circle was complete. Unfortunately, "The Plough" at Arksey did not open till 5pm so the pint of bitter shandy I had been daydreaming about evaporated into the thick July air. Before setting off, I had remembered to crack Clint's windows open ever so slightly so the cockpit temperature was acceptable as we headed home again. I was well and truly bushed but pleased to have had the workout in previously unexplored territory. 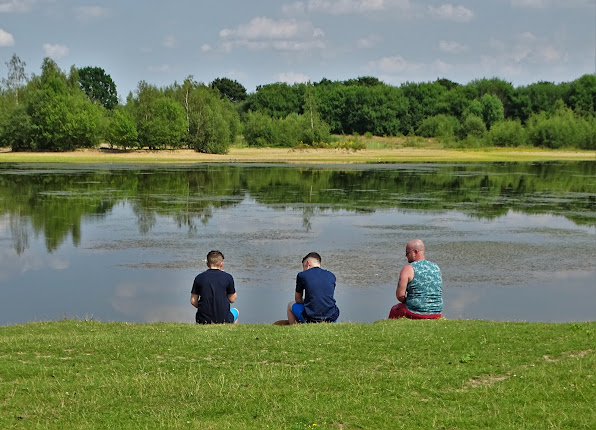