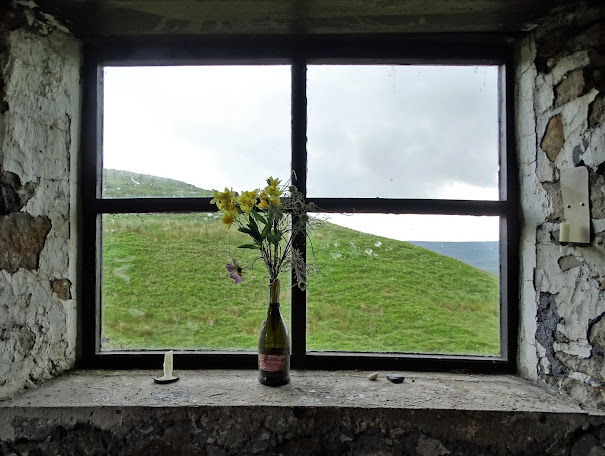 The window of Oyster Clough Cabin

Today's walk was on  moorland east of The Snake Pass, before the road turns up onto Snake Pass Summit. I had parked Clint by ten fifteen. Soon I was ready to climb the long steep path northwards out of Birchin Clough through a pine plantation.

Twenty minutes later I was up in the light again clasping a detailed map of the area and ready to complete a long circular route that did not involve any proscribed public footpaths until I met Doctor's Gate south of Cowms Rocks near the old sheepfold.

You have to watch every step when walking in such terrain. Moorland vegetation can hide deep holes filled with water and there's squelchy peat and bogland to negotiate. I plod along slowly and carefully because one thing is for sure - if you have an  injurious accident out  there, there will be no good Samaritans passing by. You are as skiing aficionados might say  - off piste. 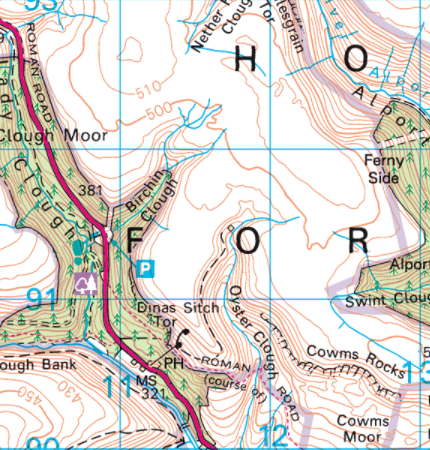 I circled the head of Birchin Clough and schlepped* over to the next major clough or valley - Oyster Clough. Previously I had noted that there's a shooting cabin near the top of Oyster Clough. I have visited  a good number of such cabins and they are normally locked up securely but this was unlocked so I went inside.

There was no evidence of grouse shooters using it but the roof and walls were well-maintained. It was very basic and there were log books dating back to 2017. I flicked through them, surprised by how many visitors there had been before me. Naturally, I left my own entry before enjoying a brief sit-down with my flask of water and three shortbread biscuits. The log books revealed that a number of visitors have slept in the cabin or sheltered from wild weather there. 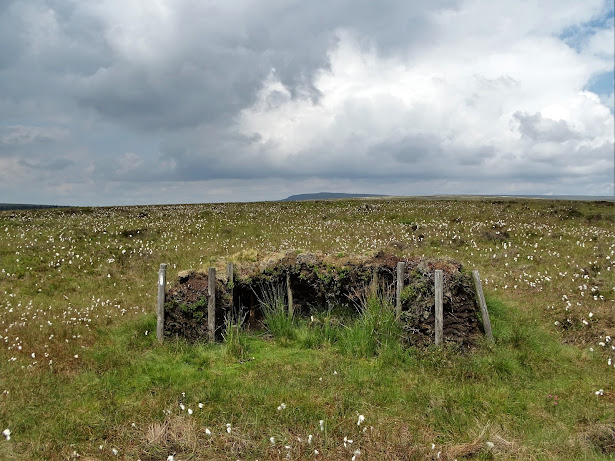 I had forgotten to bring my compass but had little trouble finding my way to Cowms Rocks before descending to the old Roman track that is, as I said earlier,  known for some strange reason as Doctor's Gate. Nearly two thousand years ago Roman soldiers walked that way linking Ardotalia Roman fort near Glossop with Navio fortress at Brough in The Hope Valley.

The walk took me longer than anticipated - just over four hours . Clint admitted that he had scared off a sleek black Audi A5 who had pulled up next to him. "She said there was no way she would go out with a Hyundai i20!" he grumbled but then with a glint in his eye added, "You should have seen her bodywork!"

East of those lost hills, Sheffield was calling. 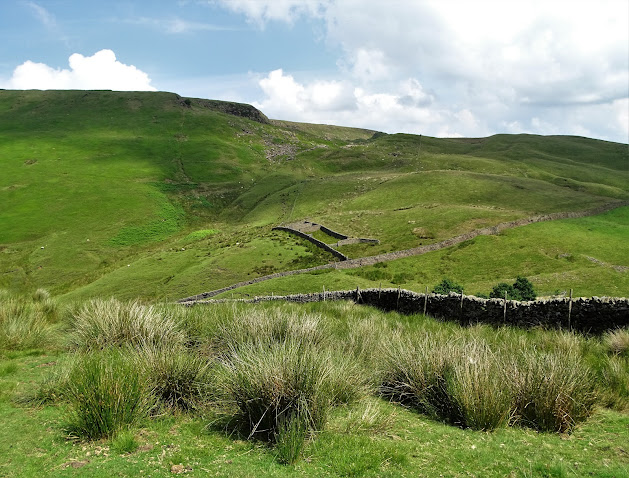 View to the old sheepfold near Cowms Rocks
* thanks to Steve Reed for this word
- July 08, 2021