For those who do not dwell on this sceptred isle, I feel I should explain this blogpost before I write it. Throughout the pandemic Britain's Health Secretary has been a cod-faced fellow called Matthew Hancock or "Matt" as he prefers to be addressed. His reign, like his marriage, came to a shuddering halt after he was photographed in a steamy clench with his political aide - Gina Coladangelo.
Then a former Home Secretary and Chancellor of the Exchequer - Sajid Javid was asked to take over Hancock's role. He has been in the job for less than two weeks now.
Hancock always said he was "following the Science" as the pandemic progressed but Sajid Javid is following something else - perhaps the Economy or possibly his own unscientific instincts. "The Science" has now been side-lined and asked to shut up as Britain approaches "Freedom Day" on July 19th. What ever happened to caution?

A Tale of Two Health Secretaries 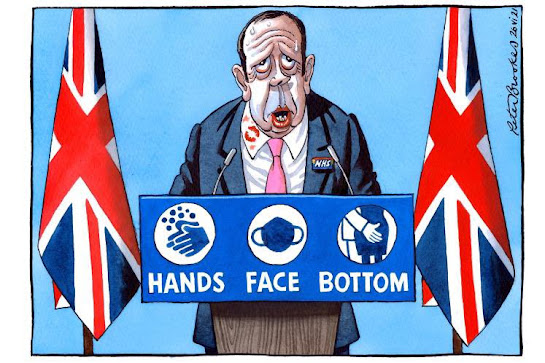 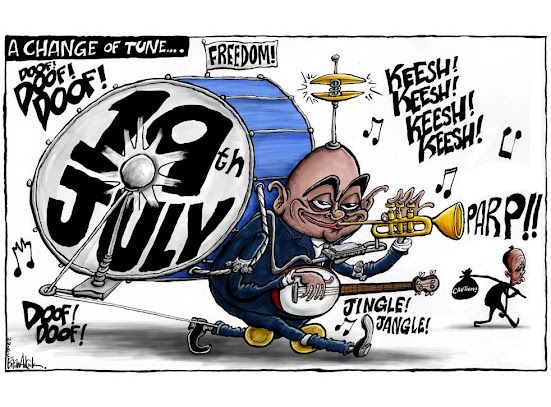