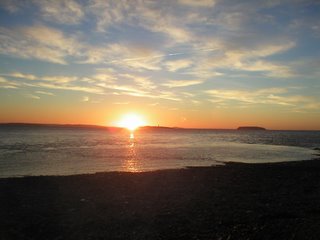 It's closing in. Already we have passed the winter solstice. Last night, at midnight, I bought a frozen turkey at the 24hr "Tesco". It's thawing in the workshop I dug out under the ground floor of our house. Wherever you go people wish you a happy Christmas and shake your hand or smile. Tonight at "The Banner" public house there was an extension till eleven thirty so I downed two more pints of beer than I had been expecting and chatted with Craig's new love - a lady from Budapest, Hungary.
I swear this world is getting smaller - shrivelling up like a Christmas orange in February. It used to be that travel was exceptional - now it is so passé. When I was a child in my rural primary school, I was the only and I mean only kid who had ever been out of England. Nowadays, you ask a carpenter where he went for his honeymoon and he says Brazil, Mexico, Mauritius or Hawaii. Back then a pub would go quiet as you related tales of the far Pacific of Grecian Isles - now it's like - so what? - ever been to Antarctica - ever lived with a hilltribe in Borneo - ever met six-fingered hillbillies in Pennsylvania - ever witnessed the Northern Lights in the far north of Norway?
I worry about the diversity of this planet. Once we were all pretty different. Travelling was about genuine discovery. Last June I was in the Czech Republic - Brno to be precise - and as I looked down into the valley beyond the railway station there I saw the unmistakable red neon sign of another "Tesco" invasion. Hey! Thanks for letting us in to the lovely Czech Republic, now give us your money and let us suck the lifeblood out of budding local businesses. Call-centres take us to distant Indian cities and starving Ethiopians dress in Manchester United or New York Yankees shirts. 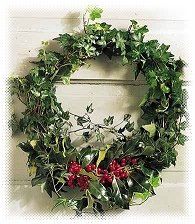 Christmas. But no Christ and no mass. Just the passing of another year and the solstice marking the start of a new year. What will happen in these next twelve months? Who knows? Tsunamis, earthquakes, terrorist outrages, great films, sporting successes, The World Cup in Germany, personal ups and downs. Who knows? To be alive that's the real bonus - with health, no worries about where the next meal is coming from, the prospect of reaching out to touch your dreams.
- December 23, 2005