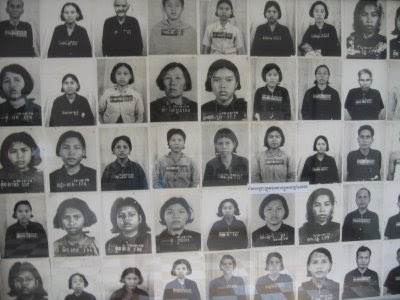 How many Cambodian citizens died between 1975 and 1979? We will probably never know. They died because of the warped, ill-considered and soulless philosophy of the eerie Khmer Rouge that emerged in the country because of a power vacuum, dire poverty and the proximity of both Maoist China and the wreckage that was Vietnam with its own "killing fields" - courtesy of the USA.
To the west of this poor little county, sandwiched between Thailand and Vietnam is the massive Angkor Wat temple complex, mainly built during the twelfth century and at first inspired by Hinduism. Satellite temples are located many miles distant from the central buildings. Some of these structures were once forgotten, consumed by tropical jungle.
This is where I have chosen to go in my last full week in South East Asia. The flights are booked and so are the hotels. It will be another adventure which of course I hope to survive even though there are some dangers in Cambodia - aggressive beggars, unexploded land mines, a corrupt and largely ineffective police force, a whole range of rip-off merchants, thieves and touts. But I cling firmly to the belief that wherever you go in the world, the vast majority of people are essentially good.
This afternoon the international school had its Awards Ceremony in the nearby Sofitel ballroom. It was packed. Perhaps six hundred seats were taken. Pupils, parents and staff. The headteacher and his deputy wore absurd academic gowns. I wore the stylish blue linen mix jacket that was tailored for me by "Boss" at Sukhumvit - probably Bangkok's trendiest street. You will be happy to know that I looked very smart and had even remembered to zip up my flyhole!
The buffet nosh afterwards was wonderful. So many man and woman hours must have gone into the creation of top quality tiny savouries and desserts. It all looked amazing and there was plenty to go round. I kept sidling over to try this and that - very casually as if I wasn't interested in buffet food at all. Is it possible to stuff a Yorkshire pudding to bursting point at a finger buffet? That seemed to be the experiment I was conducting.
Only a day and a half to go. In some ways, I don't want my time at that lovely school to end. It has been the perfect antidote to the "shit sandwich" effect that I endured in my last two or three years as a Head of English in Sheffield, Yorkshire. How sad then, that some of my temporary colleagues in Bangkok waste much energy on back-biting, gossip and letting off of steam. They'd be better off smiling - here in the "land of smiles" and just getting on with the job. They are so fortunate. 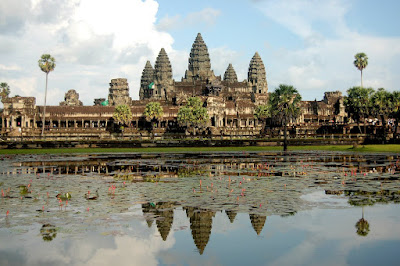