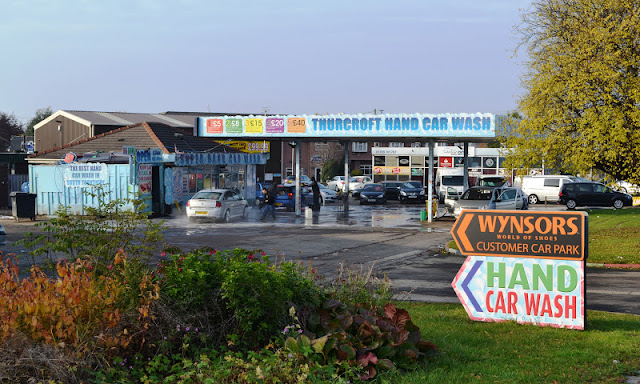 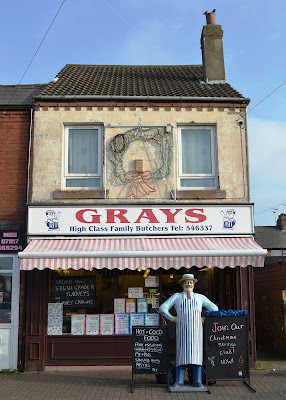 For everything there has to be a first and I guess that this must be the first time that anybody anywhere has ever blogged about a former pit village in South Yorkshire called Thurcroft. It's like the land that time forgot. It isn't very well signposted and to the north and west it is bordered by motorways. Winding lanes are its main links with the outside world. Sheffield is only five miles away but I don't know anybody else in my neighbourhood who has ever been to Thurcroft.
It has a population of just over 5,000 simply because once the village was dominated by the local coalmine and its associated charcoal coloured slagheaps. No duck ponds here or oak-timbered pubs, no horsey girls exercising their ponies, no grouse shooters or Range Rovers. This is a different world, a world of work but without the work. When the pit finally closed in 1991, it was as if the village had suffered a debilitating stroke from which it has never really recovered. 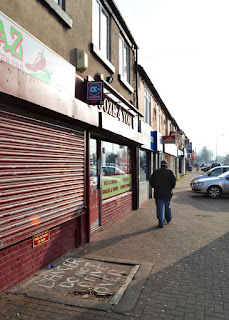 There's a kebab shop on Green Arbour Road, a fish and chip shop, three or four hairdressers, "Thurcroft Mini-Mart" and "Booze 4 You", "Di's Diner", "C.J's Frozen Foods" as well as the "Thurcroft Miners Welfare Club" where pints of bitter cost £1.55 and lager is £2.19. It's a place where people really know what hard times mean. You can see it in their eyes.

Not long after parking my car near the Miners Welfare I needed a lavatory and so brazenly stepped into a  functional red brick establishment called "Top Club". I noticed a sign on the door - "If you were barred by previous management you are still barred!" and in the Gents there was another notice that said "Anyone found taking drugs in here will be barred for life!" How charming! This was clearly not the sort of social venue frequented by Messrs Cameron and Clegg, BBC executives or Premiership footballers. They inhabit a very different kind of England the sort of England that Thurcroft people only see on TV. To them it might as well be California. 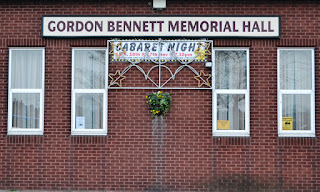 I marched past the huge colliery site which Nature is trying desperately to retrieve. When I first started teaching in South Yorkshire I frequently used to ride a slow bus back to Sheffield past Thurcroft Colliery from an equally godforsaken pit village called Dinnington. But in those days each of the pits were in full production and families had both money and pride. Now it's as if everybody's favourite grandma has just died. 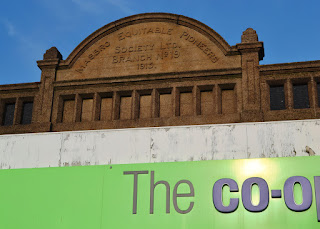 Thurcroft's primary school is now called "Thurcroft Junior Academy" and is run by an "educational trust". Trust? I wouldn't trust them as far as I could throw them. They have even put the poor children in blazers with old gold edging. What the hell for? This is Thurcroft - not leafy Surrey or Oxfordshire. Why does anybody imagine that forcing kids to wear traditional uniforms will somehow encourage greater educational success? Next to the school is the Gordon Bennett Memorial Hall which seems a very appropriate name. Junior Academy? A pit village without a pit? Gordon Bennett!

If you would like to see more of this unsung and forgotten place, why not cruise round it courtesy of Google Streetview?  There are many different versions of England and not all of them belong on biscuit tin lids. Like other hardworking South Yorkshire pit villages, Thurcroft gave its very lifeblood to this country and for that it deserves enormous respect.