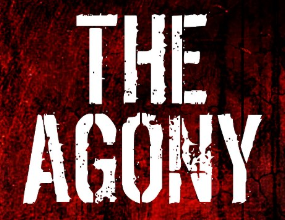 Some of you out there in the murky shadows of The Blogosphere may recall that in July of  this year I created a four part story called "Stanedge Lodge". It was inspired by a remote shooting lodge that sits on the moors west of Sheffield.

When recently I heard about a local short story competition, I immediately went back to that story, wondering  if I might be able to adapt it somehow, turning it into my competition entry. The word limit for the competition is just 1000 words which constitutes a particular challenge. The original blogged story was much longer than that.

Essentially, I have stuck to the same core idea - about a shellshocked presence screaming from the upper floor. I have made three versions for the competition and I want to share with you my three alternative openings. Please read them and decide which one you prefer. This will be of help to me as I decide which version to submit. Thank you in anticipation of your intelligent support.
__________________________________________________
Version 1
Have you ever wandered up to Stanage Pole?   It commands a lofty position by an ancient moorland track west of this city. Once Romans walked that way, then pilgrims, drovers with their meandering animals and hardy jaggers  –  traversing the lonely hills that still cut northern England in two.

When you reach it, it’s good to sit there for a while. Listen to grouse cackling in the heather, feel wind in your hair, watch meadow pipits dancing. Pause there for long enough and you will notice a dark stone edifice to the north, protected by a crescent of trees. It is Stanedge Lodge – the highest and most remote building in all of Hallamshire.

Though always visible - surrounded by a rolling sea of moorland vegetation, few Sheffielders have ever visited Stanedge Lodge. It was rebuilt in the Edwardian period to accommodate grouse shooting parties.  Tweed and hot toddies by a roaring log fire with tales of birds that got away.

Version 2
Cavendish agreed wholeheartedly with the proposal as did Hunter. But Colonel Barker was instinctively opposed to it. It was the summer of 1918.

All in their sixties, these three pillars of the community were the mainstays of Redmires Shooting Club. Wearing  earthy tweeds, they sported grey moustaches and disapproving expressions.

During the season, their club met every weekend at lonesome Stanedge Lodge. In daylight the cackling grouse were plentiful and at night the carousing was memorable.

The proposal – which  had arrived directly from The War Office – was that Stanedge Lodge should become a temporary sanatorium for members of the officer class afflicted with severe combat stress. Stalwart young fellows, shaken to the core by the horrors of modern warfare. Some had become quivering, incontinent wrecks who  now existed in  a beleaguered netherworld.

Version 3
Where meadow pipits prance and winter winds ruffle the moortop,  that is where you will find Stanedge Lodge. Dark and foreboding, sheltered by a crescent of cedars -  just to the north of  Stanage Pole.

It is  Sheffield’s highest and loneliest building.

A secret  retreat for shooters. In  their other lives they were steel magnates, solicitors, surgeons. Dressed in earthy tweeds, they downed hot toddies by a roaring log fire and romanced, guffawing into the early hours about  killing game and current affairs.

Then The Great War arrived. Practice trenches were dug  a mile away at Redmires. Laughing boys played at soldiers, unafraid of what lay ahead. They didn’t know. Then they departed and more arrived for  instruction – marching up Manchester Road singing “It’s a Long Way to Tipperary” in a haze of Woodbine smoke. They didn’t know.
- September 26, 2019