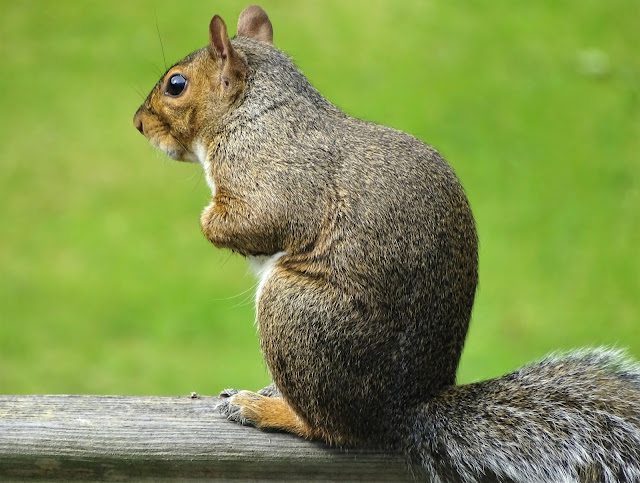 American grey squirrels were first brought to The British Isles in the 1870's. It was thought that they would make an interesting addition to the wildlife found on some of our great country estates. What a dumb idea that was! These grey squirrels have now spread throughout the kingdom taking over territory that was once the preserve of our native red squirrels.

It is estimated that there are now around three million grey squirrels in the British Isles while the  population of our smaller, shyer red squirrel has shrunk to around 160,000. What were our forebears thinking about - meddling with Nature? They did similar dumb things in Australia, New Zealand and North America too.

Anyway, our suburban garden has been largely free of grey squirrels for the past thirty years. There have been  one or two intermittent sightings but the creatures have not been a bother. However, recently we seem to be seeing one particular grey squirrel quite frequently. 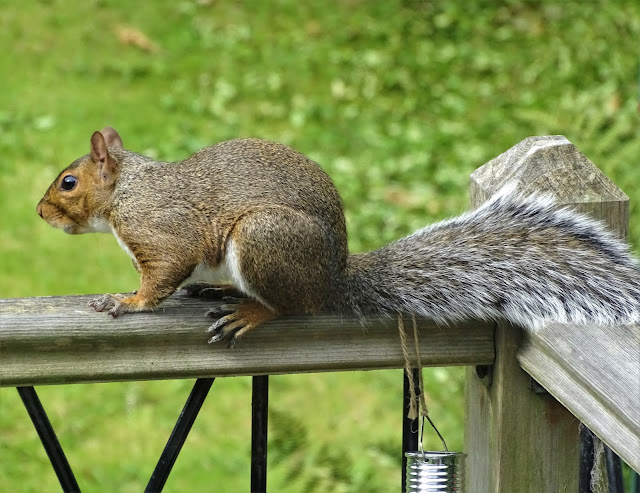 He is called Steve - Steve the Squirrel - and he is both daring and inquisitive. He darts about with his bushy tail following him and sometimes he can be seen stealing bird food from our feeding stations.

Yesterday I was making my meagre lunch with a mug of coffee when I spotted something moving on the wooden railing of our lower decking. It was Steve and his beady black eyes seemed to be looking my way.

Nonetheless, I slunk off to grab my camera and managed to snap several pictures of the little fellow before he skipped away. The photographs were taken through glass as I knew that if I opened our back door, Steve would be off like **** from a shovel.

If I had a squirrel trap I would gladly capture Steve and then transport him to some distant location - out in the countryside or under the trees in our local park where he would no doubt make friends and frolic with some of the urban squirrels who live down there - Sammy, Simon, Sidney, Susan, Sigourney and Shirley. A more cruel blogger than I might happily skin Steve and turn him into a furry muff for wintertime. 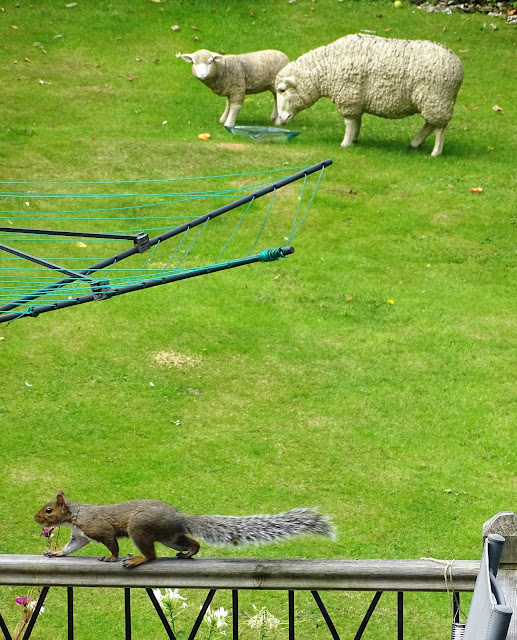