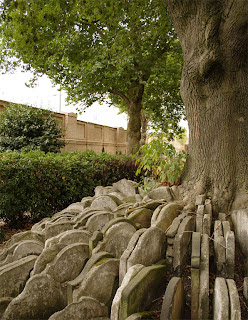 Crystal Palace and then on to see a West End show - "Les Miserables" before a cheap and cheerful Chinese meal on Gerrard Street and then back to our nice little hotel in Pimlico. There are so many ways to look at London. So many different things to see. And it is great to get overground and walk instead of riding the exorbitant Tube system - £4 fora single journey. This morning we also visited Camden Market which our son always raves about but it didn't have quite the same impact on us. Clothing and fashion disinterest me. I would be happy running around in animal skins like a caveman!
- October 07, 2007