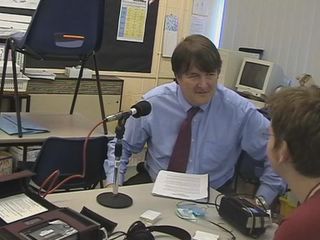 Why should I let the toad work
Squat on my life?
Can't I use my wit as a pitchfork
And drive the brute off? - Philip Larkin "Toads" Went down the pub for the quiz. I knew that The Great Train Robbery was in 1963 and last week with a flash of inspiration I suggested that St Columba was the first to see...the Loch Ness Monster! Trouble was the woman filling in the sheet ignored both of these ideas, preferring to leave blanks instead. It's like a social square dance - you don't want to pump up the ego of someone boldly offering answers. And afterwards there's no apology - "Oh I'm sorry! What a plonker I was not to write down your suggestion!" That's how it goes. In the past I might have got aereated... now I just sit with my jaw drooping in disbelief. Talk about Yorkshire puddings! But then again she's from Lancashire and we all know what they're like on that side of the Pennines!
- June 29, 2005 No comments: 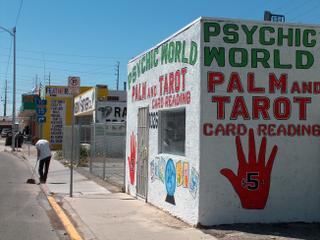 By “Psychic World”
Between Downtown and The Strip
That psychic swept his sidewalk
Under a royal blue sky
While a mile away
In audacious, marbled and illumined gambling halls
Hidden in the bellies of monstrous hotel walls
High rollers and fools sought satisfaction
In the lurid exchange of greenbacks.

He stopped for a moment
To light a Camel
Watching the traffic haemorrhaging
From Interstate 15
Wishing he could predict
When the desert would turn green
And if the spirit of Elvis
Might still be seen
Or felt
Somewhere between
The Sahara
And the light bulb extravaganza at Circus Circus
And as he swept, he hummed “Viva…Viva Las Vegas”
Alex Leon Koplensky – formerly of Dayton Ohio
Lost briefly in his own
Psychic world…
Sweeping sand in a desert. Well I got me Yorkshire pudding in after all! Just like the ones mum used to make on Sundays. We'd each have a slice before the main Sunday dinner and the thing about our puddings is that they were 100% Yorkshire. They were so big you could fill em with gravy and allow a manatee to swim in em! The keys to good Yorkshire puddings are (a) A really hot oven (b) smoking melted lard (c) a moderately thick mixture stirred to absolute smoothness and (d) must be made in Yorkshire. I had a so-called Yorkshire pudding in London once and it was like a Londoner - limp, tasteless, gravy soaking through it and all puffed up at the edges!
- June 25, 2005 1 comment: Just couldn't sleep. Shouldn't have stayed up watching those housemates in "Big Brother" behaving like low lifes at a youth club. One bit that made me guffaw this week is when Craig protested that there were such creatures as manatees in the swamps and coastal waters of Florida but no one else believed him. They thought he was having them all on! I despair. Come on Craig!

I'd have liked to paste in a photo of an actual Yorkshire pudding fresh from the oven but I haven't quite worked out how you do this. There's the technology here in front of me but I can't do it. Perhaps this is my manatee - technophiles could already be guffawing at my incompetence but I'd rather know what a manatee is!
Days Later: As you can see, I cracked the secret picture insertion code after all, so anyone can do it!
- June 25, 2005 1 comment: 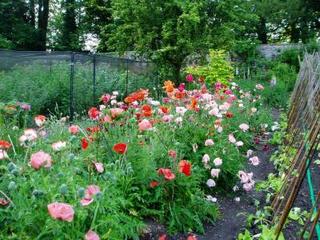 So this is England in mid-summer. Lovely warm weather and you know what, they're all bloody well complaining! "Oooo it's too hot!" "Open a window!" "Oh I feel faint!" Whingeing whining wimps! I just love to barbecue, walk out in shorts, sweat, wear flip flops. If only all of our summers had long hot spells like this! Leather on willow. Swallows performing acrobatics in the evening sky. A glass of ice cold light white wine with condensation running down the side. "Oh! It's too hot! I couldn't live in a foreign country if it's like this!" As my old mate Trog used to say - Knickers! Knockers! Knackers!
- June 23, 2005 1 comment: