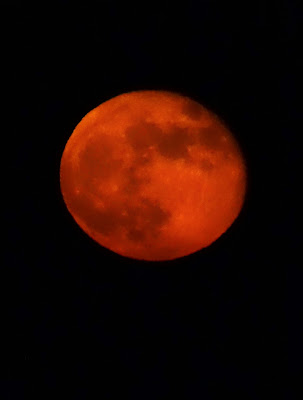 Last night, we lay down on sunbeds and watched Mrs Moon rise like a tangerine  over The Aegean Sea. To capture the beauty of the scene faithfully I am afraid that I would need to be in possession of a much better camera. How lovely the familiar orb appeared reflected in the water's  ripples. We don't often see the moment the moon pokes its head above the eastern horizon so tonight we waited for her a second time.

Earlier today we boarded a water "taxi" that chugged around the rocky headland on which Ancient Thira sits. We were deposited in the next bay in the village of Kamara. Here's Shirley by the highest village church:- 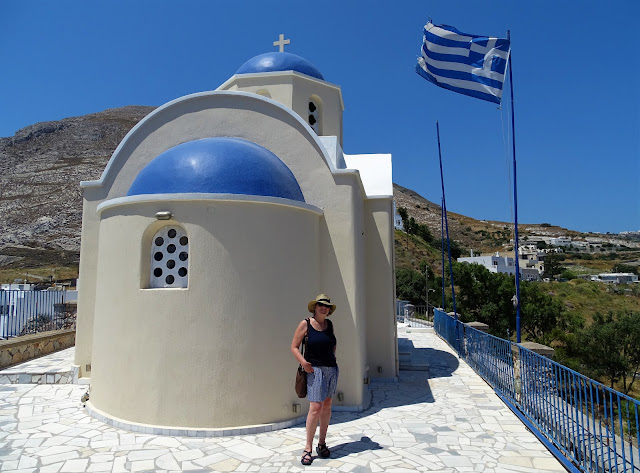 Three hours after arrival, it was time to go back. Near the beach I spotted an old lady picking leaves from stalks outside a beachfront taverna. She reminded me of the traditional Greece I knew before - of old men with donkeys and old widows in black. I asked a waitress if she could get me permission to take a few pictures of the happy old lady. She was most obliging.

After snapping the pictures I showed her them and she seemed delighted. She kissed my hand and I kissed hers. The leaves were wild caper leaves for use in traditional recipes. The waitress told me that the old lady was more than ninety years old and that when she was young she was considered to be very beautiful. I said that in my opinion she was still beautiful now. 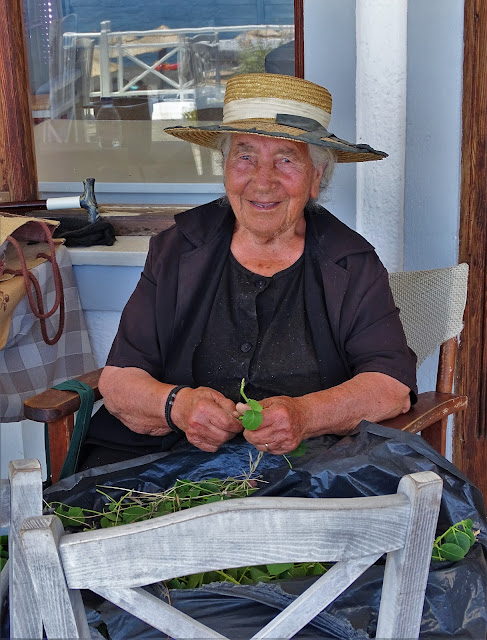