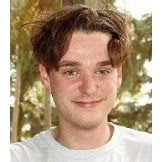 Simon Murden was 26 years old. He came from a good family and grew up in Beverley, East Yorkshire where I went to school. It seems that he had had coping problems, sometimes got depressed and sometimes dabbled in drugs including cannabis - which may well have affected his general psychological wellbeing. Simon was white, middle class and from Yorkshire - not London - and maybe these are the reasons most of you out there will never have heard of him or the way in which armed police shot him dead on the night of March 22nd 2005 following a road traffic accident on the A63 just west of Hull.

Today his mother, Dorothy Murden spoke at the inquest into her son's death which is currently being staged in Hull. Tragically on the weekend of Simon's death, Dorothy was in South Wales scattering her parents' ashes on the beach at Tenby. It was where they had walked as lovers between the wars. Before travelling to South Wales, Simon had hugged her and her last words to this vulnerable son were "I love you". She has one surviving son called Jonathan.
Dorothy said - "It was while the train pulled into the station at Carmarthen, Jonathan rang me to tell me Simon had been shot. I could not believe it, that my lovely boy, so innocent and gentle, could have had that happen. I sat in the most dreadful numbness with all the people around me talking and getting on with their lives."
It appears that after the accident, Simon walked along the edge of the dual carriageway holding a ceremonial sword he had stupidly brought from home. He didn't threaten anyone with it but a passing member of the public phoned Humberside police to say they had seen a pedestrian walking along the road with a weapon - possibly a sub-machine gun or rifle. An armed response unit was activated and soon after Simon was shot dead in cold blood - probably by an over-eager, trigger happy cop.
It is such a tragedy. Simon seemed to be turning the corner in his troubled life and was campaigning to raise money for relief work in Africa... but bang, bang they shot him down. Rest in peace Simon Murden and may your family learn to look forward to happier days when they can, however briefly, sometimes forget the horror of your untimely and unlawful killing at the hands of people who are there to protect the public - not to assassinate us.
- February 20, 2008