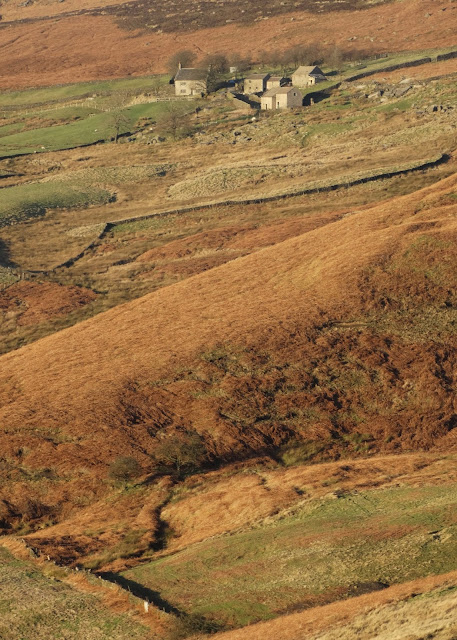 Sunday afternoon - ten minutes out of Sheffield by car. Though you can't see it in this particular photograph, Overstones Farm sits beneath a millstone escarpment known as Stanage Edge. It is one of Britain's foremost training grounds for rock climbers. In this picture, my aim was partly to show the texture and winter colours of the rough moorland in the foreground. That is known as Callow Bank.

It was a great afternoon for walking. I was out for almost four hours and saw many other wondrous sights in the sharp winter light. And though the day was short, I noticed that the bright afternoon stretched a little further than it would have done just a week ago. The northern hemisphere is beginning its long climb back to mid-summertime and in months to come Overstones Farm will once again look down upon a lush green landscape.
- December 30, 2013