New Jersey is where Bruce Springsteen comes from but Old Jersey is where new potatoes, Jersey cream and tomatoes come from. This sweet little island sits fourteen miles off the French coast. It is nine miles wide and five miles north to south and yet, like ma 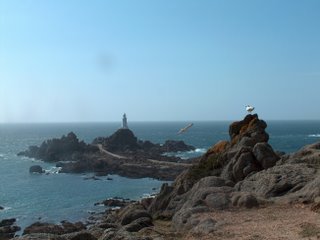 ny islands, it feels like a world in itself. There's so much variety there. The north coast is rugged with beautiful little coves like the one at Rozel Bay. The south coast is more languid - St Brelade's sandy bay reaches for miles when the tide is out. My photograph shows the south west headland - Corbiere with its lighthouse and that damned gull sitting on the rock refusing to co-operate with my artistic directions.
Jersey's road names seem to be all in French - for example our country hotel was on the Rue d'Ebenezer in the "state" or parish of Trinity. Nevertheless, Jersey's historical bond with England remains strong. This is where UK millionaires bank their dosh to avoid taxation and the island boasts many luxurious homes that would not look out of place in Beverly Hills.
Recently, immigrant workers have flooded in. We saw Poles and Latvians picking new potatoes on precarious slopes - amazing really when up here in the north of England we are only just planting our tubers ready for harvesting in July or August. 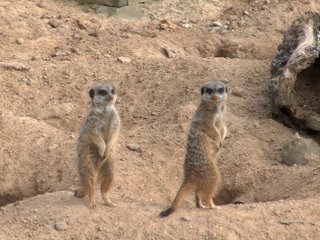 We visited the Jersey War Tunnels that Hitler "commissioned" during World War II when the island was occupied. This was meant to become an underground hospital - safe from attack but the war ended before the place was finished. Of course they used prisoners of war as excavators . We also visited Jersey Zoo with its gorillas, orang-utans, fruit bats, meerkats, lemurs, poisonous frogs and flamingoes.
I bought Stephen King's "Cell" at the airport. I'm halfway through it now. Cellphone (mobile phone) users are turned into "phone crazies" by subliminal phone messages and the veneer of civilisation is quickly stripped away. It's great to rest and to bury your head in a book without the usual distractions and tiredness that work seems to generate. 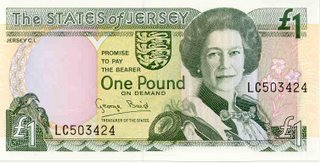