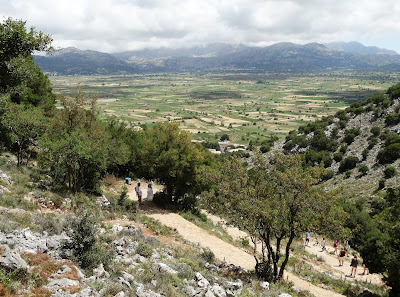 High in the eastern mountains of Crete there is a verdant plateau. You arrive there after a winding twenty mile climb from the sleepy town of Neapoli. Up through barren hills where the precipitous road threatens to plunge your car down into dry riverbeds far below. A place where mountain goats wear bells round their necks and feed on spiky bushes.

Then there’s a honey seller at the roadside. Grey-haired and eager to trade , she beckons you to pull in but you keep on going, up into the clouds and the cobalt blue sky. You imagine you are nearly there but you are not there until finally it appears spread out before you like a huge green quilt – The Lasithi Plateau. A secret world. 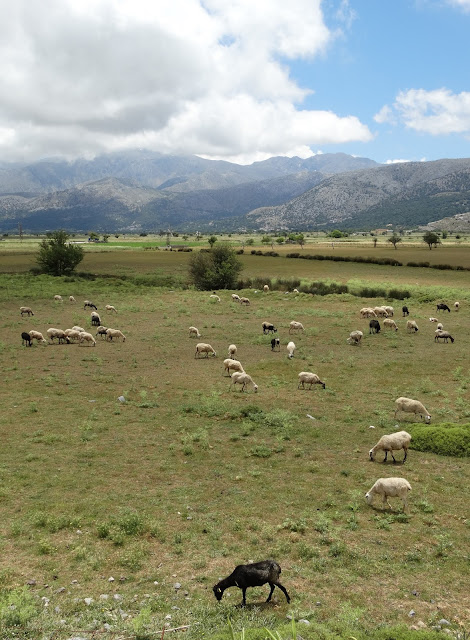 Around the fertile plateau are maybe eight discrete villages. For many centuries their very existence has depended upon the fields and groves they overlook. The arable land stretches for three or four miles, watered by mountain streams and underground reserves. Here antique tractors and battered Toyota pick up trucks are de rigeur though I guess that in previous times there was only the donkey to ease the human burden 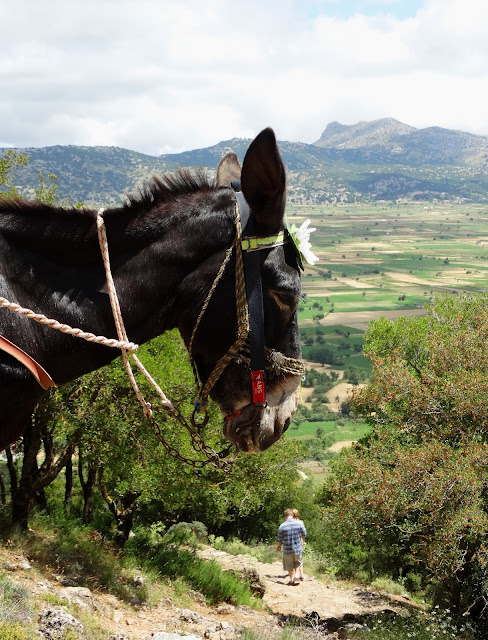 We headed for a village called Psycro and parked under an olive tree before climbing up a paved path to the Dikteon Cave where legend says that Zeus was born. We were not alone. There were plenty of Russians from tour buses. They are the new discoverers of Mediterranean lands with their pockets bulging with roubles and their manners left at home. Everywhere they go they snap pictures of themselves with different backdrops. I believe the men are all called Ivan – a terrible name. Some of the women paid ten euros to ride on donkeys to the top. One or two of these poor beasts shat themselves in protest. 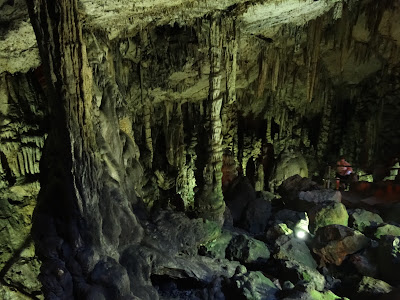 It cost four euros each to descend into the cave and in spite of the Russians we were not unhappy with the experience. I would have like to stay much longer on the Lasithi Plateau, perhaps walking in the heat up to the ancient Minoan site of Karfi but you can’t do everything in seven days – unless you are God – or maybe Zeus. But I was glad to have seen this secret plateau, high in the mountains, after which Crete’s most eastern province is named. 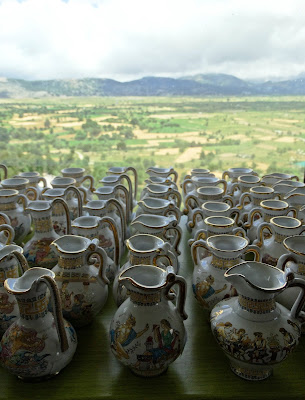 Home tomorrow evening... We have enjoyed our little trip to Crete. Probably more will be written later on. I bet you can’t wait!
- June 24, 2015