Yorkshire is England's Texas and though I know a lot about this green and pleasant county, I openly admit that I don't know everything. It's just so damned big. A Texan once boasted, "Our state is so vast that trains take two days to travel across it!" In reply, the Yorkshireman said, "Aye, we've got slow trains in Yorkshire too lad!" 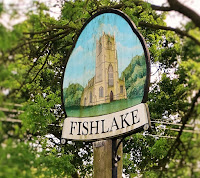 A week ago, I had never heard of the curiously named Yorkshire village of Fishlake. It is situated some six miles north of Doncaster in a flat landscape just west of the M18 motorway. I must have zoomed by it a thousand times, heading for The East Riding of this nation's  honeyed and milky jewel of a county. And I guess sometimes I must have spotted Fishlake's church tower, not knowing where it was as I travelled by at eighty miles per hour.

In 1086, when the Domesday Book was compiled, the village was referred to Fiscelac - a name derived from Old English. Essentially it meant "fish stream", referring to the abundance of fish that local residents could catch throughout the year but especially when the River Don flooded - something that happened very often in the absence of levees.

I drove into Fishlake in the early evening and mooched around before heading towards the old church. It is called St Cuthbert's and was built in Norman times. The south door is quite magnificent - probably the finest Romanesque church doorway in Yorkshire with stone carvings that are still impressive even after a thousand years of gradual erosion. The church is named after St Cuthbert because his bones once resided here long after his coffin was removed from the holy island of Lindisfarne during the time of Viking invasions. 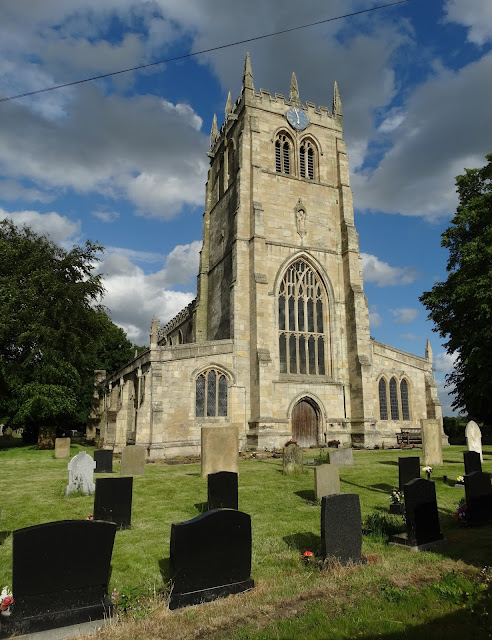 Many church doors are locked these days but I tried the door of St Cuthbert's and it creaked open. Inside I could hear singing from the vestry - a small choir practising. And they were singing:-


You'll remember me when the west wind moves
Upon the fields of barley
You'll forget the sun in his jealous sky
As we walk in fields of gold
Sunlight filtered into the old church and I noticed the very beautiful east window - restored in 2001. Very simple and elegant and designed to frame the trees in the churchyard beyond.


St Cuthbert's is a  peaceful and much loved stone building that speaks of generations of Fishlake villagers - of their hopes and dreams, their weddings, their christenings and their funerals and of the river beside it that made this forgotten place a bustling little inland port in medieval times. In those flatlands by The River Don where water, land and sky converge. 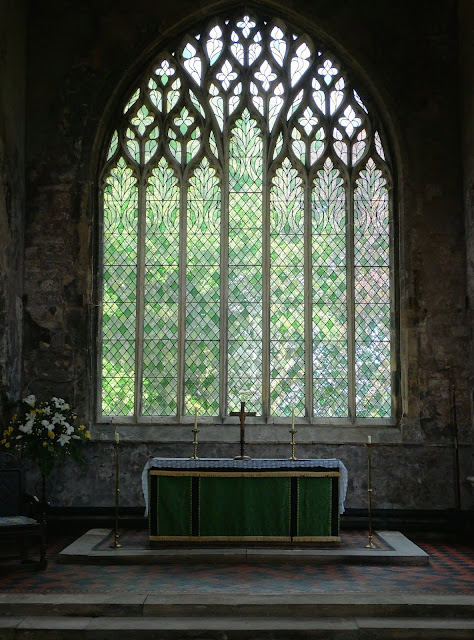 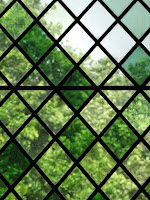 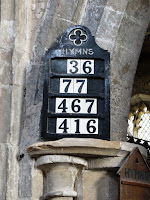 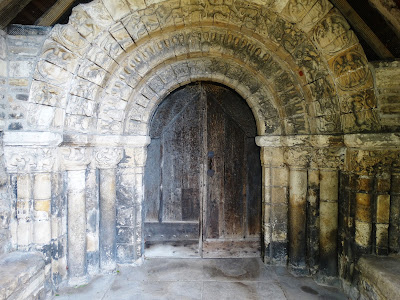