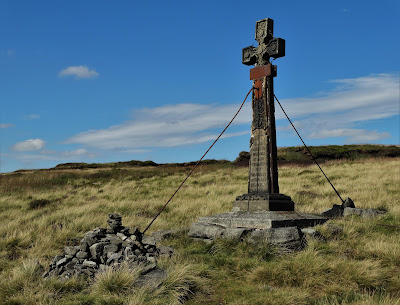 Forever tainted in the national consciousness, Saddleworth is an area of barren moorland between Holmfirth in Yorkshire and Diggle in Lancashire. It was here in the early nineteen sixties that notorious murderers Ian Brady and Myra Hindley brought at least five children under false pretences. Sadistic Brady slit their throats or strangled them and with Hindley's help buried them. 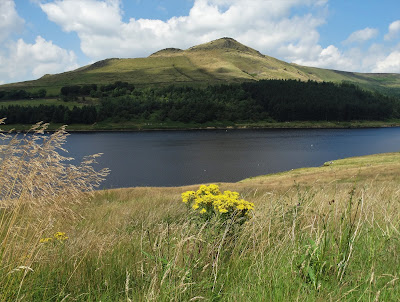 Hindley died in prison in 2002 but at the age of 78, Brady still hangs on to life at Ashworth Psychiatric Hospital near Liverpool. He has served more time than any other living British prisoner. If you want to read more about The Moors Murderers, go here. 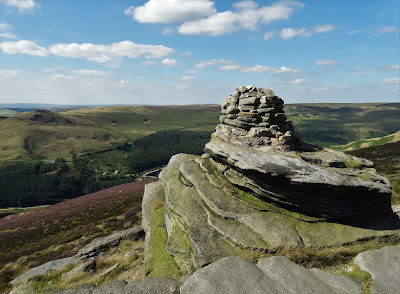 Phew! I am pleased to get that nasty stuff out of the way. It is a shame that such an awful shadow hangs over the area because Saddleworth is actually a wild and beautiful place - especially at its edges where it begins to mingle with human settlements and where various reservoirs were constructed a hundred years ago or more to serve the domestic and industrial needs of Manchester, Oldham, Bradford and Huddersfield. 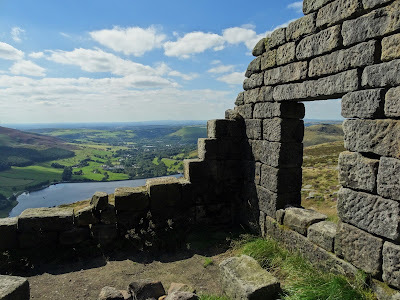 Yesterday, with the promise of good weather, I tootled up to Holmfirth and drove over Saddleworth Moor to Dove Stone Reservoir. There I parked and donned my boots before setting off on a rather glorious and strenuous walk in unfamiliar territory.  The five images I have included with this post provide you with a sense of what this latest walk was like. 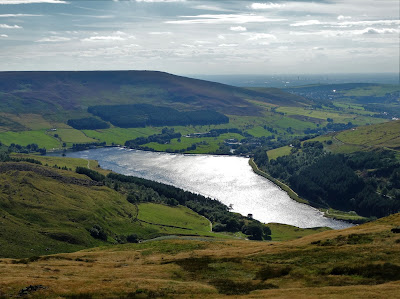 Afterwards, happily exhausted, I drove home via Stalybridge, Mottram and The Snake Pass. Crossing the threshold of our house just before seven o' clock, I was delighted to discover that Shirley had prepared a nice meal of new potatoes, quiche and salad. We ate it out on our decking in lovely evening sunshine.
- August 08, 2016