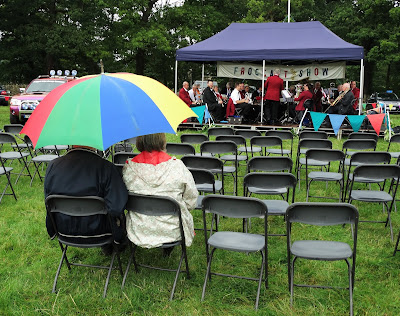 Should we go? Shouldn't we go?


Yesterday, the weather was a little grim UpNorth but around 1pm we thought - what the hell, let's live dangerously! We put our rain gear in the silver car (Clint) and headed out of the city. Past Dore Moor and Fox House, past Longshaw and Padley Gorge, through Grindleford village and on to Froggatt.

We drove down Stoke Lane and turned into a big riverside meadow. This was the location of the 71st Froggatt Annual Show. Stewards in fluorescent jerkins directed us to a parking place after we had paid the requisite entrance fee. of just £3 per person. Bargain!

Froggatt Show is modest in scale and quite traditional. There were vintage cars on display, a coconut shy, a parade ground for ponies, working antique engines, the Hathersage brass band playing on the bandstand and  various refreshment stalls. But the central attraction of the show was a huge marquee in which prize flowers, fruit and vegetables were displayed along with homemade wines, preserves and crafts etcetera.

It was delightful to wander around and admire the best efforts of villagers from Froggatt and slightly further afield. In a world where earthquakes shake Italian villages to the ground, where indiscriminate Russian planes bomb Syrian freedom fighters, where French police patrol beaches looking for overdressed Muslim women, it is nice to be reminded that  there are still  people making their own wine, tending their own vegetables, making intricate flower arrangements or knitting baby clothes.

Oh, for the simple life! And you know, the heavens didn't open at Froggatt. We were glad we went. 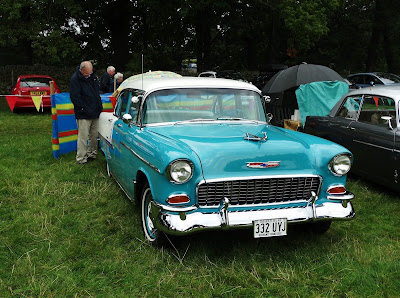 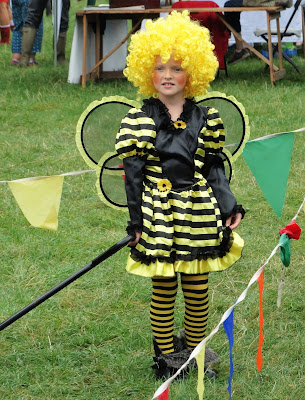 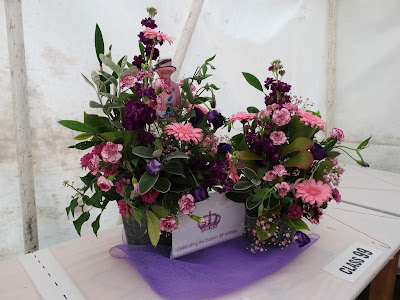 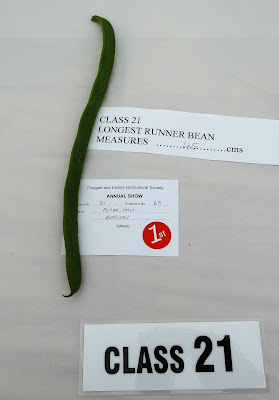