Fifty eight fibreglass elephants that have been around our city all summer are starting to leave. Below you can see "Hendophant" being covered in bubble wrap. He was situated close to the old Henderson's Relish factory and that's why his colours are orange and black. 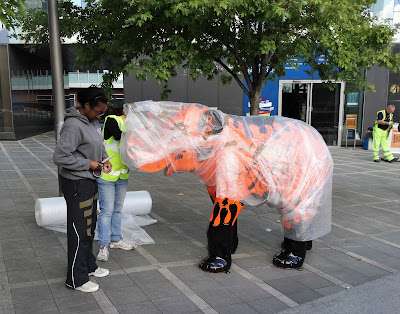 He was soon to be loaded on to this vehicle , ready for his journey to the elephant graveyard:- 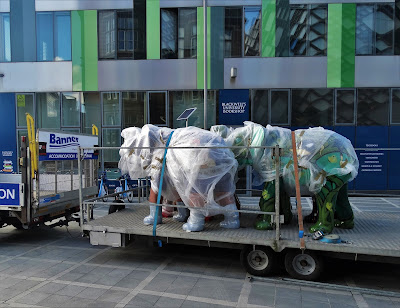 Half an hour beforehand, I had been in  Weston Park where I spotted three more of the elephants. Like Hendophant, they all belong to The Herd of Sheffield. I blogged about them earlier this summer. See this post. 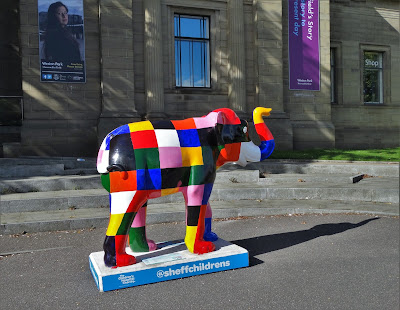 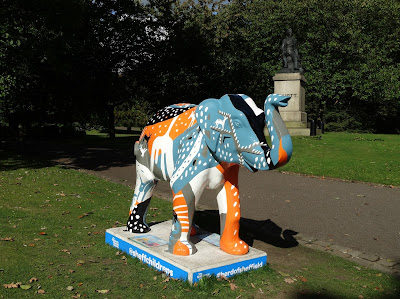 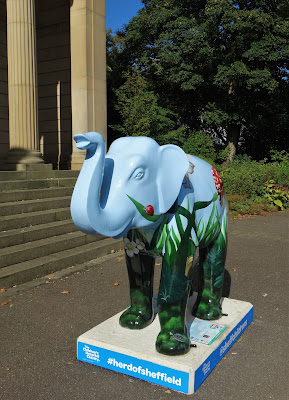 They are not really going to the elephant graveyard - I was lying about that. In fact, they are going to The Crucible Theatre where - on October 20th - they will be sold to the highest bidders in a charity auction. I wonder how much they will go for. We would like one in our garden to keep Beau and Peep company but I have a feeling their prices will be slightly beyond us. However, monetary donations and pledges from visiting bloggers and readers would probably help us to secure an elephant. How much will you give? All money raised will go to Sheffield Children's Hospital.
- October 04, 2016