For one reason or another, my first two strolls of 2017 have been within Sheffield's city limits. One day I plodded around the Hillsborough suburb and the next day I was downtown by the River Don, close to the site of this city's huge medieval castle. It is such a shame that almost nothing remains of this fortress - just some foundations that were hidden beneath market halls built in the early nineteen sixties.

Sheffield was built on steel and the production of steel products. That industrial growth depended on several locational factors, not least The River Don. It flows through the city where it is joined by smaller rivers including the River Sheaf which gives our city its name - Sheaf-feld, field by Sheaf, Sheffield. 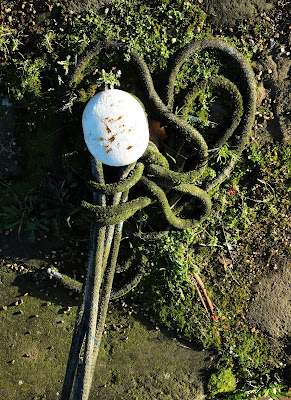 Before steel came along, The River Don was rich in salmon. They came up The Humber, into The Trent and then up the Don to its headwaters north of Stocksbridge. Even today there is  a section of The Don in Sheffield that is called Salmon Pastures. However, steel making was a very dirty process and during the industrial revolution The River Don became little more than a sewer or drainage channel for industrial waste.

With post-war decline in steel manufacturing and improved pollution controls, The Don is now a much cleaner river. Brown trout are back and industrial weirs are being attended to in the hope that salmon might one day return.
On March 12th 1864, Sheffield was devastated by a terrible flood caused by a dam burst at Low Bradfield. Flood waters surged down The Loxley Valley towards The Don. In that process many homes and businesses were destroyed and 293 Sheffielders were killed. Yesterday I spotted the flood monument erected in 2008 within a new riverside development. It is pathetic and an insult to those lost souls. This was the worst civilian tragedy in  Victorian England and yet its visible commemoration is utterly underwhelming. 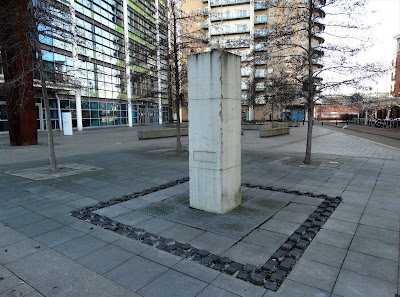 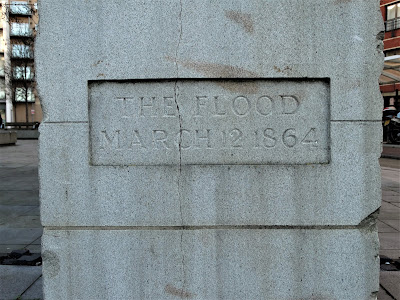