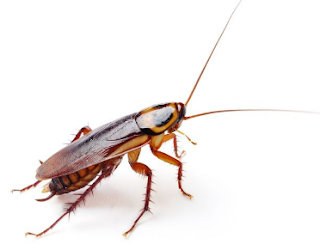 There's something that happens in school classrooms that is never commented upon in inspection reports or by academic observers. I am thinking about insects - mostly of the flying variety and about spiders too.

Especially in  warm weather - perhaps when a couple of classroom windows are open - insects will get inside the classroom and fly around. Such an event can cause disruption. Some daft youngsters may use such a happening as an excuse for silly over-reaction.

The teacher finds himself or herself charged with the responsibility of getting rid of said insect or spider in order to return to the lesson in progress. When I was a teacher here in South Yorkshire, I would often hear schoolchildren baying "Kill it sir!", "Squash it!", "Stand on it!".  They wanted that unfortunate creature dead in no uncertain terms and were generally puzzled when I gently captured them or wafted them out through an open window.

I never killed the insects, never swatted them, never squashed them. Once a red admiral butterfly found its way into my classroom and still the youngsters urged killing like medieval onlookers at a hanging. I cupped it in my hands and let it back outside. The disappointment in the room was almost palpable and this made me feel a bit like a hippy alien Jesus kind of guy.

Fast forward to one of my teaching spells in Bangkok, Thailand.

One afternoon, a small flying cockroach found its way into my classroom when I was teaching a class of fifteen year olds. There was a ripple of distraction but none of the children were urging a killing. Nobody wanted to squash the creature or stamp on it. The exact opposite was happening. They all wanted that cockroach out of the room so it could live.

I trapped it with a plastic beaker from the water cooler and slid a piece of card beneath. "Please don't kill it Mr Neil!" begged one of the boys and I assured him there was no chance of that. I carried it to the back window which one of the girls kindly opened for me and I released the cockroach into the tropical afternoon air outside.

The contrast between the two classroom attitudes was stark. My South Yorkshire charges bayed for killing and expected it too but my Buddhist students in Bangkok wanted the life of that little cockroach to be respected, nay cherished. And to me this felt very right indeed.

Of course I am not so naïve as to believe that there should be no killing of insects. Some of them can decimate food crops, others can spread disease and some can give you a nasty sting but surely we can still admire the lives they lead and view them as precious creatures. Earth was their planet ages before we came along.
- October 29, 2017