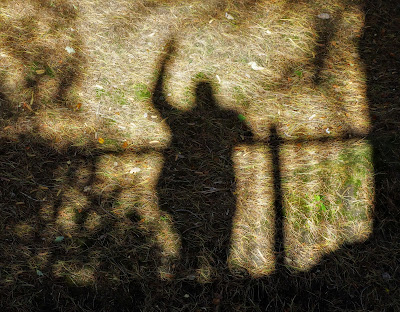 That's me on Sunday afternoon. I am waving to you. Are you waving back? It's nice to be friendly.

You may have already realised that that's not really me at all. It's just my shadow. I was at Whinfell Quarry Gardens. It's an old stone quarry that local people have transformed into a little green oasis. Fortunately, the chestnut fencing prevented me from tumbling to the quarry floor.

If I had fallen down, I wouldn't be typing this blogpost. I would either be in a hospital bed munching grapes or lying totally still in a wooden box with brass handles.

And now I will show you what I could see from my position:- 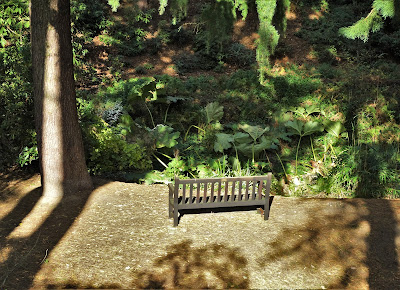 I was about to depart for my autumnal walk along the Limb Valley when two young men appeared. They descended into the pond area and appeared to be on some sort of mission, They didn't notice me watching them from above as they furtively scrabbled about in the greenery.

Were they burying treasure or stolen goods? Were they ardent botanists? Perhaps they were checking out film locations? It was all rather suspicious. 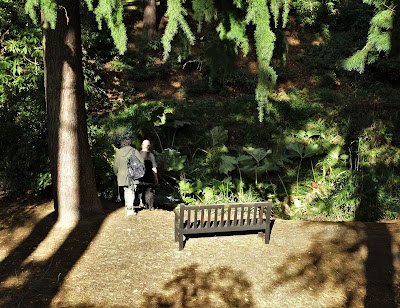 Anyway, it was time to go. I insisted that my shadow should come along too. As usual he complained but reluctantly followed me along The Limb Valley path as we sang in unison:-